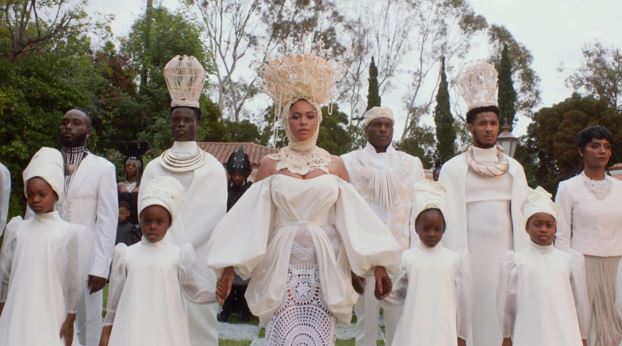 As the world recently mark the   133th birthday of Marcus Mosiah Garvey on August 17th, the founding father of Pan Africanism, much is appreciated on his effort to unite Africans both in diaspora and the continent itself.

In one of his quote the legendary Marcus Garvey said, “Be as proud of your race today as our as our fathers were in days of yore. We have beautiful history, and we shall create another in the future that will astonish the world.”

He may not be a live today but his spirit lives on many Pan Africanist ,among them is global celebrity Beyoncé Knowles Carter  who has awaken the spirit of Pan Africanism through her film ‘Black is King’.

The film which was released on July 31 at midnight and her   desire to create a Black planet could make the world forget about a global pandemic. She has lifted the veil of white supremacist thought that has dehumanized the African Diaspora. This movie reinforces the ancestral lineage of Black people as divine beings, born from the natural and spiritual forces of the universe. In the film, Beyoncé plays an omnipresent spirit who prepares the Black body to be born anew through the beliefs and practices of our ancestors who knew that to be Black was to be holy. “Let Black be synonymous with glory,” she says in a voiceover early in the film.

Beyoncé plays an omnipresent spirit who prepares the Black body to be born anew through the beliefs and practices of our ancestors who knew that to be Black was to be holy. “Let Black be synonymous with glory,” she says in a voiceover early in the film.

She immerses herself in the waters of the Middle Passage and rises on the coasts of Africa, developing a Diasporic ethnicity rooted in the lived experiences of a Black woman from the South yet aligned with a new African identity seeking to return home after centuries of enslavement.

“You’re swimming back to yourself. You’ll meet yourself at the shore. The coasts belong to our ancestors,” Beyoncé recites in tribute to Yemayá—an orisa, or deity, who is the mother of water and all living things in Ifá, a spiritual tradition of the Yoruba people in West Africa. In Diasporic traditional religions, water is the amniotic fluid of nourishment, a channel between the natural and spiritual, a connection to the divine feminine of the universe, a Black woman. Despite the film focusing on Black male ideas of kingship, Beyoncé’s role isn’t rooted in a patriarchal power dynamic of submission. In Black Is King, she’s the creator and source of humanity—the genealogy of the cosmos lives within her as she imparts knowledge to the first man throughout his development into king.

According to Black Is King Co-Director, Blitz Bazawule “I have always seen Blackness as a myriad of experiences. I’ve been to Salvador, Bahia, Brazil and if I close my eyes I might feel like I’m in Accra, Ghana. Sometimes you’ll be in Harlem, even, and you might think you’re in Dakar, Senegal. I’ve always seen it as a multiplicity, and this project was a phenomenal opportunity to see Blackness represented with universality. It was so many voices, all singing in a chorus in a way that I’ve never witnessed in my life. As a creator, it’s completely changed how I look at my art, how I look at Blackness in general, and how we communicate with each other globally.”

Bishop Joseph W. Tolton, President of Interconnected Justice www.icjustice.org has been championing the Pan Africanism through his work in the US and Africa.

“The political thread that weaves together Pan African sentiments is more alive than ever before. Beyoncé’s work is another catalyst for us to realize and demand that Black is synonymous with glory.”

During a Zoom Interview, he shares his views of Black Is King and the drive to celebrate and embrace Pan Africanism for economic empowerment.

Bishop Tolton also describes the challenges facing African-Americans are facing and the killing of George Floyd.

The film has created a ripple effect that has awaken the youth of African descent from Latin America,US,Europe  and Africa at large.

Ahmad Simmons a Pan Africanism activist from Brazil “Blackness is under attack every day in Brazil. Our society is deeply invested in erasing blackness. Beyoncé has reminded us that Black is King. We are inspired to put on our royal garments again. We are a part of the Diaspora. We are people of African descent.”

In DRC, Prosper Buguma urges the youth in Africa to bring Pan Africanism to the “street”

While in Haiti,John Sley & Annie  describes the state of the pan African movement in Haiti. “Haiti always stands as a leading force as we were the first to rid ourselves of slavery in the western hemisphere”

Back to Nairobi –Kenya Pastor David Ochar and Caroline Omolo of Cosmopolitan Affirming Church. They say that Africa must be ready to receive her children from within and from abroad.

Pastor Ochar further reveals that African youth needs to be empowered in order to fully understand their potential.

His sentiments are echoed b Pastor Caroline Omolo who is advocating for emancipation of African women both at home and diaspora.

From every corner of this continent the youth are rising up not only to embrace the Pan Africanism but to relate to their brothers and sisters in the diaspora. In DRC musicians from Goma came together not only condemn the killing of George Floyd, they responded to #BlackLivesMatter protests in the US around the police with this stunning music video. They use this video to remind African Americans that they are always welcome home, in Africa.

Perhaps it’s time for Africa and Africans descents to unite and create the United States of Africa just like it was in the dream of our forefathers and awakening of Pan Africanism through Beyonce’s movie Black Is King.