See you at the ballot, Kalonzo tells DP Ruto 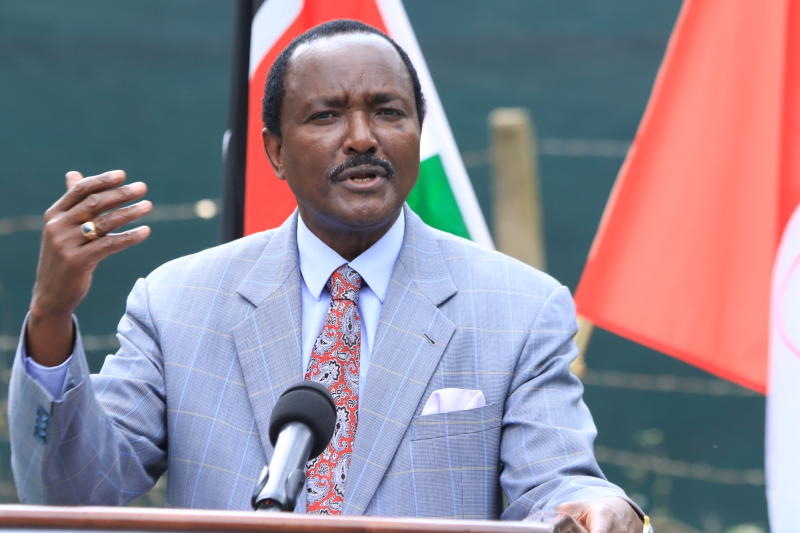 Wiper Party leader Kalonzo Musyoka (pictured) says he is not ready to team up with Deputy President William Ruto as his running mate in the 2022 General Election.

Kalonzo was reacting to a statement by his former ally Johnstone Muthama, whom he accused of misleading him.

“I am not ready to be Ruto’s running mate. Go tell him that I will be on the ballot come 2022,” he said yesterday.

Muthama, who parted ways with Kalonzo and announced his exit from the Wiper party, met his former party boss in public for the first time at Ngamba village in Wamunyu, Machakos County, where they attended the burial of a son of late veteran politician Mulu Mutisya.

The former outspoken senator addressed mourners before inviting Kalonzo to the podium. He said he had officially joined Ruto’s political camp and urged the Kamba community to rally behind the Deputy President in his 2022 presidential bid.

“I want to tell Kalonzo and those cheering him to run for the presidency that presidential campaigns are not village politics. Those who want to run for the seat will have to convene huge gatherings in Nairobi, Mombasa and in all regions across the country,” said Muthama.

But in a swift rejoinder, the Wiper leader told off Muthama for “leading the Kamba community in the wrong direction.”

“I will not allow you to mislead me a third time because you have failed me twice. I will be my own negotiator in national politics. So take a message to Ruto that we will face off in the ballot.”

The former VP blamed Muthama for orchestrating his fall-out with President Uhuru Kenyatta in the run-up to the 2013 General Election, saying Muthama had urged him to team up with ODM leader Raila Odinga.

Creditably, the ministry has done well to rally sponsors to come to the aid of athletes by distributing foodstuff to those who need it

By Winfrey Owino and Emmanuel Too | 4 hours ago

By Kamau Ngotho | 8 hours ago

By Steve Mkawale | 9 hours ago