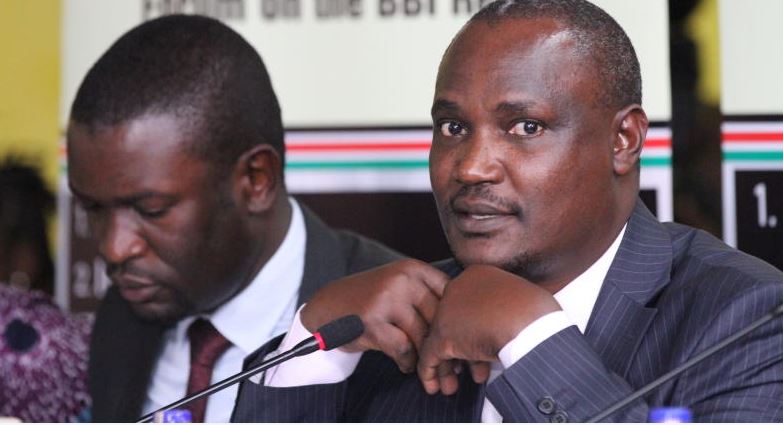 Opposition chief Raila Odinga’s Orange party has distanced itself from the failure by the Senate to pass the third basis for revenue-sharing formula.

Instead, the Orange Democratic Movement (ODM) has said that the passage of the formula is each senator’s individual responsibility and pigeon-holing the party and its leader is political mischief.

ODM chairman John Mbadi (Suba South) and secretary-general Edwin Sifuna (pictured) told off critics, saying each senator votes on the formula based on whether his or her county is losing or gaining funds.

“The revenue-sharing formula is a Senate problem and not of ODM or Raila’s making. Making the failure of the passage of the formula an ODM issue is dishonest and political mischief,” Mbadi said.

He said that each senator voted on the Irungu Kang’ata’s amendment to the Senate Finance Committee report on an individual basis since they are elected to protect their counties.

Mbadi was categorical that the voting pattern in the House was purely gainers versus losers, and questioned the sincerity of some of the Deputy President William Ruto’s allies on their stand on the revenue-sharing.

According to Mbadi, Senator Kipchumba Murkomen (Elgeyo Marakwet) voted against the Bill despite his county gaining in the proposed formula, while Susan Kihika (Nakuru), Aaron Cheruiyot (Kericho), Samson Cherargei (Nandi) and Christopher Langat (Bomet) supported the “population” parameter as the basis for sharing revenue.

“Why could Aisha (Jumwa) and her Tangatanga adherents not blame Ruto for the impasse on the revenue-sharing yet his allies voted in support of the amendment? Why can’t they blame him for forsaking the Coastal region?” Mbadi posed.

Last week, Owen Baya (Kilifi North) led a section of Coast MPs in castigating Raila and accusing him for failing to stand with them over the revenue-sharing formula.

“This is the highest form of betrayal. The debate and subsequent vote on Kang’ata’s amendments has exposed who our true friends are. ODM senators from Luo Nyanza threw the Coast region under the bus,” Baya said.

But in a stinging response, Sifuna told the Coast MPs that the party had expelled Aisha Jumwa (Malindi) and she is only still hanging on, thanks to a court order.

“It is public knowledge that the party expelled Jumwa eons ago and she continues to fraudulently hang onto her seat courtesy of a court order. She and her acolytes cannot therefore purport to cut links that don’t exist....,” Sifuna said.

He said Raila was popular among the masses in the larger Coast region because of what he stands for: coastal land rights, devolution, education, employment rights and mainstreaming of minority issues.

He said that it is the party’s strong stand on such issues that routinely invites the ire of opponents, led by people who like taking advantage of ignorance of the populace to enslave them.

“Devolution has been referred to in many fora as ‘Raila’s baby’ or ‘ODM’s legacy’, a reference that we accept with honour and humility, knowing the fight it took to have it woven into the 2010 Constitution,” he said.

“It is not in our place to tell the MPs what their role should be. A majority of the members who issued the statement are not even members of ODM and the few who are have had long-known leanings to the Tangatanga side of Kenyan politics, making their views very easy to contextualise,” Sifuna said.