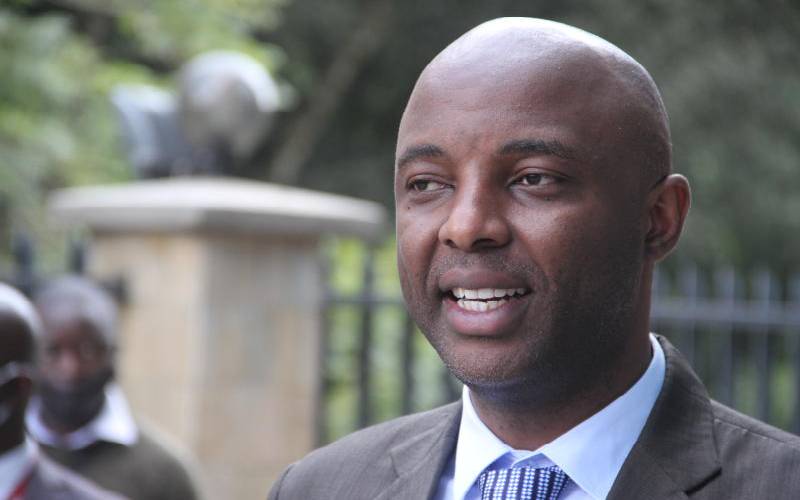 Most senators want no county to lose a single cent in the new revenue sharing formula developed by the Commission on Revenue Allocation (CRA).

The Standard has established that at least 30 senators are in support of a motion by Nairobi’s Johnson Sakaja seeking to ensure no county gets reduced allocation based on the third formula that will see regions that have been receiving a higher allocation because of their huge landmass and high poverty indices, get less.

The move by senators backing Sakaja has created further divisions on the hotly contested formula the commission forwarded to the Senate for consideration.

There are those that, while their regions are gaining, are backing Sakaja’s motion.

Sakaja, Kithure Kindiki (Tharaka Nithi), Mohamed Faki (Mombasa) and Abshiro Halakhe (Nominated) have vowed to reject any proposal that will see any allocation to any county reduced while others gain.

Kindiki, who spoke on behalf of 18 other counties, argued that the formula being pushed by a section of senators, led by Murang'a's Irungu Kangata (pictured), is highly divisive and meant to victimise some regions.

“Senators who were misled that their regions would benefit from the formula have said they are in solidarity with us. To hurt one county is to hurt all. We shall fight on the floor of parliament and if need be, in the corridors of justice. In the unlikely event that we lose the battle, we shall take the matter to the people of Kenya,” said Kindiki.

Sakaja said his proposal has two components where each county will get Sh316.5 billion. The equitable share will then form a baseline for additional allocation during the three years that revenue generation formula will be in place.

“No one should use BBI as a threat. BBI is not a favour to any part of the country against the other. It is about the entire country moving forward and about every Kenyan having the same access to opportunities,” said Sakaja.

The way it is with Mike Gitonga; Looking at the Kenyan Political scene Monday 18th April 2016

The way it is with Mike Gitonga; Looking at the Kenyan Political scene Monday 11th April 2016

Deeney fails to rule out leaving Watford after relegation heartbreak

Watford captain Troy Deeney did not rule out the possibility that he may have played his final game for...

By Patrick Beja and Nehemiah Okwembah | 56 minutes ago

By Moses Nyamori | 56 minutes ago