Salat: We are rebranding Kanu to fight for our stake 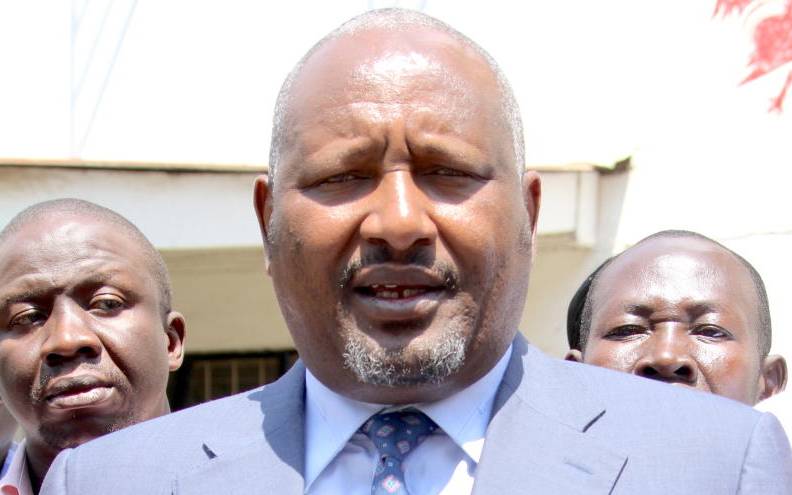 Kanu Secretary-General Nick Salat (pictured) has revealed that the party is on a revival path to recapture its past glory.

Appearing at a morning show on Spice FM, Mr Salat said that executive leaders of the oldest party have been considering options to rebrand it as they team up with like-minded individuals.

He said that they are working with the youth to attract young membership. He said some of the changes may involve the colours and emblems of the party.

“We may just slightly tinker with the Jogoo to relate with the youth. We have a couple of designs once we make a decision we will present it to the country and say that this is our new Jogoo,” he said.

Salat said they were working with other parties supporting the Building Bridges Initiative so that the country can achieve the elusive inclusivity, that has been witnessed since the exit of Kanu regime.

His remarks come barely a week after Kanu Party leader Senator Gideon Moi was handed the iconic baton by his elder brother Raymond Moi during the funeral service of their father, Daniel arap Moi.

While handing over the baton, under the watch of Kalenjin elders, Raymond said that he was giving his brother his blessings to steer the leadership of Kanu and revive the party to its former status.

The baton was a replica of the iconic one which was carried by former President Daniel arap Moi, famously referred to as “Fimbo ya Nyayo”.

The ceremony took place at Mzee Moi’s Kabarak Home, in Nakuru, where he was buried on February 12.

Salat said that the handover may have been planned and blessed by the former president before his death.

Salat rubbished the notion that the party had been hit by a power vacuum after the death of former President Moi.

He said that Kanu supports the re-introduction of the position of executive Prime Minister and two deputies arguing that the extra post will help accommodate various ethnic groups in leadership.

According to Salat, when political appointments are diverse and cover various communities, most Kenyans from such ethnicities will feel a sense of belonging in the executive.

Kanu, a party that was once one of the dominant political parties in Kenya is fighting to hold a grip in entire Rift Valley where Jubilee currently commands immense support.

As for Mr Salat, the decline in the number of legislators being elected on Kanu ticket is a problem that cannot be attributed to the strategies of the party.

He said that the influence of the power of ‘deep state’ and rigging have increased the party's their woes, as most of its candidates suffer at the ballot box.

“The way elections have been conducted is what Kenyans are complaining about. We suffer from rigged elections,” he said.

That the party has more legislators from other regions is enough testimony that something wrong with elections in Rift Valley, he said.

Salat said the party was prepared to challenge the notion that DP Ruto commands support in the Rift Valley. He, however, said that the situation can be tied to resources.

“It’s not going to be a walk in the park but we are up to the challenge. He [Ruto] has had the machinery and we don’t have that…It will be a decision of the people,” he said.

He said that the party has embarked on recruiting youthful leaders to occupy high positions in the party so that they can inject in fresh ideas.