Announcing the move, Elgeyo Marakwet Senator Kipchumba Murkomen said the first meeting will be held in Nakuru on February 8, to ease “greater participation” in the BBI process.

The leaders have raised concern over how the ongoing Building Bridges Initiative (BBI) rallies are being conducted.

“We have noted with concern the manner in which the BBI rallies have been conducted so far. This is in contrast to the original agenda of the initiative,” said MP Didi Raso.

The about 173 legislators were holed up in a closed-door meeting in Naivasha on Monday to discuss the ongoing BBI rallies.

The leaders, mostly allied to Deputy President William Ruto want the BBI taskforce and its chairman Yusuf Haji to urgently release the schedule of public meetings preferably in every constituency.

This, they say will ensure that all Kenyans take part in people-centred discussions.

The Naivasha meeting has raised speculation over its motive.

Parliamentarians allied to President Uhuru Kenyatta snubbed the retreat organised by DP Ruto’s camp, arguing that it had been disguised as a forum on constitutional reforms.

The lawmakers dismissed the meeting as selfish and one out to divide the country through holding parallel gatherings of BBI rallies.

However, Kandara MP Alice Wahome who was one of the conveners of today's meeting, said that they are holding the meeting merely as Jubilee MPs serving in government.

“We want Kenyans to desist from labelling us names. We are here to discuss issues around BBI and issues affecting Kenyans,” she said in an interview with KTN News.

Denying that it was a  Tanga Tanga meeting, Wahome, who recently criticised President Uhuru Kenyatta accusing him of reversing Kenya's democratic gains, was quick to add that the solutions Kenyans were looking for were not in the BBI document. 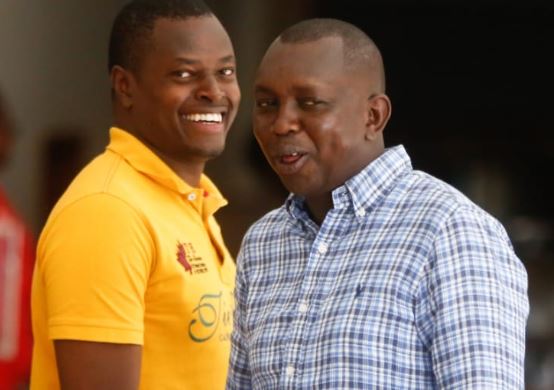 Gatundu South MP Moses Kuria, who is one of the conveners, had portrayed the forum as a Jubilee Parliamentary Group meeting, saying it would come up with Jubilee’s official position on the BBI.

“We are gearing up for the first official Jubilee Parliamentary Group meeting since the release of the BBI report. We shall come up with the official Jubilee position on the BBI scenarios to be presented to (Senator Yusuf) Haji’s team,” said Mr Kuria, adding that the meeting would also come up with a strategy for the 2022 elections.

In this latest bid, the idea of holding a retreat was presented following a meeting the DP’s allies held in Nairobi last week where they resolved to come up with a schedule of parallel BBI sensitisation meetings.

This image has been manipulated to feature doctored writing