The Orange Democratic Movement (ODM) has lashed out at leaders in the National Super Alliance for fielding candidates in the Kibra by-election.

“If there was any remote chance that this guy (Mudavadi) was going to be made a compromise candidate in 2022, that ambition dies in Kibra. That matter is now finished because they have declared war on the ODM party,” said Mr Sifuna.

Sifuna spoke at AIC Grounds in Kibra yesterday during a meeting with the party’s branch and ward leaders and delegates.

ODM has previously stated that Kibra is a party stronghold and it is fronting Bernard Imran Okoth to contest in the November 7 mini-poll. ANC has settled on Eliud Owalo, while Ford-Kenya picked Khamisi Butichi.

“There is no longer any political holy ground,” said Sifuna, adding that because Mudavadi and Wetang’ula were “spoiling for a fight”, ODM would field candidates in Mululu and Bungoma, which are considered the two leaders’ strongholds, respectively, in the 2022 General Election.

ODM Chairman John Mbadi also chided Mudavadi over a statement he claimed he had made following Raila’s swearing-in at Uhuru Park last year.

“And my brother Mudavadi, you waited for Raila’s call during his swearing-in ceremony. Why didn’t you wait for his call this time round? Why did you field someone without waiting for his call?” Mr Mbadi posed.

Sifuna claimed parties that fielded candidates in Kibra would fail because the constituency “remains the bedrock of ODM party”.

Mr Okoth, who won the ODM Kibra nominations, promised to work with residents. He said he had managed the constituency’s affairs during the period his brother, Ken Okoth, had been battling cancer.

“Winning the Kibra seat, as l am confident l will, will be a continuation of the things l have done in the past two years,” he said, adding: “We will continue to build schools, give bursaries and seek scholarships for students.”

Mr Wanyonyi said they would do everything possible to win the seat. “I have been holding the Kibra seat since the death of Okoth. I want you to vote for Imran so that he continues with the work his brother was doing.”

Mr Kajwang’ said Kibra could only be managed by people who had lived in the constituency because they understood the residents’ problems.

“Those who are coming here and are not residents of Kibra are posing a security threat to residents. We are going to protect our home,” he said.

Kajwang’ told Imran Kibra would be easy to win if only he remained humble to the residents, was faithful to ODM and respected party leader Raila.

Mr Junet claimed Jubilee’s candidate McDonald Mariga could not win the seat because he was a “foreigner”.

“I am from Suna East. l am a visitor in Kibra just like Mariga. However, we have come to meet and talk to our party members. And we believe in the affairs of our party.”

Junet asked the delegates to remain united and committed if they want to win the seat.

The leaders also took a swipe at the media, alleging that some stories published were “propaganda”.

Sifuna said it was not true that the party had refunded ODM aspirants who failed in the party nominations.

“The aspirants who failed in the ODM primaries agreed to work together and the money we gave them was meant to be used as they campaigned for Imran,” he said.

Mbadi admitted that there were “minor issues” during the primaries. He congratulated the aspirants for conducting themselves in a civilised way and agreeing to support the winner.

“Jubilee has no candidate in Kibra. What you are witnessing is the fake Jubilee-Tangatanga’s candidate. Have you seen Uhuru present a candidate to you?” he asked.

A letter dated January 7, 2010 from the Ministry of Lands states that Olaka is the owner of the property. 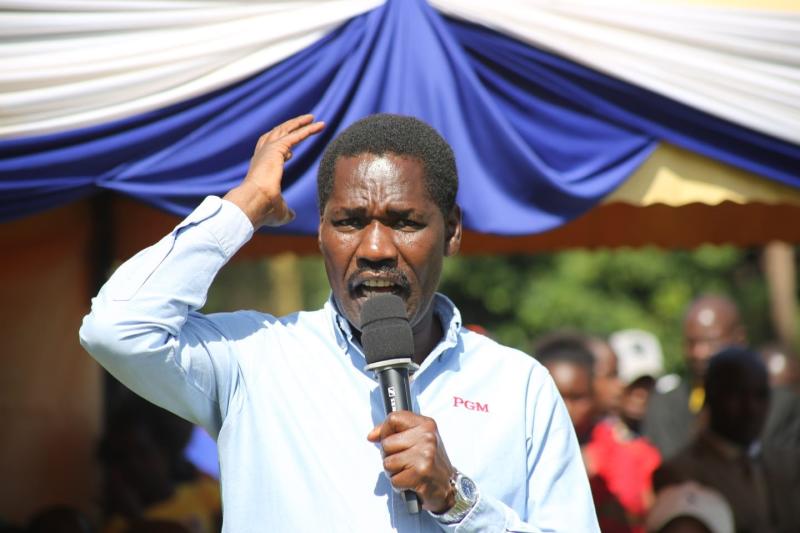 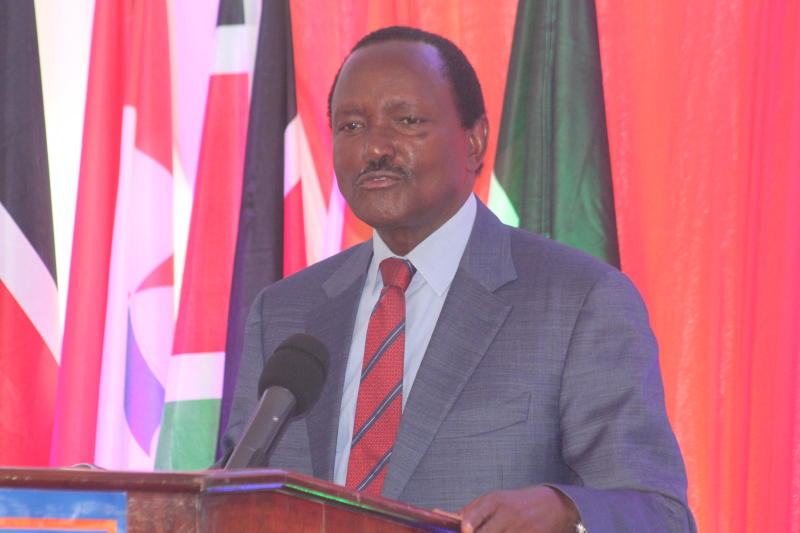 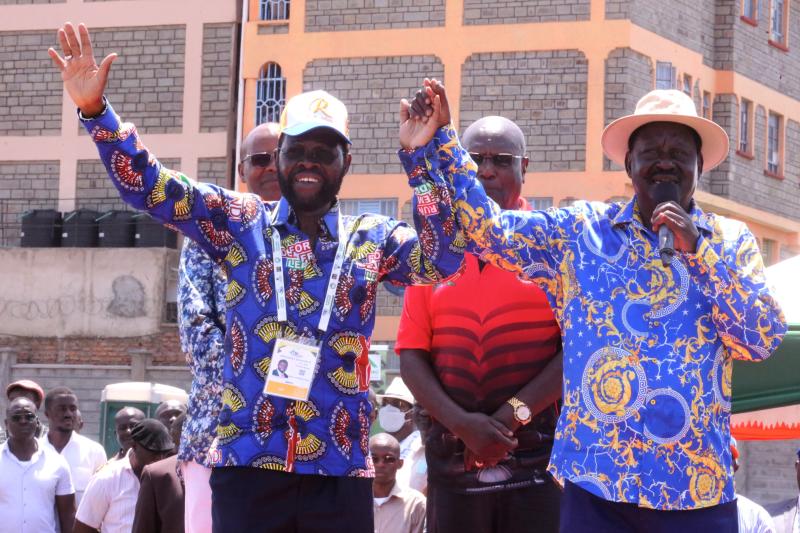