Why credible nominations are a mirage in big parties

Party officials and other political players concur that parties are too ‘broke’ to conduct ‘serious’ nominations.

There have been concerns that the outfits are gasping for breath because they have been starved of funding from the political parties kitty.

“There is no party which has the capacity to hold nominations especially when it has no cash. For instance, government owes ODM Sh4.5 billion which could have been spent on addressing the teething nomination challenges,” says Raila.

Elections: Why we ought to keep the peace and what each one can do

Parties also don’t have legal instruments to secure polling stations, develop a clear register and hold those tasked with overseeing the polls to account.

Cases where two returning officers declare parallel results and give provisional certificates to two people contesting the same seat have been widespread. “Elections are complex. We are asking parties not to undertake an election without funds, capacity and institutional framework. This is simply impossible. We should actually praise parties that attempted the exercise,” IEBC commissioner Dr Rose Akombe says.

Registrar of Political Parties (RPP) Lucy Ndung’u says much as Parliament has been depriving parties, the outfits themselves should entrench order within their systems.

“Parties’ rules and regulations must be implemented. But the issues can be better addressed if parties are fully funded in accordance with the law,” Ms Ndung’u said.

Meru Senator Kiraitu Murungi says the shambolic nominations witnessed across the political divide undermines the constitutional requirement of free, open, transparent and accurate elections where the will of the people carried the day. “Elections are a process; there is no way you separate primaries and the main election. If primaries are unfair, then you can’t expect the General Election to be any different. Primaries have been characterised by chaos, confusion, open riffing and all manner of electoral malpractices which largely go unpunished,” he said.

The former minister regretted the refusal by the Independent Electoral and Boundary Commission (IEBC) to supervise the exercise, saying that could have cured the malady of the chaotic nominations.

“The chaos and confusion being witnessed is not an accident. It was foreseeable as we are aware parties don’t have resources, personnel and logistical capacity to conduct free and fair nominations.”

His assertions are shared by Jubilee Party vice chairman David Murathe, who argues that parties need assistance with capacity building.

He cited his own party which was forced to allow anyone with just an Identity Card to vote as opposed to only duly registered members.

“By not using the membership register, we opened a window for people who were not in the register to vote and the list used could not stop people from multiple voting. If parties are not supported to build their capacity, then this will always persist,” he said.

“Murathe added: “We invited IEBC to conduct our nominations but it declined after our rivals (ODM) threatened to move to court. This turned out to be a logistical nightmare.”

“Parties have tried. There is slight improvement from 2013 but the capacity to manage the logistics is what they lack,” Kegoro said, adding that parties should explore other options like postal balloting similar to the method used by Law Society of Kenya (LSK).

By Kevine Omollo and Kepher Otieno | 57 minutes ago

By Benard Sanga and Patrick Beja | 57 minutes ago 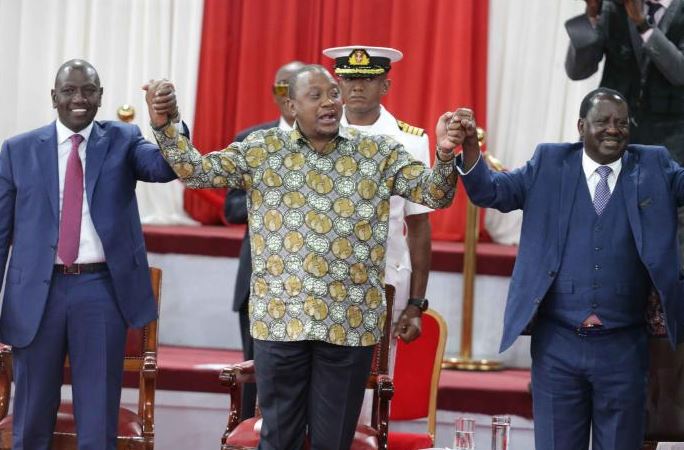 By Special Correspondent | 57 minutes ago