By Peter Kimani | 11mos ago

It feels strange to address you as DP when your own boss claims you haven’t been sighted at the work place for a while. Of course, it’s not accurate to say you have not been working, as you clarified you have been in fieldwork, working from a car.

But since the supposition that you’d be out of work in the likely scenario you don’t clinch the State House in the August race, it’s good to consider other options. In your own words, kazi ni kazi.

Which brings me to your excellent suggestion this week. From your thorough research on regional integration, you said you’d found that the great people of the Democratic Republic of Congo (DRC), all the 90 million of them, do not have a single cow to produce milk for their citizens.

Well, it is unlikely that a single cow would have made any difference. Anyway, so I wonder where you were going with that line of “one cow.” Since I am not privy to your thought process, I can only speculate that the idea of “one” was appealing as it is the independence party Kanu’s symbol. And that’s where you cut your teeth, some 20 years ago

But DRC’s population then wasn’t 90 million, so it’s a little confusing. I’m digressing, though. What we need is to set you up quickly as the region’s next big milkman, now that you have made your big declaration of tapping into DRC’s massive population by selling milk.

The only difference is that in the fullness of time, Rhumba, the DRC’s best-known export to the world, was honoured recently by the UN cultural body, UNESCO, as a world heritage that has preserved the history, culture and aspirations of a people, and to some extent, continent. The crooks in our midst, on the other hand, are waiting for their day of reckoning and possible jail-time.

In any case, since your post-high school education focused on botany and zoology, it appears you are not conversant with the history and contemporary politics of DRC. It is potentially the continent’s richest nation, vested with almost all the metals that the world needs — including coltan that’s used to make mobile phones.

Even the uranium that was used by the Americans to develop the two atomic bombs that they dropped on the Japanese cities of Hiroshima and Nagasaki in early 1940s came from DRC. Don’t ask me how the Americans knew they could find uranium in the bowels of the Congo.

To spare you further blushes, I’ll recommend a dive into Susan Williams’ White Malice:  The CIA and the Covert Recolonisation of Africa. It details the Cold War politics and Americans’ efforts to destabilise the continent by ousting (and killing) African nationalist leaders, including Patrice Lumumba, the DRC founding Prime Minister, who resisted the exploitation of his country by foreigners.

Then you should learn some “ndombolo” moves and the newest acts from Kinshasa. Kanda Bongoman ruled the roost in the last century! 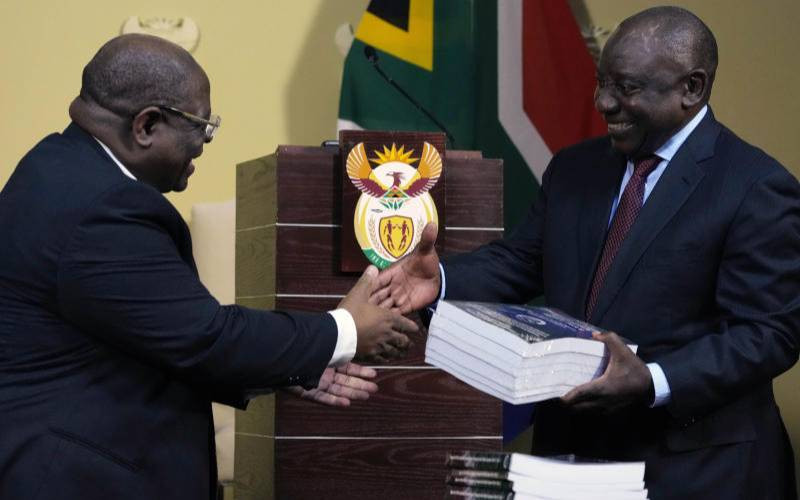 Link between crime and politics in South Africa raises concerns
Africa
By The Conversation
49 mins ago
Items you need to set up a home gym
Fitness
By Eve writer
49 mins ago
Premium Why colonial settlers named cows after Kenyan MPs
National
By Amos Kareithi
54 mins ago
Premium Confusion mars junior secondary takeoff
Education
By Standard Team
54 mins ago
.

By Paul Ogemba 54 mins ago
Premium Tarus Sh159m corruption case dropped as there is 'no evidence'
.