Moses Kuria stooped too low by bringing up oaths and rites

By Mike Nyagwoka | 6mos ago

The upcoming election must not degenerate into an argument about ancient oaths and initiation procedures that may mean very little today. What Gatundu South MP Moses Kuria is trying to do, is clutch at straws as a sign of desperation.

Yet, the political space offers him enough means and ways to woo voters without stooping that low. The oath, the outspoken Kuria is talking about, allegedly took place in 1969, led by then-President Jomo Kenyatta.

Historians claim it was to deter the GEMA community from electing an uncircumcised person to lead them. Some have mentioned though that the oath was meant to keep the seat of power within the house of Mumbi.

At the time, senior Kenyatta’s greatest political challenger was his former Vice President Jaramogi Oginga Odinga. Then, as it is now, it was a desperate attempt of inciting a community against Jaramogi - his challenger, given that another election was approaching. That attempt was resisted by the church led by PCEA clerics.

Many are said to have been forcefully taken for the oath with milk replacing blood for those who had professed Christianity. The oath caused trauma and death as the church warned against the danger of the community isolating itself.

We must first agree that circumcision is just a form of initiation into adulthood. There were many others with the one done in Luo land being the most painful, that involved removing six lower teeth.

Secondly, one can be circumcised without being initiated into adulthood. Today, we have days old babies being circumcised. Even for those circumcised at 10 years or more, it rarely involves teachings and ceremonies that made it a community event except for a few communities.

For most, it is now a walk-in walk-out procedure in hospital. No one can even tell who is circumcised or not and whether that circumcision served the purpose of initiation or just a medical procedure.

Still, Kuria should not lie to the Gikuyu community that they will be cursed for voting for Raila. No community elects a person, individuals walk into polling stations as voters and choose individually. For the four times Raila has run for the presidency, he has always gotten his share of votes from the Gikuyu and the larger GEMA community. Some have professed so, publicly.

Finally, this is a discussion we must run away from, for it also carries with it parts of our history that we would rather forget. A history of hate forced upon communities by leaders simply chasing their selfish ambitions.

Guinea removed as host of 2025 African Cup in latest switch
Football
By Associated Press
21 mins ago
Russia withdraws troops after Ukraine encircles key city
Europe
By AP
51 mins ago
Juicy crime stories on DCI Facebook and Twitter pages stop as Ruto settles in
National
By Brian Okoth
1 hr ago
Why we must allow KQ to beat the turbulence
Leonard Khafafa
By Leonard Khafafa
1 hr ago
. 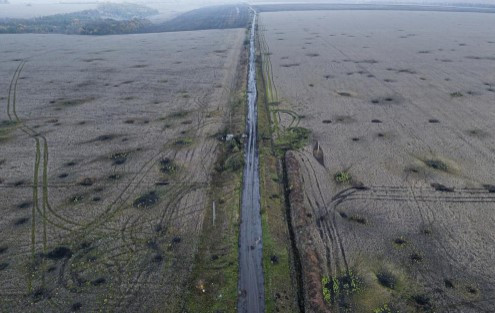