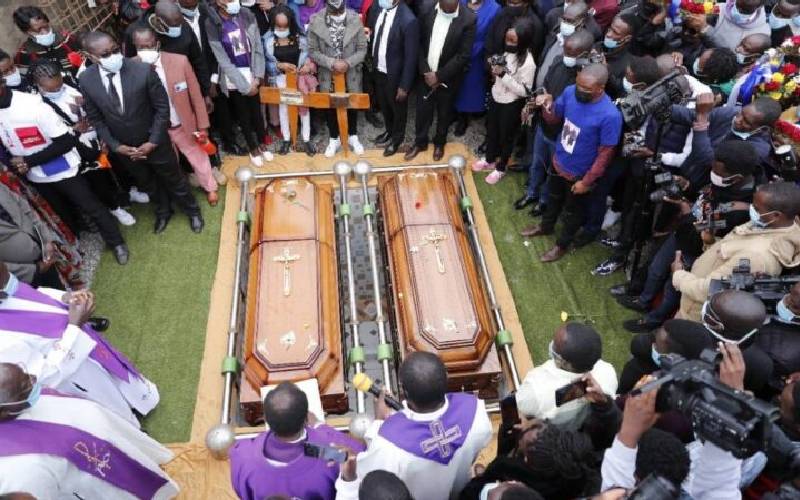 Calls for justice dominated the funeral service on Saturday of two brothers who died in the hands of police in Kianjokoma, Embu County. Residents accused police of being responsible for the deaths of the brothers who had been arrested outside during curfew hours.

None other than President Uhuru Kenyatta has called for full investigation into the deaths. That must be done. There have been far too many deaths in the hands of police officers during the Covid-19 pandemic period. Only thorough investigations can rule out the involvement of Embu police in the brothers' death. One wonders where police were if indeed the brothers jumped out of the truck as has been alleged.

There too many questions over the deaths. Investigators should not leave any stones unturned. They should come with concrete answers on what exactly happened and punish those that could have deliberately or otherwise caused the deaths of the young men.

Notably, two of the eight presidential elections that have taken place since 1991 followed the deaths of sitting presidents.

By Rosemary Nzuki | 15 hours ago

By Isaac Kalua Green | 16 hours ago