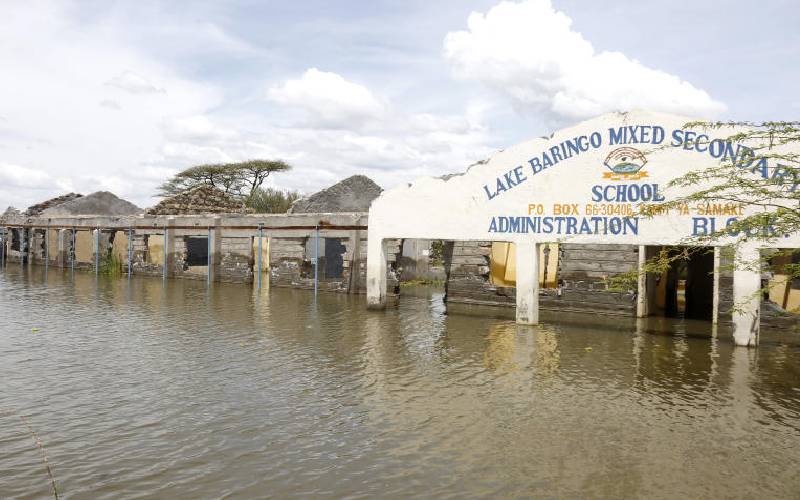 Over the last 100 years, climate change has been a global issue. Rising temperatures, rising sea levels, coastal erosion and extreme weather events like floods, landslides and severe droughts are some of the manifestations of climate change.

Rainfall patterns have become unpredictable. Droughts and floods have become more intense, leaving behind a trail of destruction and deaths. Specifically, droughts and floods have contributed to the displacement of persons; an upsurge in mosquito-borne diseases such as malaria and dengue fever; cholera outbreaks in some counties; loss of livelihoods; local conflicts over resources; and food insecurity.

Studies show that women face higher risks and greater burdens from the impact of climate change. When floods and drought occur, women’s role as primary caregivers and providers of food and fuel becomes compromised. When wells and water sources run dry, women travel long distances in search of water. Longer dry seasons mean that women work harder to feed and care for their families.

With this knowledge, national and county governments have to put more consideration into the application of Indigenous Knowledge (IK) in climate action. By relying on biodiversity and natural resources for many centuries, indigenous communities have acquired immense and extensive knowledge of the resources around them and also on wildlife, plants, land-use patterns, seasons, climate, water and soil. But often, governments and their partners have ignored IK in the development of climate change programmes and projects.

Ogieks sharply divided over who to replace late Prengei in Senate

The result is that some initiatives fail to take off due to lack of integration of traditional and local resources. The Ogiek community has relied on forest honey and herbs for food and medicine for centuries. The Samburu community possesses rich IK on wildlife species. Additionally, IK remains the engine in many rural livelihoods as a source of food, medicine and fuel.

The infusion of traditional knowledge with modern technologies in climate action is critical. It guarantees that traditional resources, ideas, goals and aspirations of local communities are recognised when both governments design climate action programs and projects. Also, not all countries have the capacity to deal with the impacts of climate change using sophisticated technology.

Capitalising on traditional knowledge can lead to the development of effective mitigation and adaptation strategies that are cost-effective, participatory and sustainable. Worthy of note is that we are not short of a policy and legislative framework for the application of IK.

The 2015 Paris Agreement urges member states to make use of IK in climate action. The Constitution of Kenya, the Climate Change Act of 2016 and the Protection of Traditional Knowledge and Cultural Expressions Act of 2016 have all anchored IK in Kenya’s legal framework. What needs to be done now is to scale up the implementation of IK related policy and law so that IK can be robustly used by policy-makers.

National and county governments should consider the following strategies: codification of IK budgets; setting up clear structures of integration that will facilitate identification of the traditional knowledge holders and link them with the policy-makers; increasing the capacity of policy-makers so that they can appreciate the important role IK plays in climate action, and establishing mechanisms that will support regular and systematic documentation of IK in order to secure inter-generational transfer of this knowledge.

Ms Mogeni, MBS is Chief Executive Officer of the Council of Governors

The court began contempt proceedings against the NLC chairman Gerishon Otachi and chief executive officer Kabale Tache for the payment.

Get to the bottom of rot in bursary allocations

By David Makali | 6 hours ago

As we celebrate achievers, we should name and shame the looters
;
Feedback