Kenya is defending its integrity by sending refugees back home

Among the challenges facing post-colonial African states was the handling of refugees and it took time for the OAU, in Nairobi, to adopt its 1981 refugee charter. Before then African states behaved as if only remnants of white settler colonies created refugees. Even then, few countries agree to bear the refugee burden and Kenya often finds itself alone in sheltering refugees.

What's more, powerful countries talk much about looking after refugees but do little to help cater for them. Along the way in time, Kenya took Milton Obote and Idi Amin generated refugees from Uganda, refugees from the unending Sudan civil war, and from disrupted Ethiopia after the Haile Selassie ouster. Refugee accommodative Kenya set up Dadaab in Garissa for Somali refugees in 1991 and Kakuma in Turkana for Sudan/Ethiopia refugees in 1992. Kenya’s humanitarian gesture backfired as Dadaab and Kakuma stopped being temporary rescue centres for desperate people and turned into permanent self-perpetuating and thriving settlements with extra-territorial privileges. Catering for foreign interests, whether as supposed refugees or as international refugee functionaries, the camps became threats to the host country.

Militias and irredentists infiltrated the camps and turned them, particularly Dadaab, into operation hubs for terrorism and related security threats. Having failed to grab Kenyan land through the shifta war, irredentist strategists seemingly focused on acquiring by stealth what they could not achieve through arms. They saturated refugee camps as conduits of penetration and, in doing so, appeared to have unlimited amount of money to advance inherent irredentist interests. In addition, the camps apparently became Western recruiting ground for Somali proxies in their geopolitical calculations in Eastern Africa. This made Norway and Britain, good at long term scheming, largely responsible for fresh thrust in Somali seaward irredentism.

Both Norway and Britain appeared determined to punish Kenya for not being an obedient client state; grabbing Kenyan sea wealth through proxies in fragmented Somalia government was attractive. This largely explains Kenya’s role in creating the Federal Transition Government, in Nairobi 2009, only for Somalia to become proxy to anti-Kenya Euro interests. Should concerns for big power views and for ‘humanitarianism’ in the name of refugees become license for destroying the Kenyan state or for destabilising the region including Somalia using Kenyan soil?

Although the answer was in the negative, there was no clear way out. Subsequent suggestions included relocating the camps out of Kenya, closing the camps, and Kenya resigning to its big power allotted geopolitical fate. The latter option meant ignoring threatening behaviour in the camps. Assistant Minister for Internal Security Orwa Ojode, ‘Serkal’, floated the option of UNHCR relocating the camps inside Somalia that was progressively being secured. It did not sail. Another suggestion was to close the camps. This kept running into domestic and international obstacles as being impractical, inhumane, and internationally illegal. In 2007, for instance, when the West appeared bent on ‘regime change’ in Kenya and more ‘refugees’ were at the border demanding to get into the country, Foreign Affairs Minister Raphael Tuju wanted the border closed. He in 2009 demanded closure of the camps because they engaged in security threatening activities.

Similarly, in 2016, Interior Minister Joseph Nkaissery, besides trying to build a border wall, had suggested the closure of the camps because they threatened national security; instead, Kenyan courts stopped him. When Interior Secretary Fred Matiangi’s recently demanded that the UNHCR come up with plans to close the camps, therefore, his action was in line with past security thinking. But it was more because Matiangi’s suggested action, at a time of geopolitical global realignment, is essentially self-defence.

First, Somalia’s engagement in maritime irredentism implies that it has ability and resources to take care of its people. Asking Somalia to take and look after its people is another way for Kenya to assist Somalia rebuild itself and to lessen the burden on Kenya to concentrate on its domestic problems.

Second, refugees are not allowed to threaten the survival of the host state; the host has inherent natural rights to safeguard its interests. Survival is a key interest. Since the camps continue to threaten Kenya’s survival, thoughts must be given to that reality.

Third, the reality of the well-meaning refugee ‘rescue centres’ being transformed into permanent settlement for Somali irredentists amounts to a stealthy annexation of Kenyan territory which should concern host country policy makers.

Fourth, some members of the international community are deceptive when they press Kenya to shoulder refugee humanitarianism alone. They fail to give necessary refugee support even as they encourage maritime aggression. These realities make Matiangi’s move an act of Kenya’s self-defence. 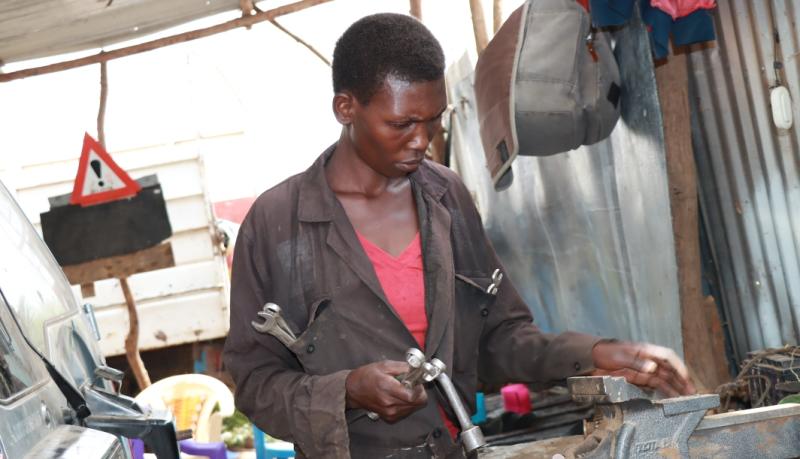 Premium Burundian refugee finds solace as mechanic at Kakuma
Jacklyn Amina arrived in Kakuma Refugee camp from Tanzania nine years ago. The mother of six has turned into a successful mechanic.
Rift Valley
By Bakari Ang’ela
3 months ago 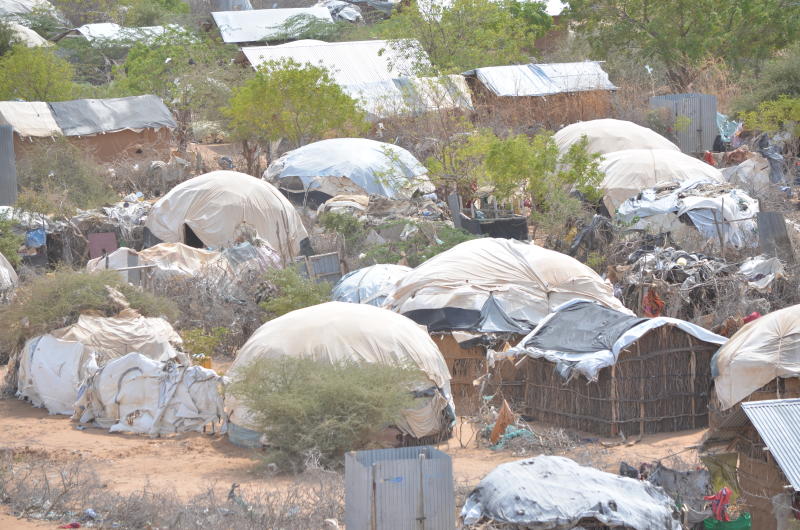 14,000 Kenyans in refugee camps to get ID cards
At least 14,000 Kenyans who lost their nationality and acquired refugee status can now celebrate after the government agree to issue ID cards.
National
By Abdimalik Hajir
5 months ago
.

By Editorial 3 11 hours ago
Zoning an affront to aspirants, democracy