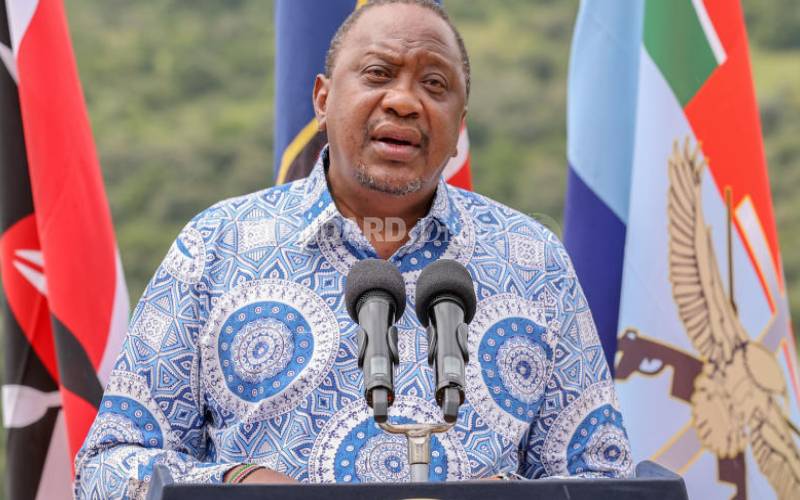 The hint by President Uhuru Kenyatta (pictured) that he might champion calls for Kikuyus and Kalenjins not to field presidential candidates in 2022 elections since their members have ruled the country since independence raises fundamental issues that need serious interrogation.

Firstly, ODM leader Raila Odinga, who is eyeing the presidency in 2022, has backed the president’s call. The two leaders are also opposed to the hustler-versus-dynasty politics advocated by Deputy President William Ruto.

Those backing them are drawing parallels from Switzerland and Nigeria which have similar political arrangements. In Switzerland for instance, the seven-strong Federal Council is guided by the unwritten principle of collégialité or consensus where members pick one to sit as president for a one-year term.

The seven members serve for four years on the council and there have never been an attempt to oust them before their term expires. But for Switzerland, which by 2019 had a population of 8.57 million, rotational presidency is not based on ethnicity but parties.

Another parallel being drawn is Nigeria and again like Swiss, the presidency does not rotate around the over 250 ethnic groups but between the North which is Muslim dominated and South which is Christian dominated.

The arrangement, known as zoning, obliges the major parties to alternate the presidency between northern and southern every eight years.

In the arrangement, if the president is from the North, the vice president must come from the South and vice versa.

It was consolidated during Nigeria’s first two democratic transfers of power — in 1999 and 2007 — and alleviated the southern secessionist pressures that had festered under decades of military rule by dictators from the North.

The mechanism has helped keep peace but it is not without challenges. For instance, in 2009 when then President Umaru Yar’Adua, a Muslim from the North, died in office, his southern Christian vice president Goodluck Jonathan succeeded him.

But the move set the stage for an acrimonious split within the ruling People’s Democratic Party (PDP) over whether Jonathan ought to have finished Yar’Adua’s term or run to retain the office in the 2011 election.

In the end, Jonathan ran and won in 2011 but not before 800 people were killed in riots in the North after PDP allowed him to contest.

Coming to Kenya, rotating the presidency among the 43 tribes (which includes the latest, Makonde) will mean that if the president goes for two five-year terms, the tribe last on the list will have to wait 420 years for the presidency.

There is also the question on the criteria to be used to determine the tribes that should top list.

Curiously, the rotational presidency is not captured in the BBI report, a document meant to unify the country.

Furthermore, the Constitution is clear that one can be elected president regardless of their tribe so long as he or she has the ability, vision and plans to transform the country. As Farmers Party, we reiterate that those who have ruled this country are not tribes but individuals.

It is also imperative to note that the country’s closest model to collegia presidency was formation of the National Rainbow Coalition (Narc) in 2002 elections but which sadly ended disastrously. Narc came about when the Mwai Kibaki-led National Alliance Party of Kenya allied itself with the Raila-led Liberal Democratic Party.

In the campaigns, they formed the Summit which was to guide decision-making. But the Summit collapsed once Narc assumed power with the ensuing disagreements between members over the constitutional referendum leading to the final breakdown. The collapse of the Summit hatched the seeds that birthed the 2007/08 post-election violence that left scores of Kenyans dead.

It could be dangerous to disqualify presidential contenders on the basis of their tribes.