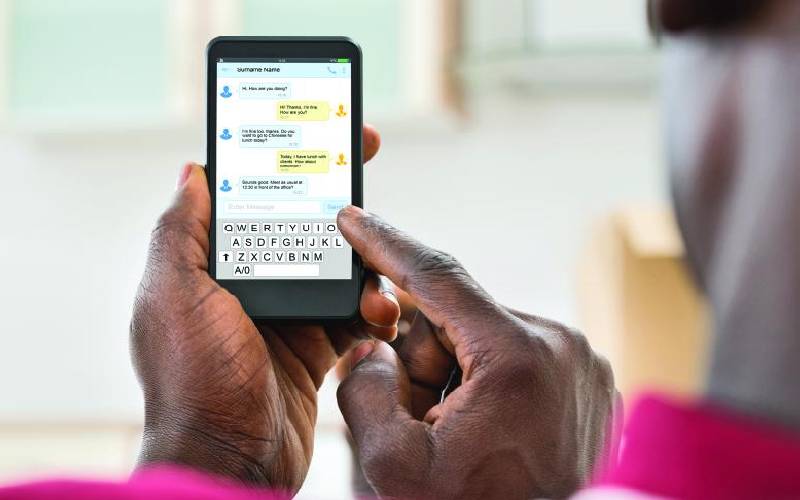 Last month it was reported that the government could snoop into our phones, and generally have unfettered surveillance on Kenyans. This is because President Uhuru Kenyatta signed into law the Statute Law (Miscellaneous Amendments) Bill 2020 that amended Section 6 of the Official Secrets Act.

This should worry citizens and institutions, as the amendment may affect how we communicate. While surveillance backed by technology may be key in the protection of children, cybersecurity and for anti-terror initiatives, it has faced criticism for being the basis of discrimination, coercion, blackmail and extrajudicial action by the State.

There is also genuine fear that unregulated surveillance would allow the State to snoop on corporate entities’ trade secrets and strategies for the benefit of competitors. Concerning individuals, such surveillance would erode one's right to privacy.

As for government critics, unbridled State surveillance erodes their intellectual privacy and limits the space within which they may have initiatives challenging the government’s policies and actions.

Until recently, Section 6 of the Official Secrets Act allowed the Internal Security Cabinet Secretary, in ‘public interest’, to issue a warrant to require any person who owns or controls any ‘telegraph apparatus’ used for the sending or receipt of telegrams or from any place outside Kenya to produce the originals and transcripts.

This definition is vague. However, this means that messages sent or received by phone, computer systems, radio and television to or from Kenya would be open to scrutiny by the CS. There is no mention of data sent and received within Kenya.

Unlike telegrams, the amount of data transmitted through modern telecommunication systems is immense, and include our location, email addresses and financial habits. Data from our phones easily identifies and may be connected to data on phones of people we communicate with.

The long title of the Official Secrets Act states that its aim is to provide for the preservation of State secrets and State security. While there has always been a debate about what amounts to a ‘State secret’ and ‘State security’, these terms have often been used to limit public access to information held by the State and application of the values of good governance like transparency and accountability.

Section 6 states says "where it appears to the CS that it is in national interest to do so ….’ That is also vague. What would be apparent as ‘national interest’ in the view of the CS?

As worded, this provision gives the CS discretion to decide what is of national interest. Perhaps to allay fears that the CS might exercise excessive discretionary powers, the amendment states that the CS ‘may’ apply to the High Court for an order requiring the production of telecommunications data.

The use of the word ‘may’ indicates that seeking a High Court order is not mandatory, thus the CS might be within the law to seek data without a court order.

In the event the CS seeks data without a court order, it would run afoul of the right to fair administrative action as provided for in the Constitution. Ideally, and in line with constitutional principles, where the State requires data from individuals or corporate bodies, there ought to be a judicial process.

The State identifies individuals or institutions from whom they seek data, then goes to court, which assesses whether its demand complies with the Constitution, is reasonable, serves a legal purpose and is necessary.

The court then issues a warrant for production of the data, but also allows the person it is issued against to oppose the process. The CS must not be allowed to circumvent such a process.

The amendment is poorly crafted and its constitutionality will be subject to legal challenges with individuals and institutions challenging warrants issued by the CS without a court order.

As drafted, the provision may make the CS the complainant, investigating officer, prosecutor, judge and the enforcing agency. These are excessive discretionary powers.

-Mr Mugambi is an advocate of the High Court of Kenya and a Privacy and Data Protection Specialist. [email protected]

Donate blood today to save our mothers