By Scientists | 2yrs ago 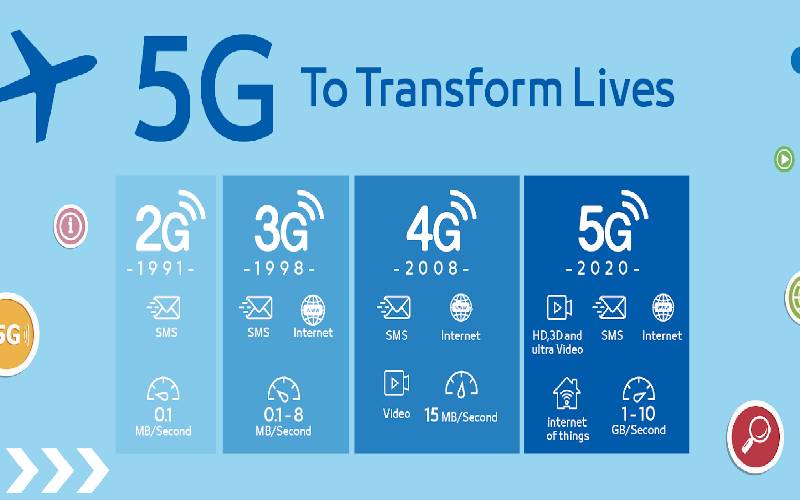 In the early centuries, communication within and between communities was through sound instruments like drums of various types and sound pitches, flutes made from different plant reeds, and human song sounds.

Such communication methods world over lasted centuries before the invention of the telephone. In Africa, talented individuals in villages or communities served as communication masters of kingdoms or chiefdoms. They were respected members of society, responsible for the production and/or use of these instruments in communicating specific messages and information throughout their jurisdiction.

Today, human communication has been enhanced by the advancement in communication technology mainly due to exploits of the electromagnetic spectrum, which consists of a wide range of frequencies that can be utilised for various functions.

The electromagnetic spectrum is reminiscent of frequencies currently utilised in the medical field. For example, X-ray diffraction (XRD) is applied in bone tissue analysis; magnetic resonance imaging (MRI) creates pictures of the body anatomy to diagnose various physiological processes and conditions such as torn ligaments and tumours; gamma rays are used in radiotherapy; while heat therapies are applied in physiotherapy and pain relief.

The detrimental effects of these electromagnetic fields as applied in medicine have been widely researched and appropriate public health safety measures taken during use. The MRI, for instance, has prescribed restrictions for paediatric imaging and seriously ill and weak patients!

Radio and television transmitters, as well as receiver sets, also emit electromagnetic radiation that might be hazardous to actively growing cells or organs, such as the eye that actively produces functional substances (tears). Traditionally, while watching television, people, especially children, are warned not to stay too close to the screen.

Holding mobile phones close to the ear or keeping them in pockets close to the breast or gonads (especially the testes) is discouraged because phones emit electromagnetic radiation that may cause harmful effects to the organs (the brain and gonads), and may trigger cancer in later years of life.

In fact, prolonged exposure to electromagnetic radiation has the potential to alter the sequence of deoxyribonucleic acid (DNA), the genetic code that controls cell activities leading to their functional abnormalities. This may compromise the ability of the body to replace damaged cells in organs.

Mobile phone technology (similar to MRI technology) has significantly improved the speed of information transmission. The technology has migrated from the first generation (1G) to 2G, 3G, 4G and currently to 5G, which was hitherto mainly used in military and security installations.

The frequency spectrum is broadly categorised into two ranges: ionising and non-ionising radiation frequencies, depending on the speed or ‘strength’ of the frequency. While each sovereign state in the world has its own ‘frequency plan’ determining what to use for which frequency, there are also global and regional regulations, guidelines and standards issued by inter-governmental bodies.

One would assume in theory that any mobile phone technology (2G, 3G, 4G or 5G) should be safe. However, from explanations already advanced above, this is far from the truth as each frequency range has some form of relative harm. The previous limitation to the use of 5G in communication, for instance, was partly to safeguard the health aspect of the human race, animals and plants (environmental detrimental effects).

These effects are not just limited to 5G; even transmitters of the earlier frequencies can affect ecosystems, since animals too may experience reduced oxygen saturation as a result of the electromagnetic chemical reaction in the blood cells. Though mobile phones have greatly enhanced communication and without doubting the accruing huge socio-economic benefits, African countries, Kenya included, should take precautionary measures and carry out customised, independent, transparent and credible environmental and health studies before large-scale rollout of 5G networks.

5G telecommunication technologies enabled by 5G mobile phone infrastructure have great potential for catalysing social-economic revolution due to the high speed of operation, with a capacity of accommodating up to one million devices per square kilometre compared to the 4,000 currently possible with 4G.

The cellphone and other mobile devices, once thought as a luxury, are now a necessity of life, increasingly becoming indispensable for daily business transactions and personal use. While proliferation of mobile devices is no doubt beneficial, having a high concentration of gadgets constantly receiving and emitting signals around one may become hazardous at some point.

Safety concerns arise from the vast number of telecommunication towers and antenna installations required, with the technology’s true power coming at giga-scale frequency, in addition to increased exposure times, coupled with the simultaneous connection of a high number of devices to 5G networks.

Failure to set high safety and privacy standards before large-scale rollout of 5G poses a potential risk to lives, being an affront to the otherwise public good. Since it is widely accepted that there is a direct link between prolonged exposure to electromagnetic radiation, with a high risk of memory dysfunction, infertility in humans, hyperactivity and decline of mental ability, there is need for more rigorous research in this area.

Indeed, there is an even graver risk to the health and life of vulnerable members of society, especially expectant mothers, children and other immuno-compromised persons. The same caution appertains to the Google Loon  technology that Kenya approved a few weeks ago.

It is not clear yet how data protection and privacy are guaranteed with these technologies. Due to the complexity of these issues, it is strongly recommended that the government should initiate credible, multidisciplinary and independent scientific research that will inform public policy, development of applicable legal framework and regulations that relate to 5G and similar future technologies.

This must involve combined teams of scientists, medical practitioners, radiation-protection experts, spectrum and telecommunications engineers, environmentalists, regulators, and other such relevant actors. Until then, the current technologies need to be utilised exhaustively to maximise their potential before investing in not-so-sufficiently researched, and currently controversial technology.