The New “Normal”: A food and travel buff’s corona experience

By Debra Osawo | 2yrs ago

I'm a freelance writer and photographer and, using these two forms of art, I

enjoy telling stories that bring out the beauty in things we so often label as "ordinary" and take for granted. I run the blog "Debz Meets World”

(www.debzmeetsworld.com?);? here I share some of my ideas, as well as accounts of my two passions: food and travel.

I had heard of the cancellation of long-awaited holidays abroad, the postponement in peace-time of the Olympics for the first time in its 124-year history, and the rescheduling of other major international events.

It was, however, going to church last Sunday morning and finding the gates closed that had the greatest impact on me.

Not once had I ever gone to church and not encountered cars driving into or out of the parking lot and heard the sound of people worshipping as I approached, until last Sunday!

Prior to that morning, I had not directly been affected by the Coronavirus pandemic. I am privileged to have a job that allows me to work from home on most days. Since the emergence of the pandemic in Kenya, I have only had to leave the house for the occasional grocery run or to attend the Sunday service. So here I was, standing in front of the church's main gate on a Sunday morning in utter disbelief!

Confused, I walked to the next gate and found three security guards manning the gates.

“Hakuna church leo?” I asked, puzzled. A female security guard, brandishing a hand sanitiser, stared back at me oddly. It was obviously a silly question, but I needed to hear the truth verbalised before it could register in my foggy mind.

“Eh, hakuna,” one of the other guards replied.

“Mpaka lini?” I asked, as I looked around me, trying to figure out what to do.

“Until further notice,” he responded emphatically.

He went on to inform me that all the services were now being streamed online. I was quiet for a while, and then I slowly nodded, before thanking him and walking away.

As I was leaving, I decided to ring a friend who I knew attended a nearby church in the hope that I could perhaps visit her church for that day. But as I had anticipated, her church was also closed and was streaming its services online as well.

I was now walking in the direction of a nearby shopping mall, unsure what I was going to do when I got there, but feeling compelled to go there anyway.

On the way, I met a fellow congregant making her way to church; as much as it saddened me to have to be the one to break the news to her, it felt good to know that she could relate to how I was feeling at that moment.

Unlike me, she’d heard that the services would be streamed online that morning, but she’d assumed that some people would still be congregating in the church sanctuary.

We briefly shared our feelings of dismay at how the Coronavirus was impacting our lives.

"Sasa mbona wamefunga kanisa? Saa kama hii, ni wakristu nd'o wanafaa kusimamia nchi," she said in frustration. I nodded in agreement, realising even as I did so that we were both being irrational. We soon parted ways and I continued on my aimless journey towards the shopping mall.

As I approached the mall, I realised that, even here, the usual buzz of activity was somewhat lacking. But I clung to the hope that it was still early in the day and that people would probably start streaming in later on.

On arrival, I approached the main entrance of the mall; and for the first time ever, observed that the female security guard avoided touching my bag as she usually did.

She instead asked me to hold it open and after a cursory glance quickly waved me in, which was contrary to her normal practice of carefully scrutinising its contents. I proceeded down one of the corridors in the mall and found myself desperately searching for any sign of activity. To my relief, some shops were open and so were a few restaurants. As if on autopilot, I ventured into the supermarket, which was now one of the only places I frequented. I realized then that I was looking for any sign of normalcy, a security blanket.

“These are things we’ve only read about and seen in the movies,” my sister had said to me in a voice message earlier that week.

And although I am a great movie lover, I was quickly learning that I didn’t like the idea of being an actor in one of them.

Finally, I found solace in a deserted restaurant on the rooftop of the mall, where I ordered myself a milkshake and tried to catch the service online. Two other tables at the restaurant were occupied, which made me feel less isolated.

Perhaps watching the service online would take my mind off the Covid-19 for a while, I thought to myself. But the sight of the worship team sitting in a dimly-lit room and singing worship songs on my mobile phone screen just didn't feel the same as singing and dancing along with them in the main sanctuary. I sensed that they, too, were struggling to sound as enthusiastic as they usually did during church services.

I eventually gave up what I felt was a futile attempt to cling to the version of life that I am used to and asked the waiter for my bill. He tried to persuade me to stay a little longer since I was now the sole ?customer at the restaurant, but I felt a strong urge to withdraw myself from the bleak atmosphere of the normally vibrant space. I quickly settled my bill and left.

On my way home, I met two of my friends - one of whom I hadn’t seen in a long time. We kept our conversations brief, fully aware that even this encounter could be putting any one of us at risk of infection.

Subdued, we parted ways and as I walked back home with a heavy heart, I realised that I had just had a first-hand experience of the new “normal”. 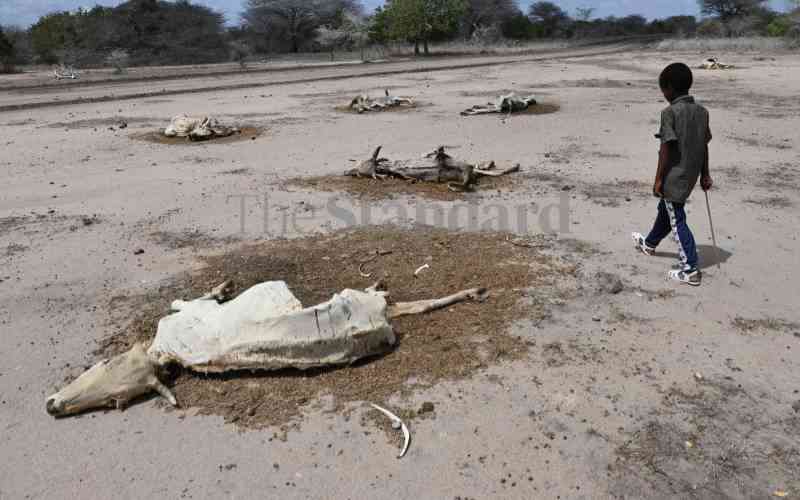 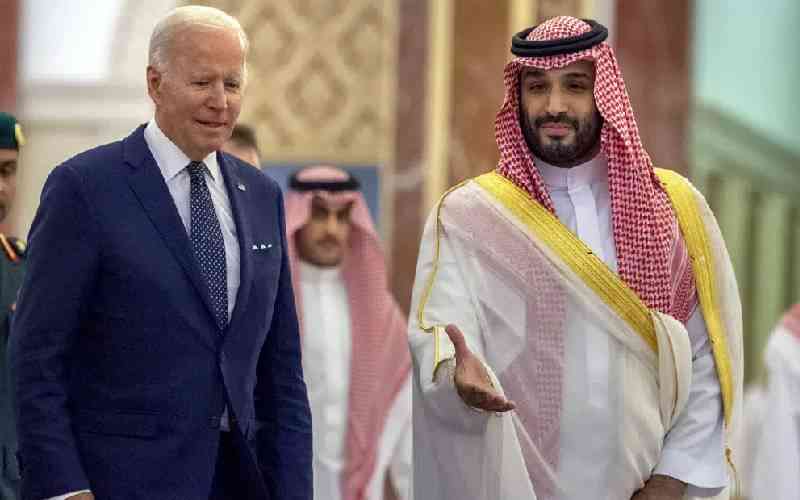 By AP 1 hr ago
US court dismisses suit against Saudi prince in killing
.