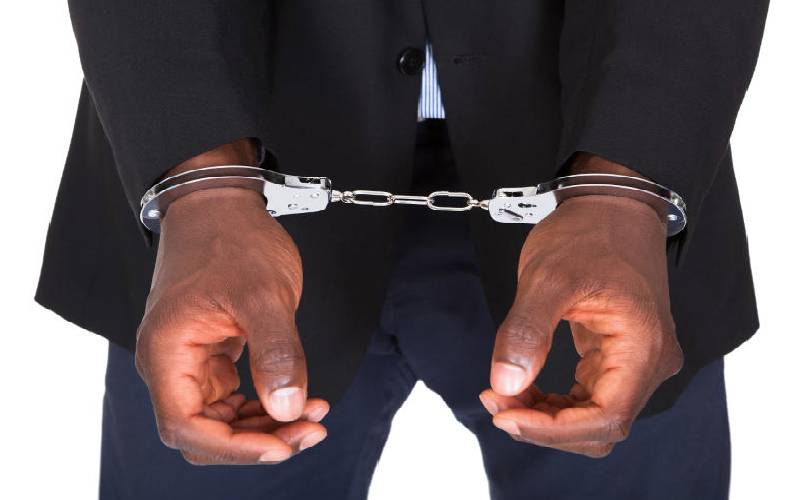 Police in Gem, Siaya County on Friday, May 7, questioned a male nurse for allegedly defiling a Form Two student.

The nurse based at a health dispensary in Gem sub-county was, however, released because of insufficient evidence.

The nurse is reported to have committed the offence on May 2, but other sources indicated he was having an affair with the minor.

Gem sub-county police boss Charles Chacha said they have launched investigations, and that police were trying to piece the evidence together to build a case against the nurse.

He said the nurse denied knowledge of the girl, adding that he was dating an older lady different from the one in question.

"We arrested, questioned the nurse and released him. We have taken the minor to two different health facilities in Siaya and Gem for medical reports but they found nothing tangible that can help us with the investigations," he said.

Chacha said members of the public found the nurse with the 17-year-old girl in his vehicle which was parked near a bush.

"The investigations may have dragged a little because we did not receive this report at the right time. The parents had first reported to the area chief. They have been trying to solve the matter away from the authorities but pressure from the residents is the reason we got this case," said Chacha.

He added: " Most parents have made it difficult for their defiled children to get justice after opting for an out-of-court settlement with the offenders. This is unfair to the victim."

Chacha said after learning about the incident, they traced the girl and his parents and took her to the hospital.

"We cannot arrest him and take him to court yet due to lack of evidence. The girl has been denying everything. She denied knowledge of the nurse when we questioned her," added the sub-county commander.

He said police are still investigating the matter and will ensure the minor gets justice.

There is also another gem, a wildlife paradise just beside the beach offering an all-inclusive package for adventure and fun lovers.

Many gamers prefer PC games for various reasons; including affordability