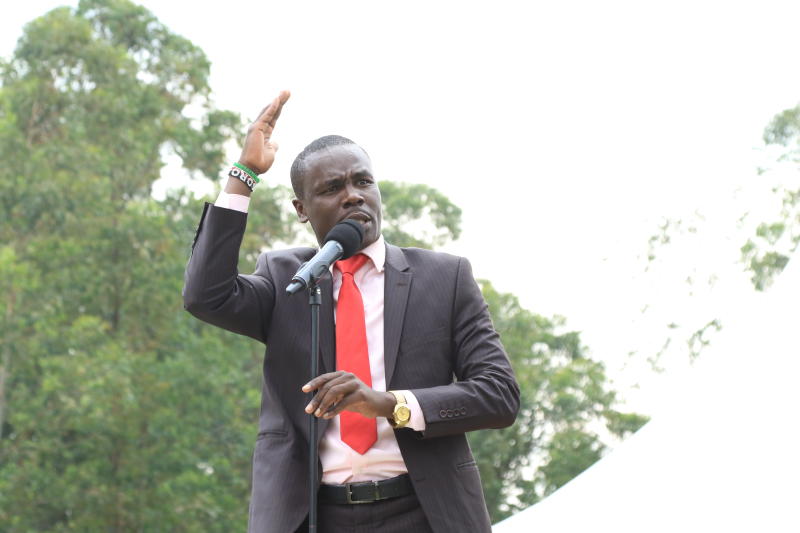 South Mugirango MP Sylvanus Osoro (pictured), a close ally to Deputy President William Ruto has been arrested as he tried to gain access to Gusii Stadium, where the funeral service for former Cabinet Minister Simeon Nyachae is underway.

Osoro who was addressing the media before his arrest linked his misfortunes to his close association with the Deputy President.

"I am sure this is all about us working closely with the Deputy President. This is pure politics,” he said.

"The Deputy Governor called me to the station, only to be told that he had been frisked out. We don't know where he is being held. We have opted to report it as a missing person case," he said.

Osoro's personal assistant Joseph Oriango said the MP was whisked to an unknown police station where he is being detained.

''South Mugirango MP Silvanus Osoro has been arrested and we do not know where he is being held,'' said Oriango.

The Dutchman has been out since sustaining a serious knee injury in October's Merseyside derby, and he has been undergoing treatment.

Evans Kidero: I will improve roads to boost sugarcane farming

By Standard Team | 23 hours ago

MP gets ODM ticket as rival's petition thrown out
;
Feedback