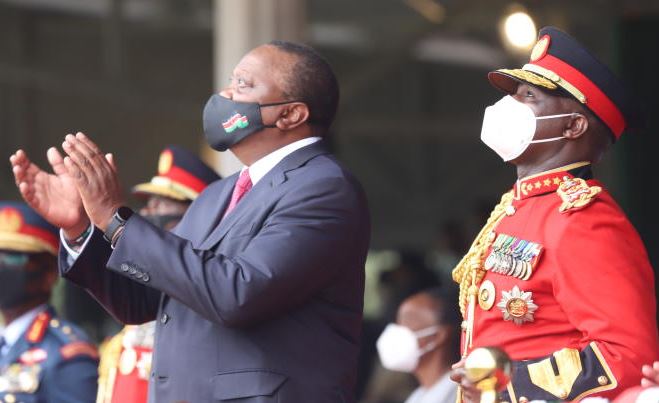 President Uhuru Kenyatta is expected to launch several development projects in Kisii and Nyamira Counties, a day after presiding over the Mashujaa Day National celebrations at Gusii Stadium.

The President (pictured) is said to have spent Tuesday night in Kisii but not clear whether he slept at the refurbished County Commissioner’s or in one of the five star hotels in town.

Uhuru is also expected to lay a foundation stone for the construction of a multimillion market at Daraja Mbili.  Construction of the market is being funded by UK aid through the Sustainable Urban Economic Development Programme (SUED) and will be constructed to standard to meet all COVID-19 requirements.

A similar market will be constructed at City Park, Nairobi. The Kisii Municipality Board, through a proposal, had requested for funding to put up the Kisii that will eventually help in the decongestion of Kisii town’s central business district.

He will also commission the Sh209 million modern market that has been constructed in the area and currently occupied by more than 1,500 fresh produce traders.

In Nyamira, President Kenyatta is expected to flag off Chebilat –Ikonge-Chabera road. The road starts at the junction with the Sotik- Kisii road near Sotik to Chabera, the border between Homa Bay and Nyamira counties.

In a Radio interview, Interior Cabinet Secretary Dr Fred Matiang’i said the President was keen to honour his promises to the people of Kisii and Nyamira counties. 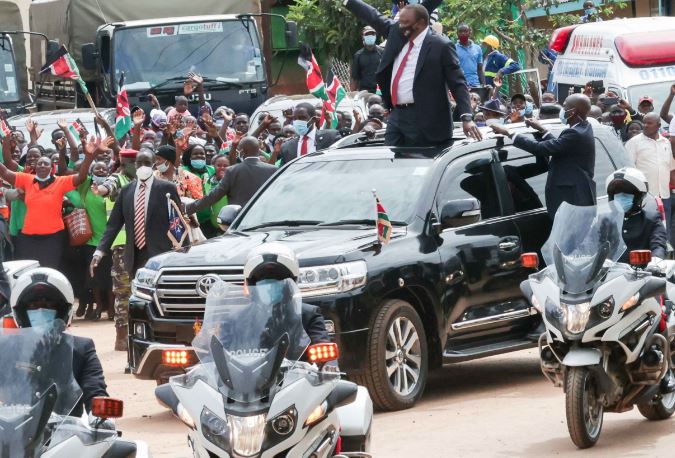