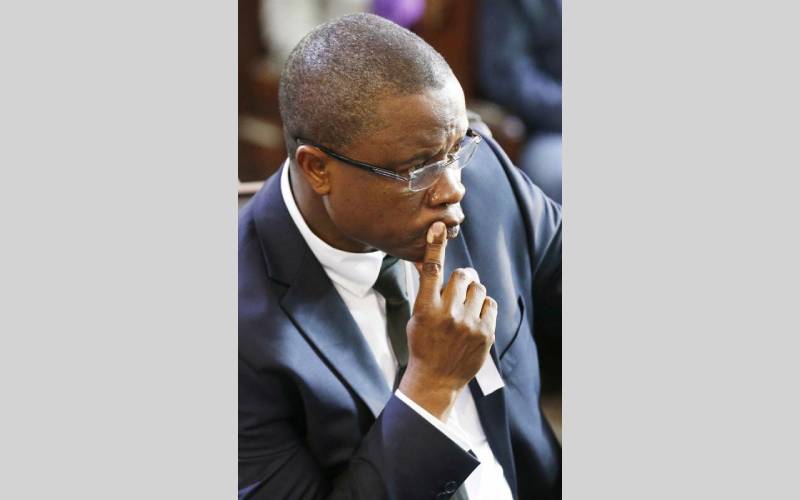 Edwin Abonyo (pictured), the husband of former Bomet Governor Joyce Laboso, could be on the ballot in the 2022 General Election.

The widower, who led the celebrations to mark Dr Laboso’s first death anniversary, held early last week at their home in Fort Tenan, hinted at trying his hand in politics to fulfil his wife’s legacy.

Dr Abonyo (right) told The Standard that delegations from Muhoroni Constituency have been visiting him, asking him to vie for the position of area MP should he make up his mind to join elective politics.

“I have hosted some Members of the County Assembly who reached out to me, and a number of opinion leaders who have been asking me to go for the Muhoroni parliamentary seat,” said Abonyo.

Muhoroni seat is currently held by Onyango Koyoo who has expressed interest to defend it for the third time.

Koyoo unseated former Assistant Minister for Education Ayiecho Olweny in 2013. Prof Olweny was a lecturer before he joined politics. He served two terms.

Abonyo, however, intimated that he was yet to decide the party on whose ticket he would vie should he make up his mind.