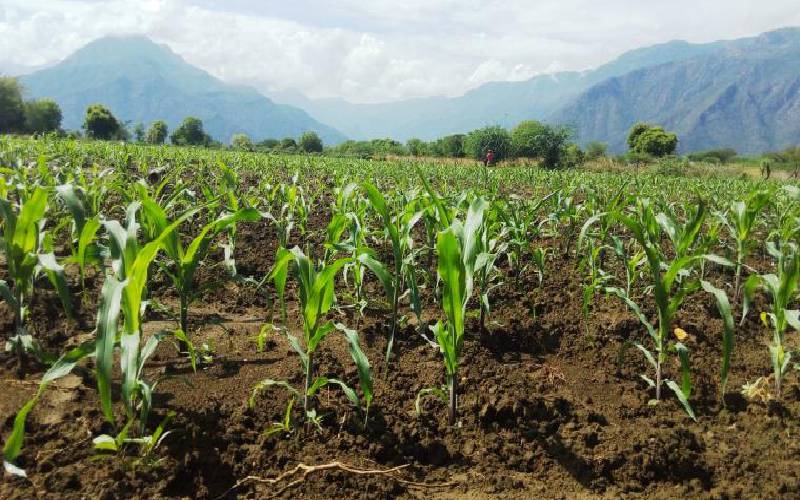 Kenya Seed Company (KSC) has reported a reduction in maize seed production in 2019 due to the vagaries of the weather.

Mr Oloibe said the company and its contracted seed grower witnessed shortage of rain during the planting season, and lost huge yields to heavy rains during the harvesting period.

While reassuring on adequate maize seed in the country, the MD said the management has put in place mechanisms this year to ensure it hits its target of 32 million kilogrammes.

He said the company recorded a shortfall of 7,000 acres for seed production but allayed fear that this will hinder the targeted amount of seed.

Speaking during a visit to seed growers in Birunda and Endebess in Trans Nzoia County, Oloibe announced that 28,000 acres are under seed production and assured the country of sufficient maize seed.

"We expect better yields this season since the region received adequate rainfall early this year and our target is 32 million kilogrammmes," he added.

Oloibe pleaded with farmers who had quit seed production for commercial maize due to poor pricing to rescind their decision.

“Our operations are labour intensive and the impact of Covid-19 has affected us and we hope the situation is arrested soon. The pandemic has interfered with some of our operations such as pollen control,” Ms Ombachi said.

She said some seed growers from Trans Nzoia and Uasin Gishu counties pulled out of seed farming due to poor prices offered by the company.

Government now considering locking down the Old Town and forcing its more than 28,000 residents to undergo testing.