Burden of proof: Why insider trading at NSE is hard to crack 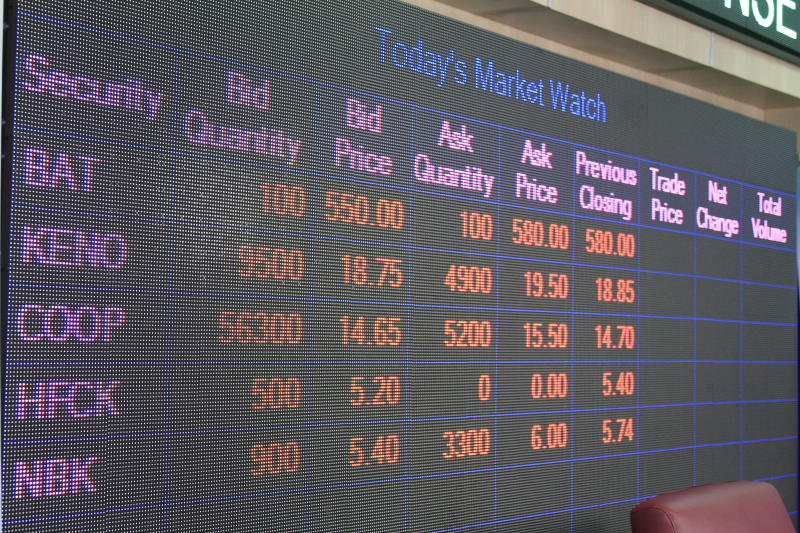 On his word, an unnamed buyer pledged to put in $50,000 (Sh5 million) to buy shares without even knowing the company he was about to invest in after Mr Satchu recommended the trade.

“I have actionable intelligence on a share at Nairobi Securities Exchange. Please advise if this is something you want to look at, it’s a buy out. I can open an account for you at Kestrel, in out for a 50/50 split of profits, quick in early next week and out on announcement,” Satchu said on WhatsApp at 6.33 in the morning.

Mr Satchu’s discreet client was quick to go for the deal at 6.50am, according to transcripts of the WhatsApp chat, only concerned about the profits to be made while the trader is keen on his end of the bargain.

“Ticket is up to you, expecting a 50 per cent pop up we split, I manage execution at Kestrel, we need to focus and execute this week. You cannot talk about this to anyone,” said Satchu.

The conversation is part of the preliminary data extracted from Satchu’s phone during investigations on insider trading in KenolKobil shares using information that it would be bought by French oil firm Rubis Energie.

The buy-out information had not yet been made public.

For the Capital Markets Authority (CMA), insider trading - the illegal transaction on the stock exchange to one’s advantage through having access to confidential information - will for the first time stop being just fodder for the rumour mills.

With the case against Satchu, the capital markets regulator believes, after a series of failed prosecutions against rampant insider trading at the NSE, there is hope the practice will no longer be carried out with such impunity.

While the identity of the buyer in the concealed, CMA flagged suspect deals from the Sh6.5 billion Kestrel Capital trades on the oil marketer’s shares as some of Satchu’s customers including Abdul Hameed Sheikh, Farzeen Zaherali Jamal, Nureen Moledina, Adrian Simon Tiwari and Radia Kantilal.

The court fillings paint a picture of a web of faceless speculators and players in the market who have tightly woven networks of trust, vulture money that scouts the sky for quick deals and even financial backing to mobilise money quickly to bet on stock tips from insiders.

Such cases, said a financial analyst who did not want to be named fearing recrimination, happen “far too often given that so much of our corporate culture is reliant on personal relationships, intertwined shareholdings and opaque ownership structures.”

But how easy is it to nail down insider trading?

In the early 2000s, America’s most famous homemaker Martha Stewart was accused of insider trading after she sold 4,000 ImClone shares one day before the firm’s stock price plummeted.

She got off the hook on the claim that she had an agreement with her broker to sell the share if it hit $60 and had just been reminded of the agreement when she sold.

She was later found guilty of four counts of obstruction of justice and lying to investigators. Ms Stewart was sentenced to only five months in prison, five months of house arrest and two years of probation.

The difficulty in catching insider traders is also documented in a Digest Of Decisions on Capital Markets. CMA tracks several court cases where market players have tried to rig the market and cheat investors out of the game.

The integrity of the market depends on equality of knowledge, since fair operation of the market is jeopardised if those who are in the know (market insiders) exploit information for their personal advantage which they had obtained in the course of their professional activities when such information was unavailable to others.

However, the proof is hard since such information can be exchanged via word of mouth or would be difficult to directly tie to decision to make a stocks trade.

Terrence Davidson was accused of insider trading when he served as Chief Executive Officer and managing director of Kenya Commercial Bank, who were the bankers of Uchumi Supermarkets.

Mr Davidson was also a shareholder of Uchumi and was among top 60 shareholders accused of using insider information to acquire 664,899 shares on December 2, 2005 and to sell 300,000 shares (valued at Sh4.5 million) on May 9, 2006, based on information got through connections with Uchumi and as KCB boss.

Uchumi was suspended from trading at the NSE on June 1, 2006, the same day a decision to close its stores was made public. KCB was one of those owed millions of shillings in unpaid loans at the time the retailer closed.

Davidson claimed he purchased the said shares with a loan from Investments and Mortgages and he needed to service the loan, the reason he sold the shares.

He also said the information memorandum of an Uchumi Rights Issue had sufficient information that the supermarket chain was insolvent.

The court ruled he did not benefit from access to price-sensitive information availed to KCB regarding Uchumi and the financial improvement experienced by Uchumi immediately after the Rights Issue was what was anticipated in the information memorandum that had been supplied to the public.

“The fact of Uchumi’s poor performance and the pulling out of its major shareholders was a matter that had been publicised in the newspapers,” the court ruled.

“The accused therefore could not be said to have exploited information for his personal advantage which he obtained in the course of his professional activities when such information was unavailable to others when he bought and sold his Uchumi shares.”

In another case in 2006, Benard Mwangi Kibaru, head of Buying and Merchandising department at Uchumi Supermarkets attended a board meeting by invitation.

The agenda of the meeting was an attempt to save the retailer whose fortunes were in a rut to strategies and turn it back into profitability.

According to the minutes of the meeting, the key focus of the board and management was geared towards cutting costs in the company operations, freeing cash for operations and increasing sales.

Mr Kibaru, who held 111,400 shares in Uchumi up to April 26, 2006, then instructed Drummond Investment Bank to sell them on his behalf

“No information to contradict whatever was anticipated in the rights issue was disclosed in the minutes up to April 24, 2006, the day that the accused last attended the board meeting before he gave instructions to sell his shares,” CMA argued in their case.

The court however ruled that Uchumi’s poor performance and the pulling out of its major shareholders was a matter that had been publicised in the newspapers.

According to the judge, the prosecution had not proved beyond reasonable doubt that the accused exploited information not generally available to the public that Uchumi was performing poorly, when he sold his shares.

Proving insider trading is not an easy task as one would have to link the data leak directly to the trades.

It is no wonder that CMA went straight for Satchu’s mobile phone and laptop to pin his trades to leaked information about the impending takeover bid of KenolKobil.

Satchu has challenged CMA’s warrants including whether it made full disclosures to the court that granted the search. He also claims CMA may have overreached into his right to privacy.

CMA says it has information that the trader was in communication with Kestrel Capital Chief Executive Andre DeSimone and wanted to establish whether the non-public information was shared between them and whether that information was passed on to third parties.

Before filing to seize the communication gadgets, CMA sleuths say they had already established that  those in the know about the Rubis takeover were KenolKobil CEO David Ohana and Mr DeSimone.

An affidavit sworn by Head of Enforcement at CMA Colin Maweu says Mr Ohana and DeSimone were insiders and were in possession of information that the shares would be bought at Sh23 by Rubis, and even knew the date of the offer.

“There was communication between some of the insiders and the second respondent (Satchu) during the material time before the insider information was made public,” Mr Maweu said.

Paternity disputes can unearth nasty surprises
HEALTH
By Dr Alfred Murage
23 mins ago
Lord make me an instrument of your peace, Odinga's prayer ahead of poll results
National
By Winfrey Owino
1 hr ago
Archbishop Anthony Muheria: Don't burn Kenya because of elections
National
By David Njaaga
1 hr ago
Man threatens to kill ex-wife, gets five years in prison
NEWS
By Lilian Chepkoech
1 hr ago
.