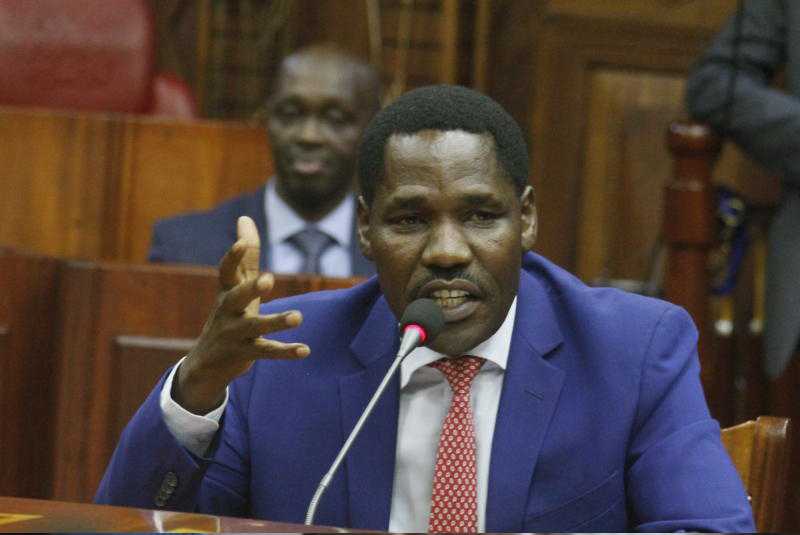 The government has said it will put in place measures to ease barriers that have held Kenyan products from accessing the Chinese market.

The Ministry of Trade and Industry said it is working on a plan to get rid of hindrances that have in the past resulted in only a minimum number of Kenyan products being sold in the Chinese market.

East African Community (EAC) and Northern Corridor Development CS Peter Munya (pictured) said his ministry has made progress in pushing for the withdrawal of the four per cent duty on majority of Kenyan exports.

The CS is constituting a Technical Work Group (TWG) that will come up with mechanisms that will result on the withdrawal of the levy and other barriers.

The announcement by the CS comes in the background of an agreement signed by the Ministry of Agriculture and China’s Customs Department to drive export of more than 40 per cent of Kenya's fresh produce, including cashew nuts, avocadoes, mangoes, legumes, flowers, vegetables, beef and natural sweetener stevia to China to reduce trade inequalities.

Munya said the first meeting of the technical work group will be in January and negotiations completed in February.

“The TWG will include trade experts and will be endorsed by ministries,” he said.

“The group will deal with trade issues involved in having products such as avocado get to China through other countries like Britain. It will look into products across agriculture as well as other sectors.”

He spoke during the official opening of the China-Kenya Industrial Capacity Cooperation Exposition on Wednesday.

The expo will be held at the KICC from November 14-17.

Kenya’s major exports to China include black tea, coffee and leather. The exports are, however, a handful compared to imports from the Asian giant.

Munya said stevia grown in Nanyuki is ready for export, also targeting to offer at least 500,000 avocado seedlings to farmers by March.

Munya hailed major investments that have localised technology and work ethic in developed markets. These include Twyford Limited in Kajiado County, which produces up to 60,000 square metres of floor tiles every day.

“Twyford Ceramics in Kajiado County is one of the largest building ceramic factories in Eastern Africa,” Munya said.

Kenya has been listed among African countries yet to figure out how they can take advantage of their relations with China, according to a recent McKinney report.

It is now looking beyond the established technology and manufacturing hubs in the country under direct foreign investment programmes to export products to bridge the trade imbalance that stands at Sh380 billion, according to the Kenya National Bureau of Statistics 2018.

Kenya has signed a deal on sanitary and phyto-sanitary measures on food inspection procedures, safety requirements, food traceability, and management of toxicity with the anticipation of the implementation of the deal.