Where the rain started beating IEBC, Wafula Chebukati tells all in tribunal testimony

More revelations into happenings of the night of August 15, 2022, continue to come to the fore, after immediate former Independent Electoral and Boundaries Commission (IEBC) chairperson Wafula Chebukati’s testimony.

Chebukati, appearing before the Justice Aggrey Muchelule-led tribunal on Tuesday, January 24, said there were attempts to subvert the will of the people and violate the Constitution.

While testifying before the tribunal probing the conduct of four IEBC commissioners, Chebukati said there were no disagreements or disputes among the commissioners up until two visits on August 15.

One such occurred at 3 am on the said day in the holding room at the National Tallying Centre at the Bomas of Kenya, Nairobi.

“I got messages from members of staff and my security detail that a gentleman wanted to see me. They just came in, uninvited. I was in the holding room, taking a nap,” the former chairperson revealed.

He told the tribunal that it was a visit by former CS Raphael Tuju, former Senator Amos Wako and Advocate Kyalo Mbaabu, on behalf the Azimio la Umoja-One Kenya Coalition, wanting to discuss the tallying of the results and ongoing process.

Chebukati then told Tuju and co that he would invite the other commissioners to the ‘meeting’ since it was a matter that involved the whole commission. Commissioner Irene Masit was equally present.

The former chairperson stated that Amos Wako spoke first saying: “We should not operate in a vacuum; we should look at the bigger picture for the country.”

When it was Tuju’s turn, he said: “It is necessary that we moderate these results in favour of Raila and any contrary declaration of results would plunge the country into chaos. In the alternative, we should ensure there is a runoff.”

They did not say how a runoff would be conducted.

Chebukati admitted that at the time of the 3 am meeting, they had not gotten the final results but most of the verification and tallying had been done. No one knew the winner of the presidential poll.

“I believe if these gentlemen knew the transparent system we had put in place, perhaps they would not have made this visit. Results were out there in the portal and any attempts to change them would have resulted in a lot of other problems,” he told the tribunal.

It also emerged that Tuju mentioned should his request be granted, “they [commissioners] will be adequately rewarded.”

All commissioners were then invited to respond to the comments by Tuju and Wako.

“Commissioner Masit and the other three (Juliana Cherera, Justus Nyang’aya and Francis Wanderi) said that we should consider the statement very seriously.”

Chebukati said Commissioner Masit said nothing about the reward but agreed to push for the moderation of the results.

He, however, told the visitors that the will of the people must be respected and they would do what the law required of them. The meeting ended and everyone resumed their duties.

A few hours into the morning, Chebukati would again receive a call from then Head of Public Service Joseph Kinyua that a team from the National Security Advisory Committee (NSAC) would be paying him a visit, and talking briefly about the assumption of office.

He said that they managed to see the committee at 2 pm on the same day in the CEO’s office boardroom at Bomas.

Up until this point, the final tally of the presidential poll was not known but all constituency results were in.

Prior to the 2 pm meeting, Chebukati maintained there were no disagreements with the commissioners.

“The message from NSAC was that if I declared results in favour of William Ruto, the country was going to burn and that skirmishes had already started. That the blood of dead Kenyans would be on their hands and all seven commissioners would be held responsible,” he said.

A message of that nature is a threat to the independence of the commission, the former chairperson noted.

Chebukati made the revelations on Day Two of the continued probe of four IEBC commissioners.

Former IEBC commissioners Boya Molu and Prof. Abdi Guliye appeared before the tribunal on Monday, January 23, alleging that they were put under pressure to declare Raila Odinga as the president or force a runoff in last year’s general election. 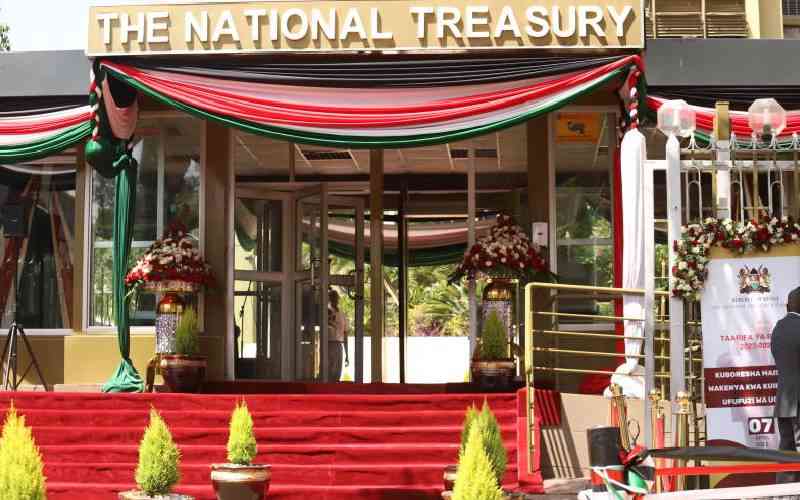