The rise and rise of William Ruto

President-elect William Ruto has achieved the high targets he set for himself more than 20 years ago when he served as the Kanu Director of Elections and Assistant minister.

He rose rapidly through the field and became Deputy President at 46 in 2013.

Political analyst Prof Amukoa Anangwe links the rise to being a zealous politician, team player and a go-getter with focus on what he wanted to achieve.

“Ruto has a burning desire to succeed with virtues and attributes that make him unique and different from the other leaders,” says Anangwe.

During the campaign, he said many times he does not get involved in a quest to fail, and that could explain why he has not lost any election since he entered politics in 1997.

Always on guard, Ruto is either diplomatic or militant depending on the challenge thrown at the parties he has been part of from Kanu, ODM, URP, Jubilee and now UDA.

Right from 2002, when he was the Kanu Director of Elections, what came out was he craved to be taken seriously, to be seen as a thinker and an intellectual when handling party matters.

In Jubilee, he took charge of the party nominations in 2017, leading to disgruntlement and complains from those who were locked out of the party primaries.

He has over time insisted that opposition parties should be allowed to play the role of oversighting government and as early as 2002, dismissed those clamouring for a government of national unity.

Ruto dismissed calls by the National Alliance for Change for the creation of a government of national unity as wishful thinking and argued that multi-partyism was about competitive politics.

Last week, like in 2002, he argued that Azimio should play its role because there will be no room for checks and balances if the opposition joins the government.

Ironically, he became a beneficiary of the government of national unity in 2007, when the so-called nusu mkate (half a loaf) government was formed after post-election violence.

Such an arrangement, he says, could only work in a single-party system which Kenyans rejected in 1990.

Ruto has the enviable knack of making friends to get things done even when odds are against him.

When he decided to oppose the 2010 Constitution, Ruto knew he was facing a formidable team led by President Mwai Kibaki, ODM leader Raila Odinga and Kanu chairman Uhuru Kenyatta among others.

At that time, the man who is now the fifth President of Kenya, had no media team to manage his campaign making it quite difficult to get his messages heard.

He decided to hire a professional photographer, acquired a photo-sharing app, took charge and quickly reached out to newsrooms requesting to be covered by correspondents across the country.

“He ensured that his stories and pictures reached newsrooms before three o’clock in the afternoon for early processing and made daily follow-up calls,” recounts a news editor.

Despite working with limited resources, the “No” campaign received extensive coverage, sometimes outsmarting the “Yes” side whose coverage encountered deadline challenges.

The same happened in 2005 when again he opposed the Constitution with Uhuru, Raila Kalonzo Musyoka among others from the LDP team.

Being an early riser, Ruto pushed the Kanu team hard, ensuring they were always at Wilson airport by 6am and in so doing, getting to campaign meetings in places like Mandera and Turkana early for better coverage.

During the just ended presidential campaigns, he mounted a relentless campaign, making many returns to all counties to reach villages that their opponents couldn’t get to.

“His time management and flexibility was amazing and that helped us be three steps ahead of our competitors who appeared to be playing catch-up,” said one of the Kenya Kwanza principals last week.

His messaging that is interspersed with humour that periodically lightens the mood also helps him connect easily with his audiences.

“In 2017, you never gave us any votes but this time, I will not give you breathing space. Mukikata kona na mimi pia nakata kona na nyinyi mpaka mwisho (I will corner you to the end,” he told a cheering crowd in Kakamega.

Those who have worked with Ruto describe him as a trustworthy gentleman who keeps his word and that is why ANC leader Musalia Mudavadi and his Ford Kenya counterpart Moses Wetangula agreed to join him last year.

He has found it difficult to explain how President Kenyatta abandoned him at the hour of need and chose to support his rival Raila when he had promised to back him after his second term.

“Am I not the one who went round campaigning for Uhuru?” He repeatedly asked while assuring his boss that he did not expect reciprocity and he was therefore free to support the ODM leader.

The relationship between those two former bosom buddies became toxic as Ruto indicated last week that he had not spoken to his boss for many months. In April 2002, Ruto who was among the Kanu Young Turks, seemed to wield unspecified power and senior leaders seemed to gravitate towards him to consult and defer some decisions.

And it emerged that the person he trusted most at the time was Uhuru, as he indicated in an extensive interview with The Standard.

The Assistant minister spoke with conviction as he described Uhuru as a visionary leader, his inexperience at the time notwithstanding.

“Uhuru is somebody I have come to like very much because he is a villager, a very local man who is down to earth and not a man who can boast around as a son of a former president,” Ruto told The Standard.

At his office, portraits of President Moi, a picture of Uhuru and two photographs of his wife Rachel and four children form part of the décor.

It appears Ruto held that conviction as he supported Uhuru for the presidency in 2013, not knowing that the president would turn around to be one of his harshest critics.

Anangwe, however, says there appears to be mistaken fears from the president and some senior public servants in the Kenyatta government.

He blames them for having largely failed in their governance policies leading to the degeneration of the economy and other challenges the people are facing.

“They should allow Ruto to implement his agenda and deal with the cost of living as he promised instead of fear-mongering that is being spread to inform public attitudes towards his leadership,” says Anangwe.

He says the outgoing leadership has nothing to fear since the new president has repeatedly said he will respect the rule of law and the Constitution.

Much credit has been given to Ruto’s campaign strategy that won the Kenya Kwanza team the just concluded elections but he appears to have mastered some of it from Raila.

Having worked together since 2005 and in ODM during the explosive and highly contested 2007 elections, Ruto learned a few tricks from Raila on how to capture the masses.

He perfected what Raila had done over the years, from target messaging to aggressive and relentless tongue-in-cheek adversarial attacks that kept the crowds entertained as the message was delivered.

It also appears the experience of holding senior positions in political parties, all the way from Kanu, ODM, URP, Jubilee and now UDA gives him an added advantage.

In 2002, he told The Standard that the position of director of elections was what held the party together and that was barely a month after he played a key role in the controversial March 18, party elections at Kasarani stadium.

“The position I hold in the party is very critical. It can make or break the party because elections are very crucial and sensitive in every organisation,” he said.

Having been in charge of preparing, cleaning and keeping the list of party delegates who would vote, he was accused of having decided the fate of many senior leaders like the late Prof George Saitoti.

Prof Saitoti had campaigned vigorously meeting delegates bussed from rural districts at different hotels in the city and was confident of retaining his Kanu Vice-chairman seat not knowing his fate had already been made.

Raila too was excited by the merger that took place that day bringing together Kanu and his NDP party, with hopes of using that route to the country’s presidency.

Ruto was among top politicians from Rift Valley who had met the president at State House to distribute the seats a day before the delegates converged at Kasarani.

He later took charge of how Kanu managed and conducted grassroots elections later that year, which he argued were critical for the development and growth of the party.

In his fairly short political career, he became increasingly powerful and killed a few political careers, especially of politicians in his Rift Valley backyard who went against the grain.

This year again the same happened to those who chose to stick with Uhuru in Jubilee both in the Mt Kenya region and in Rift Valley.

In 2002, Ruto denied having played a role in sidelining Mark Too to get Uhuru into parliament as a nominated MP. Asked how he got into politics, Ruto said it was more of a coincidence than by design.

He first joined a group of university students who were interested in assisting Kanu in 1990 after he had just enrolled on a postgraduate programme at Kenyatta university.

The students were doing some work under Julia Ojiambo who was the Kanu Director for Women and Youth Affairs at the party headquarters.

It was around that time that another group came up with what he described as “the grand idea of YK 92” which Ruto embraced, joined them and was appointed National Executive Officer. Since he had an office at KICC, he recounted that he used to meet more than 300 Kenyans from all walks of life every day.

On how he entered mainstream politics, Ruto said he never made a decision to join parliamentary politics but just found himself in the race.

Born on December 21, 1966, at Kamagut village near the Eldoret – Webuye Kitale junction, he went to Kamagut Primary School, Wareng Boys High School and Kapsabet Boys for his “A” level studies.

He then joined the University of Nairobi for undergraduate studies, Kenyatta  University for his master's degree before acquiring a Doctorate degree from the former.

Village mates say he used to sell chicken at Kamagut junction and could be seen riding a black mamba bicycle to school on opening day with a tin box when he joined Wareng, a school based in Eldoret municipality. 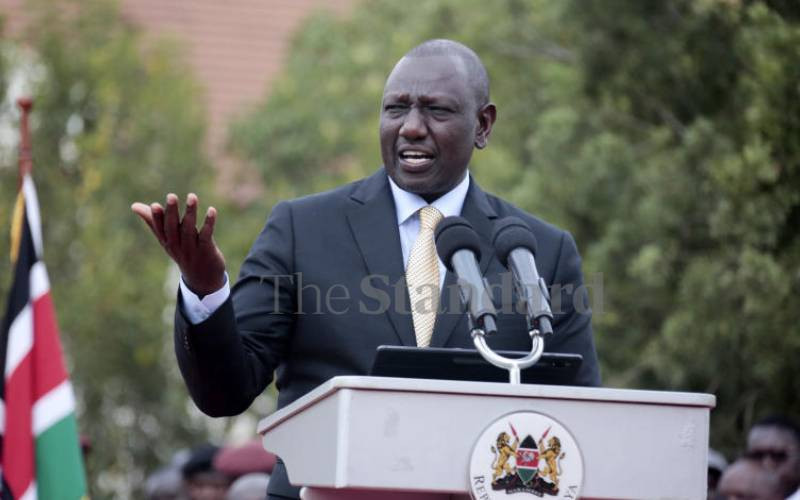 Premium Change of guard: No time for honeymoon after Ruto's big day
Financial Standard
By XN Iraki
4 months ago 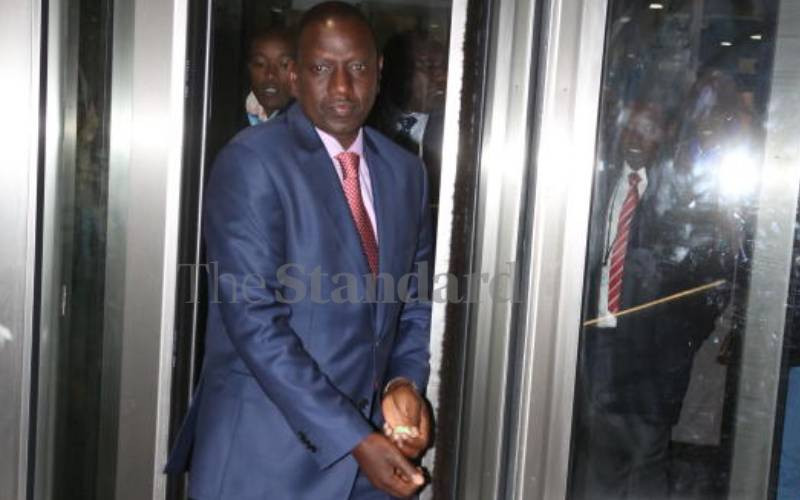 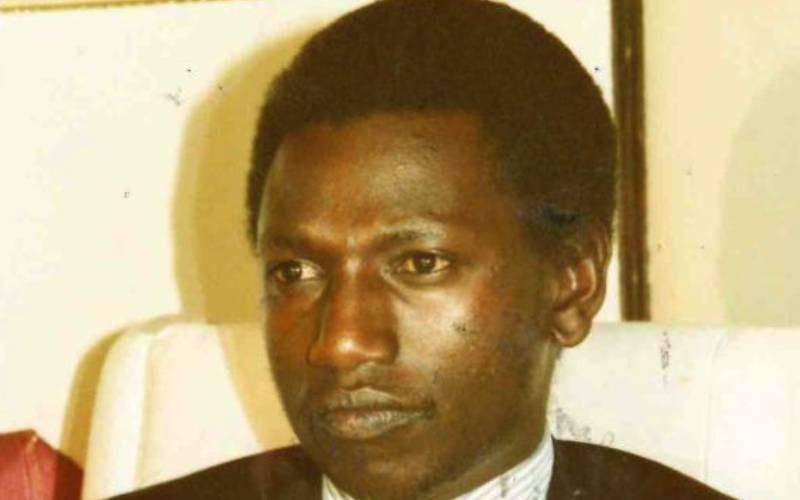 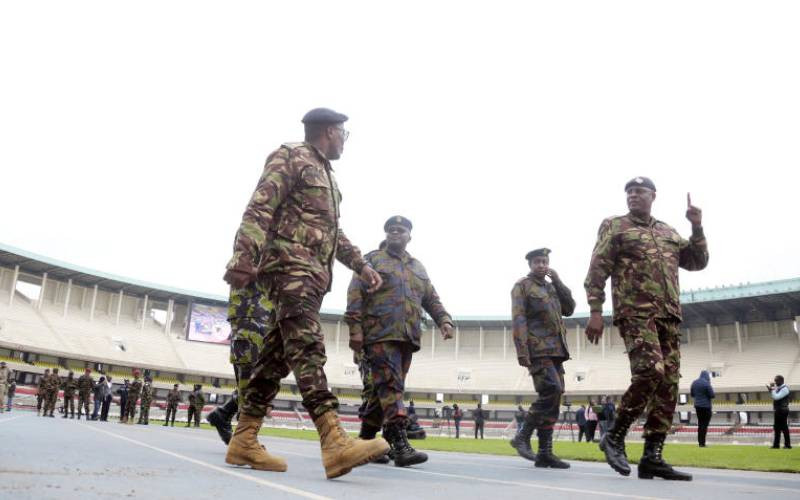 Premium Inside Ruto's Sh200m transition to power
Politics
By Josphat Thiongó
4 months ago
.