Raila Odinga’s Azimio la Umoja One Kenya coalition has demanded a meeting with the electoral body after its representatives said they had picked up two ‘very disturbing’ issues regarding statutory declaration forms that the commission is required by law to execute and publish regarding results of vote casting at every polling station and constituency tallying centre.

The first is the printing of two sets of forms for the declaration of presidential election results at polling stations. The coalition is also concerned that the Independent Electoral and Boundaries Commission (IEBC) has not printed Form 34B.

Raila Odinga Presidential Campaign Chief Legal Advisor Paul Mwangi wrote to IEBC chairman Wafula Chebukati over the printing of two books of Form 34As labelled as Book 1 of 2 and Book 2 of 2.

Under election regulations, Form 34A is the first form used to tabulate results of the presidential election and is filled by the Presiding Officer after counting of votes at the polling station.

The details of votes obtained by each candidate are filled in, as well as total number of registered voters. The form also details the rejected, objected, disputed and valid votes. The candidates or their agents are then required to sign and ratify that the contents of that form are correct.

Form 34As gained notoriety in the 2017 General Election after they were cited as one of the reasons for the cancellation of the presidential results. Raila, who was contesting on a Nasa ticket, challenged the results because some of the forms were not signed.

Mr Mwangi said they sought clarification from IEBC commissioners during a visit to the printer in Greece and the explanation given was that extra Form 34As were needed in each polling station because there was need to give copies to election observers, media and other stakeholders.

“We, however, reject this explanation. Firstly, because Book 2 of 2 from which it is alleged copies for stakeholders will be obtained is more than just a copy. It is actually a set of fully fledged Form 34As complete with all security features similar to those in Book 1 of 2. A Form 34A from Book 2 of 2 satisfies every requirement of electoral laws and regulations and can be used as a substitute,” said Mr Mwangi.

The lawyer said it was clear that Book 2 of 2 was never meant to be a copy of Book 1 of 2 because it has separate and distinct serial numbering.

“Book 2 of 2 is not an intended continuation of the declaration in Book 1 of 2, but actually a separate and parallel result declaration form. The only original Form 34As that the commission needs in this presidential election are six (6) - one for the national returning officer, one for each candidate, and one inside the ballot boxes to be sealed with other election materials.

“There is, therefore, no room for the commission to exercise any discretion in this matter. The commission must print Form 34Bs on the same footing as it has printed Form 34As. I raised these issues today at the airport when we attended the ceremony to receive the first batch of presidential ballot papers,” he said.

Mr Mwangi said he had raised the issue with IEBC vice chair Juliana Cherera in the presence of representatives of the UDA presidential candidate led by Secretary General Veronica Maina.

He added that “all agreed that a very urgent meeting is necessary between IEBC and the presidential candidates to address these matters as they are both potential threats to the proper conduct of the presidential election as required by law.”

Reached for comment, Ms Cherera said, “The matter was raised by both Azimio and UDA while in Athens, Greece, and we agreed that we would have a plenary that would bring together all stakeholders in the presidential election and sort out the matter.”

According to Mr Mwangi, “everything else could be filled out as copies on any form of stationery and it was therefore disturbing that the commission thought it necessary to print another book of original Form 34As.”

“It is also disturbing why the public has never been informed about this, and that this was being discovered at the printing press during inspection.”

The legal advisor also stated that their team discovered the commission did not give an order to the printer for Form 34B. “When our team inquired about this, they were informed that Form 34B was not necessary and that it will ‘generate itself’ when results from Form 34A are keyed in. We also reject this explanation,” said Mr Mwangi.

Form 34B is provided for under Regulation 87(1)(a)(b) of the Elections (General) Regulations, 2017, and its format is also provided for in the Schedule of Forms.

Form 34A is a security document that regulations demand must have a serial number that is printed on the form beforehand. In all elections, Form 34B has always been printed with similar security features as Form 34A and the rest of the election materials.

Raila’s team, which sent two people to Greece to supervise the printing of election materials, has in the past raised a number of issues on IEBC’s management of the polls.

Some of the issues Azimio has sought clarity on revolve around use of the manual voter register as a secondary voter identification system should the electronic one fail.

Raila’s team has also been pushing for the electoral body to make public a list of all polling stations, make public the full KPMG report on an audit conducted on the voter roll, as well as the number of Kiems kits to be used on election day and their serial numbers.

IEBC, however, has maintained it is prepared to run a credible poll. 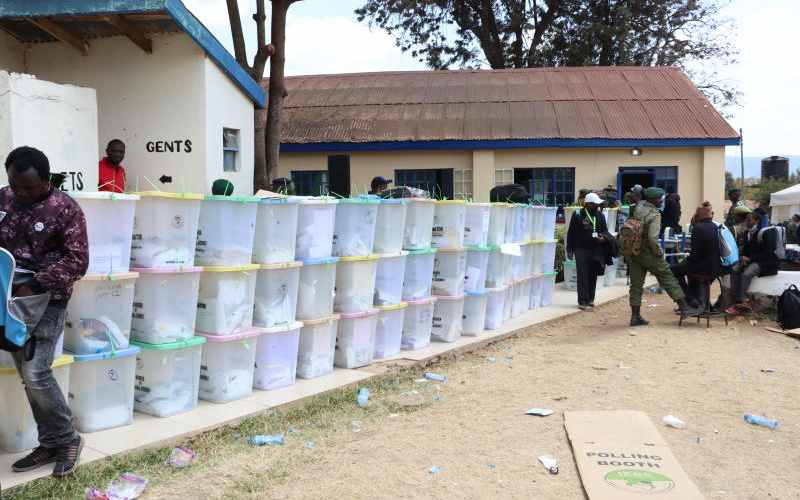 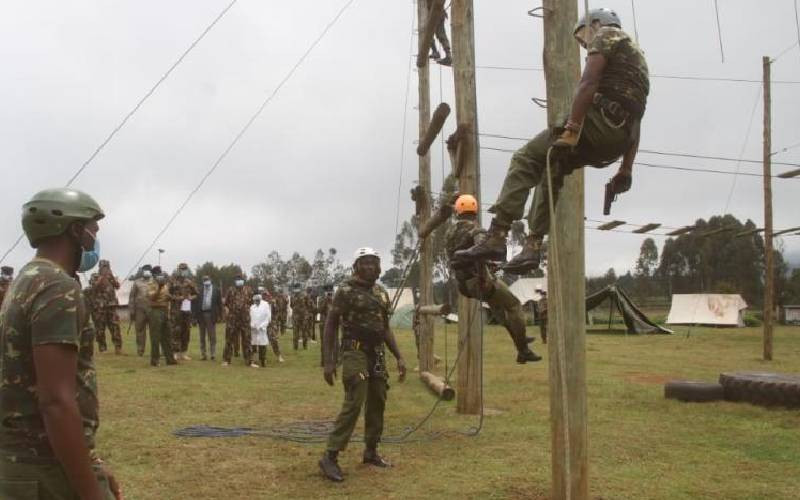 By Wainaina Ndung'u 46 mins ago
Premium Residents, police in dispute over expansion of AP training camp