By Mwangi Maina | 2mos ago 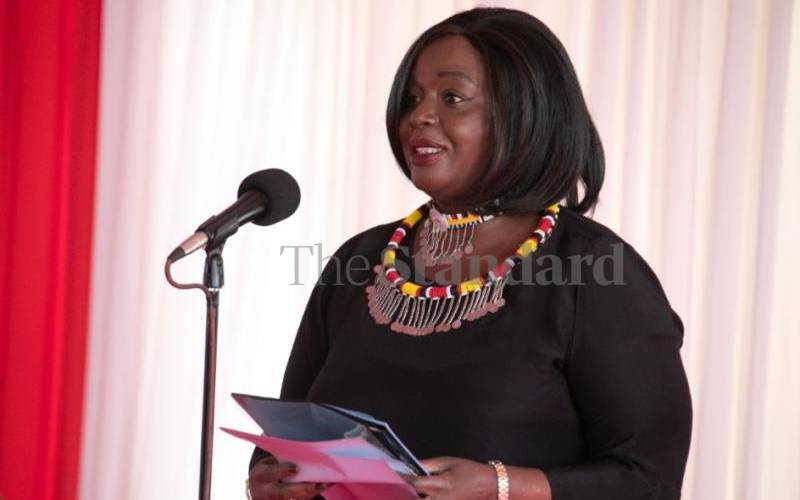 Omamo who sought to exit President Kenyatta’s cabinet through vying for the prestigious position in the UN-founded Agency, lost to Spain’s Alvaro Lario, a champion of private sector investments who was serving as the agency’s top finance executive.

The elections were conducted on Thursday in Italy with votes cast by member states only.

The newly elected President will occupy the office of the Rome-based organization in October 1 for a four-year term.

Mr. Lario will lead the UN Agricultural body into battle against a global food security crisis triggered by various factors, including the Ukraine-Russia war, climate change and the economic shock of Covid-19.

“We have the institutions to tackle poverty, we have the know-how to reduce inequality, what we need is to mobilise resources and join forces,” he told delegates from 177 member states attending the election held at IFAD’s Rome-based headquarters.

Omamo’s failure to clinch the global seat comes after weeks of silent lobbying from the government.

Unlike Monica Juma’s nomination for the post of secretary general to the Commonwealth in late August last year, which saw President Kenyatta issue a statement and a recorded video, Omamo’s nomination as Kenya’s candidate was a low-key affair such that the nation came to learn of her selection by Kenyatta from the official website of the International Fund for Agricultural Development (IFAD).

The latest development comes as a second blow for Kenya, four months after Energy Cabinet Secretary Monica Juma, pulled out of the race for the post of secretary general to the Commonwealth in late February this year suggesting divisions in the club of mainly former British colonies about her candidature.

This was after her spirited bid with Nairobi lobbying far and wide.

Notably, three of Kenyatta’s nominees for global and continental jobs since he took office in 2013 have lost to clinch the seats.

The three candidates are all women who have served as foreign ministers in his government.

In October 2016, President Kenyatta nominated his foreign CS Amina Mohamed as Kenya’s candidate for the African Union Commission chairperson but she lost her bid to chair the continental body because of what was described as Kenya’s ‘’greediness’’ for such posts by some diplomats in Addis Ababa, Ethiopia.

After the vote in 2017, South Sudan’s Ambassador to Ethiopia, James Morgan, said Kenya failed to convince even some of its closest allies from the East African Community to vote for Amina.

‘’South Sudan voted for Kenya but it is surprising that Uganda, Burundi, Djibouti and Tanzania did not vote for Kenya during the stages. We think it has to do with how Kenya relates with its neighbors. Burundi said Kenya interferes with her internal affairs by condemning the conflict there,’’ the envoy told the Standard in an interview.

Amina blamed her loss on the two main languages spoken in Africa.

"Africa is divided along language lines even though the languages don't belong to us. Yet the authors of those languages do not fight among themselves," she told The Standard.

Three and a half years later after she unsuccessfully contested for the chairperson of the African Union Commission, President Kenyatta nominated Amina Mohamed again as Kenya’s candidate for the World Trade Organization but she missed the cut to the final round of the race to lead the global trade body.

Nairobi has not yet issued any statement regarding Omamo’s loss.