List: Documents Senator Sakaja is required to provide as proof of study

Sakaja is required to provide among others; A letter of admission from the university, a valid student ID, transcripts, evidence of course units taken, a graduation booklet with his name on it, and a photo of him in his graduation gown.

This comes amid controversy over the validity of Sakaja’s degree. The Nairobi Senator is accused of faking a Bachelor of Science Degree in Management from Uganda’s Team University. He allegedly graduated from the private institution in October 2016.

“The Commission received complaints from members of the public and civil society casting doubts on the authenticity of the degree certificate submitted to CUE by Sakaja.  The gravity of the matters raised, made the Commission to revoke its decision to recognize the degree qualification in Kenya pending further investigations in liaison with other relevant investigative agencies,” CUE chairperson Nyaigotti Chacha said in a statement Friday.

The Senator, who has been asked to appear before the Commission on Monday, June 20 to aid in investigations is also required to show receipts of application and tuition fee and submit names of his lecturers during his study period.

Cue further stated that it had written to Teams University seeking more information on Sakaja’s degree, worried about the rise in the acquisition of fraudulent academic certificates.

“The problem of fraudulent degree certificates has become endemic and bears a huge reputational risk to the University academic programmes.  We shall work tirelessly to guard against this threat to our education system and as a Commission we will blacklist any university which colludes on the issuance of fraudulent degrees,” it said.

The commission also denied President Uhuru’s involvement in the matter as has been alleged by the Senator. “Any Allegations that the Head of State is involved in any way in these ongoing investigations are false and malicious and must be treated with the contempt they deserve.” 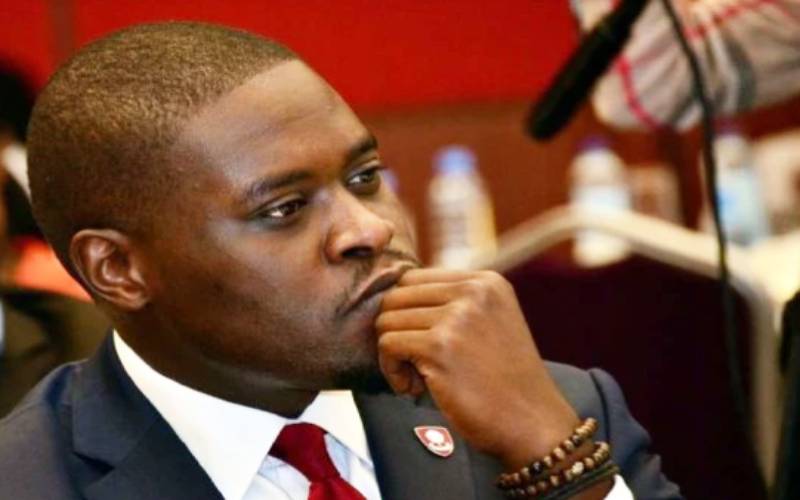 Malkia Strikers lose yet again in friendly ahead of global event
Volleyball and Handball
By Ernest Ndunda
7 mins ago
Free and fair elections
Cartoons
By Gado
21 mins ago
It's a lie! Cheating is never a mistake
Relationships
By Diana Makokha
1 hr ago
No luck for Bahati as he finishes third in Mathare MP race
News
By Fay Ngina
1 hr ago
.

By Fred Kagonye 9 hrs ago
Raila, Ruto votes in the 6 constituencies announced by Chebukati