By Graham Kajilwa | 6mos ago

If you are male, you are likely to die by your 60th birthday as men's life expectancy in the country continues to shrink.

According to the Economic Survey 2022, the national life expectancy for males stands at 60 years against females' 66.5 years.

The report indicates that none of the 47 counties has a life expectancy for males above 70 years.

Migori and Homabay counties have the least life expectancy for males at 50.5 years, with Mombasa having the highest at 65.7 years.

Of all the counties, only eight have a life expectancy for females above 70 years, with a majority of them being in Central Kenya.

The lowest life expectancy for females is 58.6 years recorded in Tana River County.

The Economic Survey 2022 by the Kenya National Bureau of Statistics (KNBS) says the data confirms the long-held notion that females are more likely to outlive males.

“However, in Isiolo County, the results indicate that males live longer than the females,” reads the report launched on Thursday.

The report shows that females in the county live an average of 59.6 years compared to males' 60.1 years.

KNBS Director General Macdonald Obudho said for some time, the gap between the two genders has been small.

“We will look at the data to find out what is really disadvantaging the males,” said Mr Obudho.

Even when life expectancy after 60 years is put into context, the females still lead nationally with an additional 17.2 years after hitting 60.

Males’ have theirs capped at 14.2 years after their 60th birthday.

Apart from life expectancy, other indicators used to measure mortality in the report are infant mortality, under-five mortality, maternal mortality and crude deaths.

Crude death rates (CDR) are the frequency of mortality in a population of 1,000 without necessarily taking into account age groups.

Siaya County, according to the report, leads in crude deaths with 15.5 deaths per 1,000 people.  The lowest is 5.5 reported in Makueni.

The maternal mortality rate is highest in Garissa with 641 deaths in a population of 100,000.

Under-five mortality per 1,000 live births now stands at 52 nationally, with the highest being 107.2 recorded in Migori County. 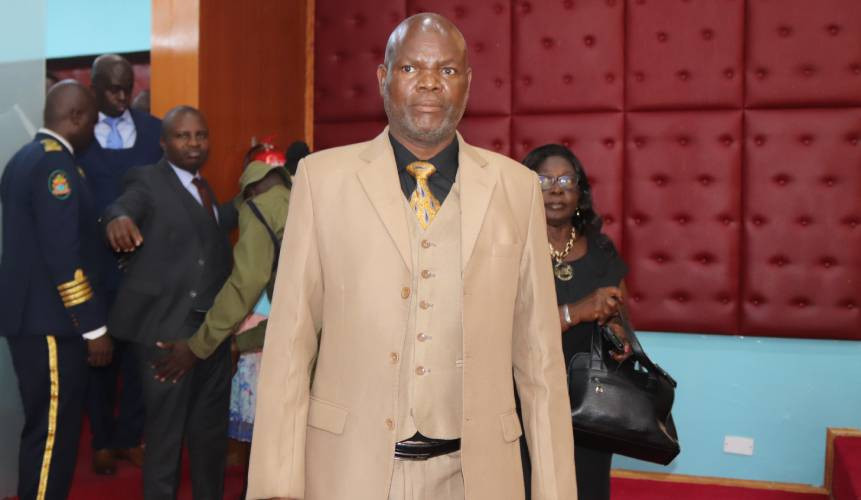 Premium Homa Bay MCA: I was unable to take bank loans due to petition
Politics
By James Omoro
10 mins ago
A woman exploiting her beauty is not a slut
BLOGS
By La Patrona
40 mins ago
Premium US links Kenyan ports to Chinese military base plan
Financial Standard
By Brian Ngugi
1 hr ago
Juliana Cherera's appearance before Parliament Committee moved to 4pm
Politics
By Edwin Nyarangi
1 hr ago
.