By Josphat Thiong’o | 1yr ago

United Democratic Alliance (UDA) has made public the list of officials who will drive Deputy President William Ruto’s presidential campaign.

The officials will also run the affairs of UDA.

The position of deputy national treasurer in charge of Programmes went to Kanake Mugo who replaced Lily Nyawira.

The position of deputy national organising secretary in charge of Strategy went to Charles Wanjala while Halima Omar will be in charge of Programmes.

Edward Muriu takes over from Melisa Ngania as UDA Secretary for Legal Affairs.

“I can confirm that we held our inaugural NEC meeting yesterday under the leadership of the deputy president. This now opens the door for the setting up of the elections board,” said the source. 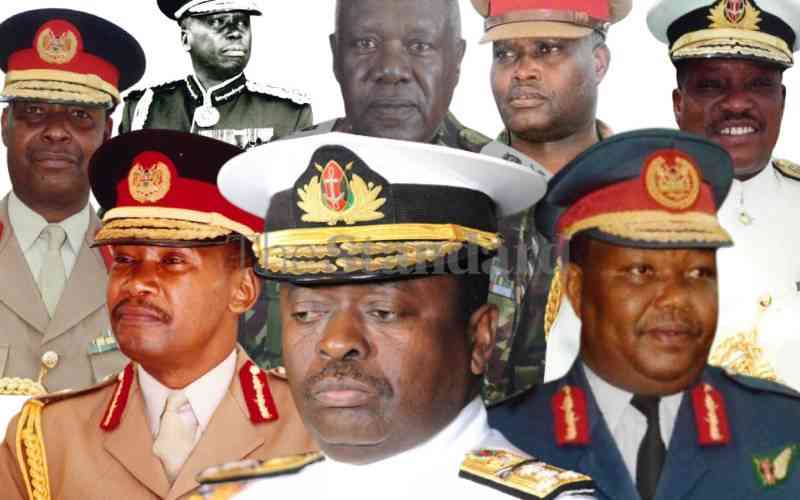 Why retired military generals should write memoirs
Opinion
By Macharia Munene
26 mins ago
Kilifi's Mr Culture advocates for cultural tourism through fashion
Arts Lounge
By Marion Kithi
27 mins ago
Find ways to finish this month on top
Living
By Esther Muchene
1 hr ago
Lobby sues State over lucrative Baobab tree export deal to US
Coast
By Kamau Muthoni
1 hr ago
.

By Biketi Kikechi 4 hrs ago
Premium Spoiling for a fight: Have Ruto, Gachagua fallen into Raila's trap?