Lessons the 'Uhuru Doctrine' holds for all Kenyans in 2022

President Uhuru Kenyatta’s speechwriting team seems to have upped its game recently. The latest idea is that of the Uhuru Doctrine, which many Kenyans missed amid the fisticuffs that surrounded National Assembly debate on the Political Parties Amendment Bill. On the bill itself, two thoughts emerge.

The first is that it creates a foundation for a functioning political party system that caters for coalition parties in our multi-ethnic setting, it brings logic to the idea of political party membership and electoral nominations and it strengthens the hand of the Office of the Registrar of Political Parties (ORPP).

In one sense, ORPP becomes the football federation through which clubs (parties) are mandated to operate, while the Independent Electoral and Boundaries Commission (IEBC) is simply charged with refereeing the actual match (the election). That is the positive spin.

The second perspective to this is that this Bill was a mini Building Bridges Initiative (BBI). In the same way that BBI effectively redrafted the Constitution, this Bill fundamentally rewrote the Political Parties Act. Let us leave that alternative spin to our creative legal minds.

Of course, none of this was evident in the televised political shenanigans we witnessed. It is difficult to find a term to explain what was the exact opposite of bipartisanship. Indeed, the word “filibustering” in describing multiple objections to the Bill – amendments to the amendments - is the latest addition to our political lexicon. It is in moments like this that one is forced to hark back to the proper role of Parliament – representation, oversight, legislation and evaluation.  Even in Kenya.

As we begin 2022, it looks like the next seven to eight months will be the longest in our lives. The presidency that will drive the national development agenda is still the holy grail, but smart political strategists will also be looking at control of Parliament to drive the legislative agenda, then control of counties to influence the county development agenda, working backwards from MCAs to governors.

Let us reflect on Kenya in 2022 through the lens of this brand new Uhuru Doctrine.

It is based on three tenets or themes. The first theme is “leadership over politics”. To summarily quote from the address: “Leadership is about vision and the next generation; politics is about positions and the next election.” An interesting narrative is offered. Our obsession with politics has left us wallowing in poverty. And in this obsession with the “political kingdom” we have left the “economic kingdom” to foreigners. Indeed, to quote further: “If chasing the political kingdom is a relic of the colonial order, the new frontier for Kenya must be economic development without politics.”

Three sets of questions are immediately apparent. One, because there is no such thing as zero politics, is the real question that our politics is unproductive – effectively a zero-sum game – unlike, say, China’s “developmental” politics? What does this mean in high-development Japan and South Korea where politics is a contact sport? Do we need a more inclusive political model in our highly diverse settings?

Two, is it our politics or our governance that is bad? If, as this column has suggested before, politics is the art of “who gets to do what”? and governance is the science in “the doing of the what” is it not bad governance that has diverted us from our desired path? Isn’t this the real reason we are not where the “Asian Tigers” are? Governance in this sense is not just about corruption, despite its deleterious effects.

It has a supply-side of capable, responsive and accountable government and a demand-side of public transparency, accountability and participation. Is this not the kingdom we must seek?

Three, isn’t the related problem one of the “commanding heights” of a predatory administrative state that, despite our liberal constitution, is still dominated by bureaucratic capitalists and the landed gentry? While refraining from the term “dynasties”, no politics works where the top people in politics are also the top people in business. Fundamentally, we are yet to create the true policy-political state that solves the problems of all of the people. This is probably why we have a new electoral conversation in 2022.

The second theme is “justice over law”. The stated intent here is for a justice system that heals and restores; not one that punishes and wounds. Or, to quote, “a (justice) system that improves the law, not one enslaved by the law”, and “the law without justice is a wound without cure”.  In this broadly correct thinking, justice is the big picture, and law is the tool.

Two immediate points can be made here. The first is that our legal system of crime and punishment works much better most of the time than our justice system of restitution, restoration and rehabilitation. Just ask any petty crime offender, but forget about the mega-corrupt. People should go to prison as punishment (for crimes committed), not for punishment (of living in poor conditions). This was the essence of the “Moody” reforms implemented through the Governance, Justice, Law and Order Sector Reform Programme of the earlier 2000s. The really big picture would see “justice as fairness”.

The reverse point also applies. It is easy to see reference to the BBI enterprise now at the Supreme Court. Although the adverse High Court and Court of Appeal rulings were about process, there was reasonable concern that the Constitution’s content was being changed before it has been fully implemented. Unless there is a view that the Constitution cannot be fully implemented and must therefore be watered down.

Chapter 11 on devolution is still work in progress. “Big Four” Agenda notwithstanding, Article 43 rights have still not been systematised and mainstreamed into the daily workings of government.  The Leadership and Integrity Act basically mutilated Chapter Six. If we view these three chapters of the Constitution as justice chapters in their infancy, why and how would legal change improve them? Again, this is probably why basics around poverty and inequality are at the core of the 2022 conversation.

The third theme is, loosely, “bold before beautiful”. To quote, “Kenya must choose the bold path over the popular path”. The next sentence is a little disconcerting in stating “we must choose the critical few who are bold over the trivial majority who are not”. The essential point made under this theme is that Kenya cannot industrialise or transform economically without imposing limits on politics. The question of why our politics is unproductive resurfaces, but the solution is not to eliminate all politics. The deeper question is how Kenya as a developmental state stops losing two years every five. Is it all politics?

Further, where politics is seen as a more lucrative enterprise than science, art, history or industry, it does not go away. However, it is correct to point towards bold decision-making over raw populism. Here are two questions for reflection: Was it bold to engage in an infrastructure-spending spree that has left the country at high risk of debt distress, and with a continual need to borrow from Peter to pay Paul? Was the failure to test for project economic and financial viability that forced the International Monetary Fund to impose project management guidelines on Kenya bold? There is a world of difference between bold, rash and reckless.

But here is the real test of boldness. Has any effort been made to radically restructure government to conform to the demands of the Constitution? Think about the five capabilities now expected of government. Realigned policy, legal, regulatory and institutional frameworks. Enhanced policy and planning to results frameworks. Reengineered policy execution and service delivery frameworks.  Sound public accountability, transparency and participation frameworks. New coordination to collaboration frameworks. The point was never to inflate new institutions into government, but to boldly reform it.

What, then, does the Uhuru Doctrine hold for us in lessons for 2022? The politics will not go away, unless we revert to a one-party state (which will still have its own politics). But within this doctrine is a possible frame through which our future leadership must be tested in the August election and beyond. It is pretty simple. Think of the Constitution as the roof over all our heads, and values and virtues as our foundation. Consider that a lasting peace is not the absence of war, but the presence of justice, as fairness. Reflect on the notion that justice itself is about a balance between our security and our rights. And that peace balances moneyed prosperity (our top-line) with dignified progress (our bottom line). The good news is that, by his New Year’s Address, the president has opened up this 2022 conversation. (See second part tomorrow)

The writer is a public policy expert and management consultant.

Real Madrid strike duo Karim Benzema and Vinicius Jr both scored a brace to give the LaLiga leaders a 4-1 home win over Valencia on Saturday, putting 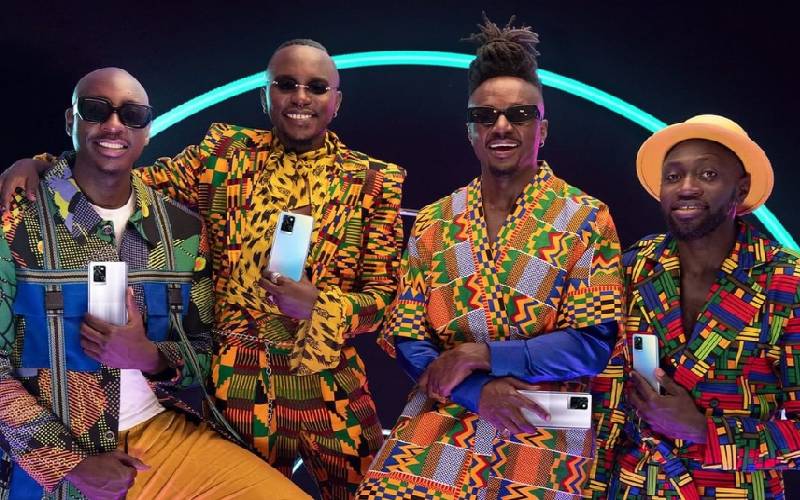 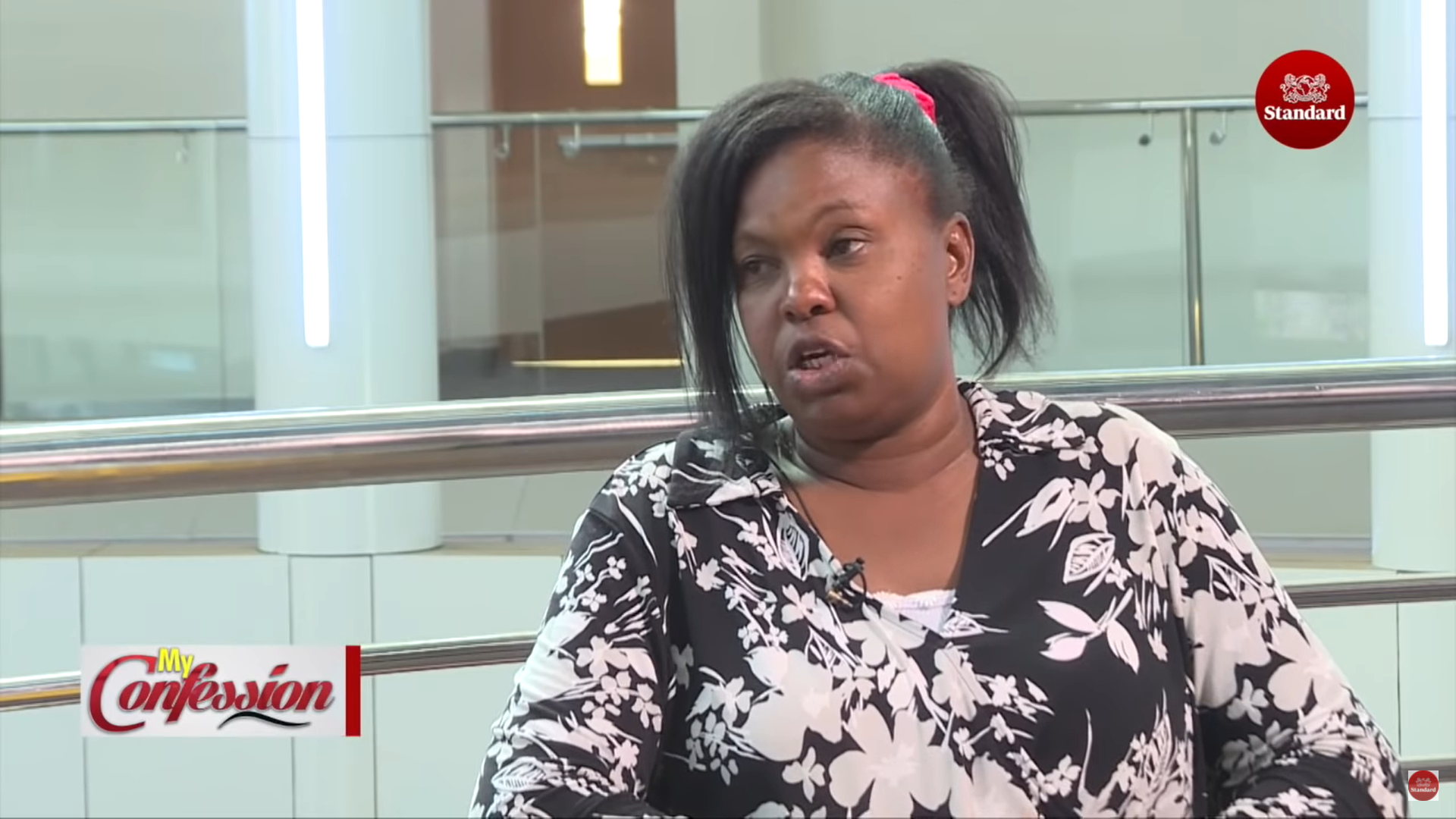