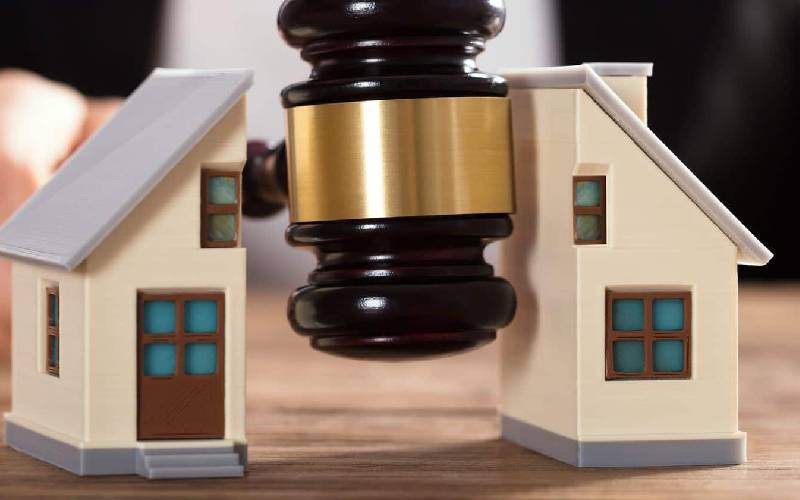 The High Court has dismissed a case where a 52-year-old man had been accused of forging an affidavit to inherit in a Sh2 billion estate left behind by a Nyeri tycoon in a long-running court battle.

Justice Abigail Mshila set aside the criminal case against Charles Wanjohi and his mother Lydia Wanjira Chomba by a magistrate’s court.

The case follows an affidavit that gave Wanjohi a right to inherit the estate left behind by Wathuku Ngure.

Wanjohi says Wathuku was his father, a claim the deceased's brother Githinji Ngure and cousin Charles Mwangi Gatundu have disputed and later dragged him to court in a case that has been running for the last 24 years.

Applicants claim Wanjohi's affidavit was forged and that he is not Wathuku's son as he'd alleged.

At the time of his death, on September 7, 1996, Wathuku had 50 acres under coffee in Nyaribo Farm and another 130 acres under horticulture.

He also had a fleet of vehicles and tractors, and several bank accounts that held millions of shillings.

It is this wealth that has given Wanjohi sleepless nights as he shuttles between the police station and the courts in a vicious fight centered on the establishment of whether he is the right heir to Wathuku's estate or not.

Is Wanjohi Wathuku's son? This is a puzzle that has remained unresolved for 24 years.

Githinji and his cousin Mwangi have disputed Wanjohi's claim that he was Wathuku's son.

It has been for 24 years now and it appears when one court agrees with Wanjohi, Githinji and Ngure take him to another, over the same matter.

Wathuku died without a will. At the time of his death, he had no wife but there was Wanjohi.

Wanjohi, upon learning the patriarch had died, lodged the first case that saw Wathuku's body remain at Chiromo Mortuary for six months.

Wanjohi sued Adriano Ngure, who was a cousin to the Wathuku, Githinji, and Wathuku's sister Wahito Gichuki, seeking orders allowing him to bury the deceased at Nyaribo, Nyeri County.

He also contested being sidelined in the burial plan saying he was a biological son to the deceased.

However, the three distanced themselves from Wanjohi, claiming Wathuku had married two women who died without giving him an offspring.

They however admitted that Wanjohi’s mother was a girlfriend to the deceased. They said Wathuku was involved with many other women.

Justice Mshila noted the motive of Wanjohi’s antagonists to complain to the police over alleged forgery was to use the officers as pawns to score against him.

A total of 20 Court of Appeal judges and two High Court judges have handled the case since the battle started.

So vicious is the battle that judges in different rulings agree that the saga qualifies for an Oscar or a bestseller novel.

In their ruling, justices Samwel Bosire, Moijo Ole Keiuwa, and J G Nyamu described it as a “... case in which the dead might be turning in their graves in anticipation of the outcome, and those who are alive waiting for the second coming of the Messiah so that the truth can declare itself.”

Wanjohi’s court papers show all that Wathuku did for him was to go before a chief, swear an affidavit that he was his son, facilitated his change of name and introduced him to his workers and friends as his son.

Githinji and Mwangi, on the other hand, have claimed that as representatives of the ‘Aceera’ clan they are entitled to inherit Wathuku's wealth because he had no surviving spouse or children.

This is disputed by Wanjohi who argues that he is the sole heir to his billions.

He has the witnesses and a thumb-stamped affidavit to prove that the patriarch recognised him as his son and even contributed to his education.

Nairobi tops the list with Sh54.32 billion as controller of Budget says failure to make payments when due constitutes a severe material breach. 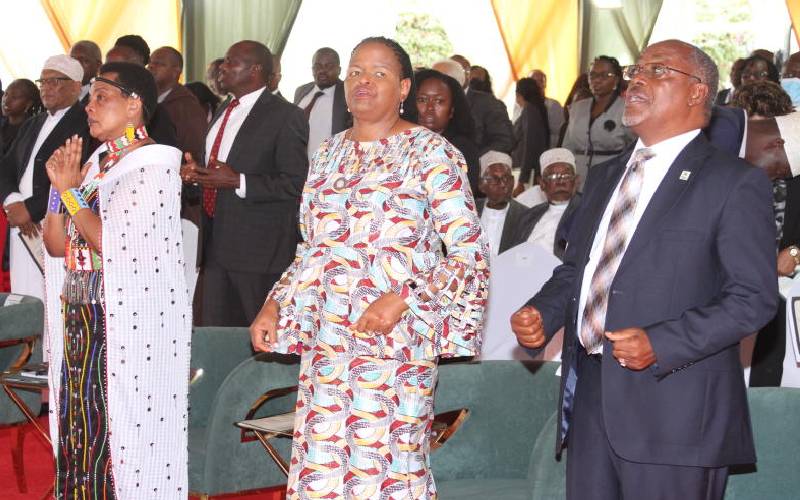