When Nabongo Mumia wetted his trousers 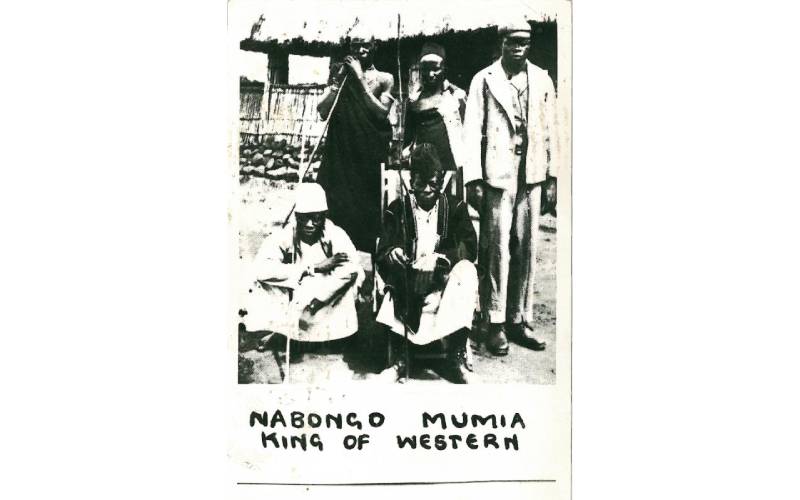 Recruited from Nyanza region, the KAR mutineers had downed tools for ‘breach of contract’. When they were recruited by the provincial commissioner, the understanding was that they were hired as frontline combatants.

“Instead, they had been poorly equipped though in a forward area. Many had no rifles, they were treated as labourers not soldiers,” wrote Michael Blundell in his memoirs: A Love Affair with the Sun.

Blundell had just been recruited into KAR in January 1940 when the mutiny happened. His first major assignment, after a brief orientation into the military, was to go and quell the mutiny.

Having been made a KAR commander, Blundell took up the challenge. The obstacle, however, was that the mission could abort if a native leader was not involved. Since the mutineers came from his area of jurisdiction, his brief was to talk and convince them to abandon the revolt.

Thus, Blundell was ordered to meet Nabongo in Nanyuki where he would be flown from Kisumu. Then Nabongo and Blundell would be flown to an airstrip in Garba Tula, the area where the mutiny had taken place.

“However, when the chief stepped out of the aeroplane at Nanyuki, I noticed that he had been caught unawares by the cold when flying over the high country around Molo and the Aberdare Mountains, and the front of his trousers was noticeably wet,” revealed Blundell.

Blundell warned Nabongo to prepare for the worst since their next flight would fly over Mount Kenya, which was much colder. The commander gave Nabongo a small container known as a chagul for peeing, just in case nature came calling.

In dry northern Kenya, a chagul–with a broad neck at the top that acted as a spout–was used for storing drinking water when travelling. Blundell showed Nabongo how to use the chagul through the spout and off they went.

But when they touched down at Garba Tula, Blundell was stunned. The chief had urinated on his trousers again.

“I went up to him and whispered, ‘why didn’t you use the chagul?’” And he replied with dignity, “Bwana, the mouth of the spout was not wide enough and could not fit in it.” So much for a good idea, but what a man, remarked Blundell.

Nevertheless, Blundell and Nabongo learnt that the major cause of discontent was the fact that the men’s remittances to their families back homes never reached. The monies were being squandered by the adjutant.

Teenage mothers have higher risks of living on lower incomes, lower educational achievements and difficulties with housing compared to their peers.

Why domestic workers run to the Gulf despite reports of abuse
;
Feedback