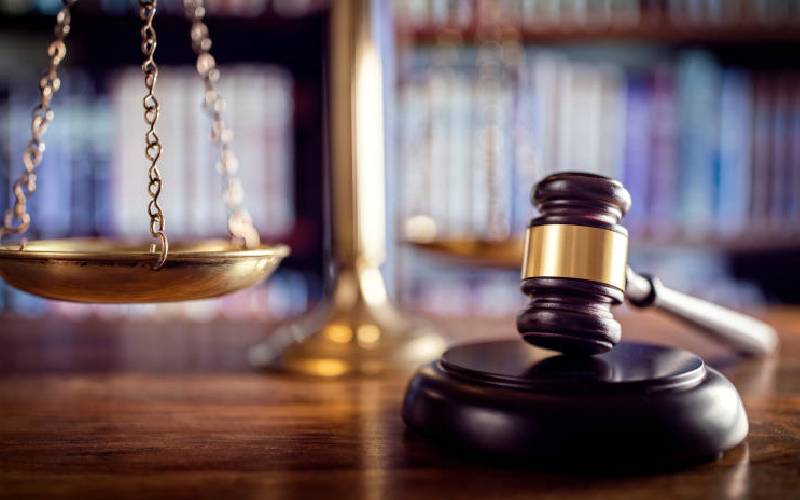 A man’s bid to challenge a law barring married couples from sharing their matrimonial wealth before a divorce has flopped.

Family Court judge Aggrey Muchelule dismissed a case by a man who sued his wife in a dispute over the sale of their matrimonial home in Loresho, Nairobi.

The man wanted to dispose of the house worth Sh70 million, share 60 per cent of the proceeds with his wife and children and use the remaining 40 per cent to buy a home.

But his wife would hear none of it, prompting the man to seek the court’s intervention. From court records, the woman went ahead to place a caveat on the property to ensure her husband could not sell it.

According to the judge, it would be unfair for the court to settle the duel between MKG and his wife codenamed EG without giving the AG a chance to argue on the constitutionality of sections 7 and 12 of the Matrimonial Property Act.

“I have ascertained that the three grounds in the objection raise pure points of law, and that if they are disposed of in the respondent’s favour, that will be the end of this petition. Lastly, there is no dispute that the facts on which the petitioner has relied on are not in dispute,” ruled Justice Muchelule.

He continued: “They are that the two are married and live together in the matrimonial home; that the petitioner wants to sell the house; and the respondent has refused and is relying on sections 7 and 12 of the Matrimonial Property Act.”

Although the couple live under the same roof, Justice Muchelule condemned the man to pay his wife the cost of the case. In the case, MKG testified that he is a retiree who is tired of depending on his children for his daily bread. According to him, at 76 years, the easier way out of his predicament was to sell the house, divide 60 per cent of the proceeds between himself, his wife and three children and buy a new one.

MKG suggested that his wife could use her 20 per cent to find alternative accommodation.

He argued that the two sections dictating how to dispose of wealth generated in a marriage are against his right to dignity, social security and against his right to have a decent life as a senior citizen. MKG’s wife stuck to her guns that their home would not be sold. EG argued that she was the one who identified the house in contest and contributed towards its acquisition. The court heard that there is a guest wing, which the couple rents out for Sh52,500 a month.

EG narrated history of mismanagement of family financial resources and stated that they have, over and above the home, four acres in Nyeri on which sits their rural matrimonial home, a commercial building at Giakanja and a commercial plot in Kajiado. She said she had no problem if the man wants to sell any of these properties.

In his further affidavit, MKG denied mismanaging his family’s wealth. According to him, each of his children has a young family and he did not want to put pressure on them to support him.

According to him, he received Sh2 million compensation from his former employer, Mastermind Tobacco Limited, of which he used a half to support a business by one of his children. At the same time, he argued that the Giakanja property fetched Sh30,000 and proceeds from Nyeri land are used to support his sister.

How nosey Mo nearly exposed the Pope in his bedroom

By Wainaina Ndung’u | 10 hours ago

Two more women who claim to be wives of man killed in Mirema record statements
;
Feedback