The lawyers’ society says only Haji has powers to charge the judge or not, based on evidence produced during investigations.

LSK president Nelson Havi says the tussle between Haji and Director of Criminal Investigations (DCI) George Kinoti over the judge is unnecessary as the latter does not have powers to charge.

“A review of the documents filed in court in Petition E334 f 2021, Justice Sankale Ole Kantai versus Inspector General of National Police and others is indicative of brazen, unconstitutional and unlawful attempt by the DCI to stray, foray into the constitutional mandate of the DPP and in the process, imperil the functions of the DPP,” says Havi.

Judge asks Kinoti to report to prison and serve his sentence

On Tuesday, lawyers for Cohen’s family filed a petition on behalf of his sister Gabriel Hannan Van Straten, seeking to remove Haji from office for declining to charge the senior judge.

Although the DPP cleared him, Hannan claims he was involved in the murder.

“That Noordin Haji the DPP herein has demonstrated such abuse of power and abuse of office by restraining the Director of Criminal Investigations from arresting Judge Sankale, for his involvement in the murder,” she claims.

Haji said he will reply to the allegations once Public Service Commission (PSC) in accordance with Article 158 of the Constitution citing the grounds and procedure.

However, LSK president claims there are DCI footprints in the petition.

“The petition though presented by the family of the late Tob Cohen, has all visible footprints and fingerprints of the DCI. It seeks to achieve what the DCI has failed to obtain by striving to direct of control the DPP on the matter. The DCI has in this case purported to arrogate to himself power that he does not have,” Havi continues.

LSK says based on the Constitution, Office of the Director of Public Prosecution Act 2013 and the National Police Service Commission Act 2011 and the guidelines on the decision to charge 2019, the DCI cannot instate charges without the DPP’s consent.

According to the president, the creation of the DPP as an independent office was to offer checks and balances in order to avoid the abuse of powers of criminal prosecution.

“In the hierarchy of powers related to criminal investigations and prosecutions, Article 157 (4) elevates the DPP above the DCI… The DCO has in this case purported to arrogate to himself power that he does not have by demanding that the judge be charged when the DPP has determined on the basis of evidence and the law, that a murder charge cannot sustain,” he says.

DCI argues that the judge was involved in the murder as he constantly communicated with Cohen’s widow Sarah Wairimu Cohen six hours after the businessman was murdered.

John Gachomo, a senior assistant Inspector General of police who is based at the DCI claims that forensic investigations placed the officer at the scene of the murder. Gachomo, who says he was in the team which investigated the murder, alleges that on July 19, 2019 as from 12.52 hrs and 19.12 hrs he was continuously communicating with Wairimu who was allegedly at the scene of crime.

“One of the communication calls between the petitioner and Sarah Wairimu Kamotho lasted for six minutes continuously. The late Tob Cohen was murdered about six hours after this suspicious communication,” claims Gachomo.

In court, Gachomo also claims the judge illegally transferred Cohen shares and allegedly helped Wairimu change her statement. However, the DPP says the evidence placed by DCI showed nothing to collaborate their claim. He says they sent a file with a blank email and shares issue was also not supported by evidence.

“It was evident that no inference of guilt could be drawn against the petitioner herein as the circumstantial evidence did not satisfy the requisite requirement and consequently, the same could not form the basis of preferring criminal charges against the petitioner,” Haji replied adding that Gichomo, a former Anti Terror Police Unit (ATPU) boss did not investigate the Cohen's murder case.

The judge says he is a victim of battles between Haji and Kinoti. Citing his job as a judge who handles cases where public confidence is paramount, the judge drew parallels to the recent arrest of fellow judges Justice Aggrey Muchelule and Justice Said Chitembwe saying DCI arrests have occasioned great anxiety among judicial officers, besides threatening independence of the judiciary.

"The respondents' actions have affected my work life and I am not able to hear and determine matters where the respondents are parties without fear of intimidation," Sankale says.

As at June this year, Kenya’s total debt stood at Sh7.71 trillion, the report indicates.

The failure to fulfill these promises was the result not only of Jubilee’s unmatched corruption, but also poor planning.

By Stevens Muendo | 49 minutes ago

By Allan Mungai | 54 minutes ago 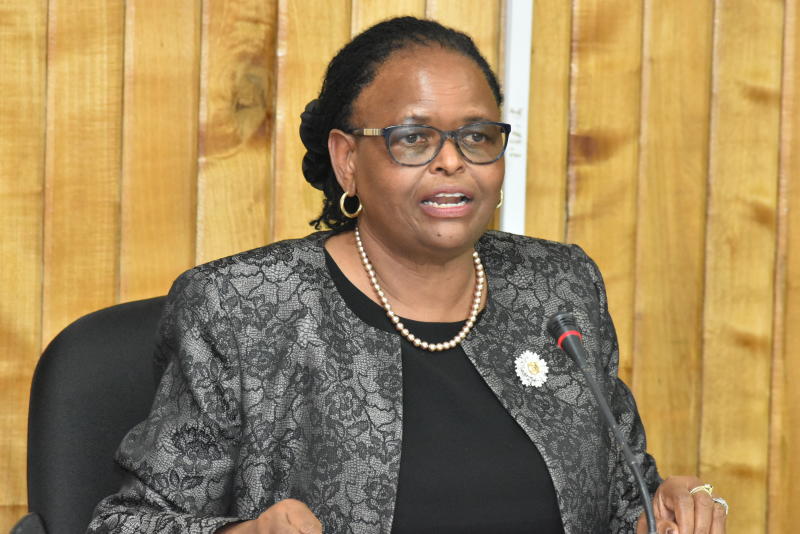 By Jacinta Mutura | 58 minutes ago 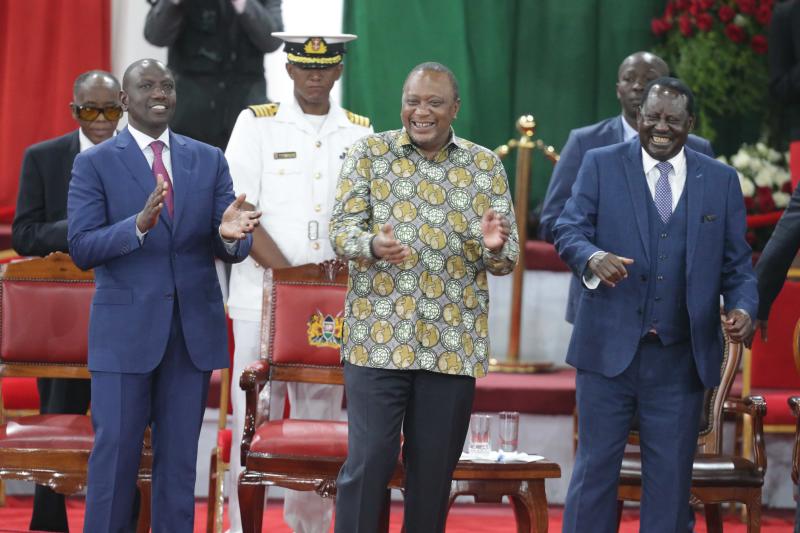 Kenya's next leader should strive for a citizen-centric government
;
Feedback