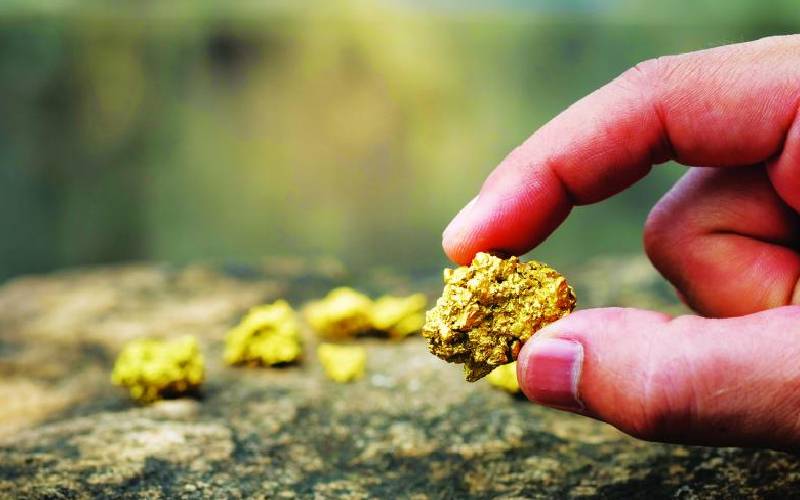 Detectives at the Directorate of Criminal Investigations (DCI) have arrested a suspect in an incident that involved an Indian businessman who was defrauded of gold worth Sh200 million in a fake gold business deal.

The suspect, Hezbon Nyabola, was arrested after being linked to phone calls made to the businessman by an unidentified Kenya Revenue Authority (KRA) officer who demanded tax payments and received Sh2,670,000  ($26,700).

Preliminary investigations by the DCI indicate the gold was on transit from Guinea Bissau via Kigali after which it would be put on a plane to India via Kenya’s Jomo Kenyatta International Airport.

“After the complainant (Indian businessman) received confirmation from [Cavalho] Lopes, that the shipment was on transit to Nairobi, he was contacted by a person purporting to be from Kenya Revenue Authority a few days after.

The shipment was to be shipped by Cavalho Lopes, a Guinea Bissau national, who had received a payment of Sh178 million ($1,780,000) from the complainant in exchange for 44.45kg worth of gold, investigators say.

The complainant has told the police that he became suspicious when the goods failed to arrive in India after making payments to a ‘tax officer’.

Upon the intervention of police officers, river bed pebbles were found arranged in a box that was supposed to ship gold worth hundreds of millions of shillings.

Nyabola is in police custody pending arraignment in court with charges of obtaining money by false pretences.

Cases of mysterious abductions and executions are not only becoming worrisomely rampant and boldacious, but also taking a new and disturbing dimension

Firm had an earlier estimate of Sh319 billion for bringing to fruition Kenya’s dream. Higher costs follow a new plan for a larger crude oil processing

By Sirajurahman Abdullahi | 2 hours ago

By Joackim Bwana | 16 hours ago