Justice John Onyiego ruled that former MP lawfully acquired Sh41 million from Kenyatta National Hospital from a contract to supply bedside lockers and dismissed a suit by the Ethics and Anti-Corruption Commission which alleged that the money was acquired through fraud.

“The sum being sought for recovery was paid through a validly executed contract after obtaining requisite clearance and approval. Since goods were delivered and payment made by the hospital, there cannot be a claim of unjust enrichment to justify a refund to the government,” ruled Onyiego.

According to Justice Onyiego, EACC failed to prove that Mututho committed fraud through the contract with KNH and that the ex-MP filed sufficient evidence to show he delivered the goods and was reimbursed the Sh41 million to cover for tax.

The dispute dates back to 1999 when Mututho through his company Country Side Supplies won a tender to supply KNH with 1,600 imported bedside lockers at a cost of Sh71 million. The amount excluded the Sh41 million tax which according to the agreement was to be paid by the hospital.

However, upon delivery of the goods, the hospital failed to pay the required taxes which prompted the former legislator to demand a refund of the extra Sh41million which he claimed he paid to have the goods cleared by the Kenya Revenue Authority.

The anti-graft commission then filed the suit to recover the Sh41 million from Mututho, arguing that he fraudulently acquired the amount using forged tax documents from KRA.

Mututho in his defence stated that he delivered the goods as per the contract but KNH disputed some of the payment which resulted in the dispute going for arbitration after which the arbitrator awarded him all the incurred expenditure.

Justice Onyiego ruled that there was indeed a valid contract between the parties and that the goods were delivered as per the tender which proved EACC’s claims of fraud was not justified.

On the question of whether Mututho illegally received the extra Sh41 million as tax reimbursement, Justice Onyiego ruled that it is KNH to blame for failing to meet their part of the contract when they promised that they would ensure the goods are exempted from tax.

“I am satisfied that the defendant (Mututho) made payments for clearance of lockers and produced payment receipts. There is no way goods imported could fail to attract duty before being released at the port of entry. He was justified to seek for a refund for the tax expenses,” ruled Onyiego.

Although EACC had claimed that the tax clearance was forged to justify the claim for a refund from KNH, Justice Onyiego ruled that only KRA can prove if their documents were forged and that they can still file a suit to recover the tax if it is discovered the tax was not paid.

He added that it could have been possible that KRA manipulated their system when calculating the tax for the imported lockers but that it would not justify any order for Mututho to refund the amounts. 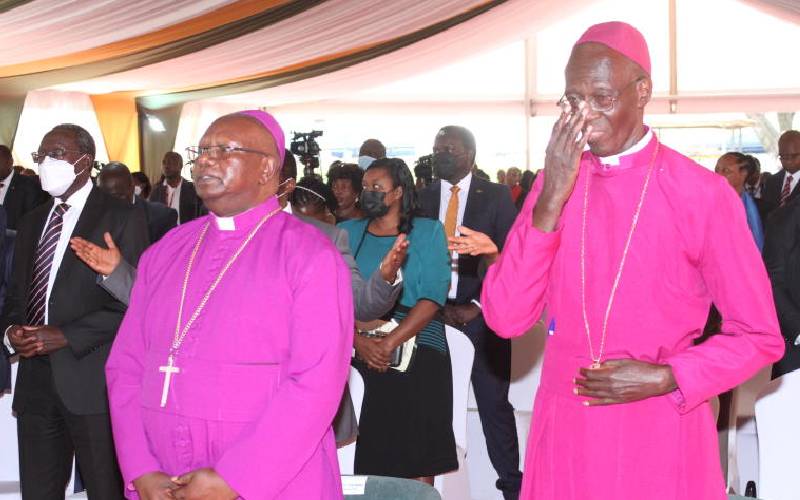 By Bradley Sikolia | 3 hours ago