By Stephen Rutto | 1yr ago

They prey on hope and thrive on desperation. This combination gives agents an irresistible allure that has, for decades, attracted a stream of young women and men into their hold and further onwards to the Gulf States.

Sometimes, the recruits make something of their lives. Sometimes they don’t. The only winners in the years that the movement of labour from villages around Kenya to these countries has gone on have been the recruiters.

Like the proverbial casinos, they are the house that never loses. And as graves increasingly dot homesteads around the country, theirs are the only deals that continue to play winning hands.

The promises to Saudi Arabia and other Gulf countries are still sweet to the ears of jobless young women.

Who can offer you a job of Sh25,000 a month with free accommodation and food to boot? A gulf job recruitment agent asked this writer in a telephone interview.

From Saudi Arabia to Qatar to Oman and Bahrain, Kenyan women are flocking to the Middle East despite the reports of horrendous deaths and torture, synonymous with modern-day slavery.

For example, when Rebecca Chesang, whose journey to Saudi Arabia turned into pain and was highlighted late in December 2020, was informed of the opportunity by a friend in Eldoret, she immediately took the offer since she was not asked to pay for an air ticket as well as the cost of applying for a passport.

And, seemingly, the faceless agents are interconnected.

One team is in Kenya and another comprising Asians is based in the Gulf. In a symbiotic manner, they connect Kenyan girls to wealthy families in Saudi Arabia and neighbouring countries with a commission ranging between Sh100,000 and Sh200,000 for every girl, according to a source working for an agent in Nairobi.

When contacted, Jane (the agent) said the office was a subsidiary of another based in Nairobi, and was closed due to economic effects occasioned by the Covid-19 pandemic.

“After I complained, I was taken to a kangaroo court in Riyadh, where I met several other girls. In those courts, the employer is always right. I was later taken to the Kenyan embassy and still awaiting to travel to Kenya,” Jepkosgei said.

She said her repatriation to Kenya had been delayed after Riyadh suspended exit Visas.

“The Embassy has been made aware that the processing of Exit Visas has been temporarily suspended. Those whose fingerprints were already taken will be notified as soon as the visas are out. The rest should wait until further notice,” the Kenyan Embassy in Riyadh tweeted on March 11.

The embassy had tweeted on March 8: “With effect from Thursday, March 11, 2021, those Kenyans without documents and wishing to start the process of acquiring exit Visa to go home will be attended to on Thursdays – 9am to 10:30am - and not Sundays as has been the case previously.”

Jepkosgei was one of the Kenyans categorised as not having travel documents and awaiting to be repatriated from Saudi Arabia.

Her agency, she says, distanced itself from her after the ordeal. She is now under the mercy of the Kenyan Embassy.

Another house help in the Western part of Saudi Arabia only identifies herself as Joyline, and has been seeking help to be flown back to Kenya.

Joyline says she was thrown out by her employer after she fell sick.

“I fell sick while still within my contract and things turned from bad to worse. The family that employed me refused to take me to the hospital and later threw me out. Luckily, I met a Kenyan called Leah and she took me in. She has been struggling to get me some medicine. I am bedridden and developing bedsores,” he says.

Halima Kadzo Ziro, whose leg was amputated earlier in February, explains how she once traveled to Malindi and decided to check on her agent in Mombasa and found the offices occupied by a different business entity.

“I had come to Kenya two years ago to visit my children in Malindi. My two-year contract was about to expire and I wanted to meet the agent with a view of seeking an extension, but they had moved to an unknown location and couldn’t be reached on the telephone,” Ms Halima, who is stranded in Riyadh said.

She said her contract with the employer in Saudi Arabia ended and she started looking for jobs in the country until she fell ill and her right leg was amputated.

Kenyans in Saudi Arabia, after what they describe as a cat and mouse game with agents who move hundreds of girls into the country, only to abandon them at the hour of need, founded an association to help their compatriots.

Peter Kalisto led them in the establishment of the Volunteer Foundation in the Gulf to unite Kenyans in the Asian region.

The association has 220 members so far, according to Mr Kalisto.

“Hundreds of young Kenyan women are stuck here in Saudi Arabia. The employment agents that brought them to the Gulf have abandoned them. They are on their own,” Kalisto told The Standard from Riyadh in a virtual interview.

He says a majority of women abandoned in Saudi Arabia are those whose contracts expired and decided to look for opportunities, and when they run into trouble, the agents decline to take responsibility.

He says the organisation has mobilised funds for the repatriation of bodies of 12 young women who have died since late December.

He says they have been raising up to Sh300,000 for each family after families who employed them in Saudi Arabia declined to take responsibility.

Efforts to get a reaction from the Ministry of Foreign Affairs Ministry on the situation of women suffering in Saudi Arabia and other Gulf countries have been futile. 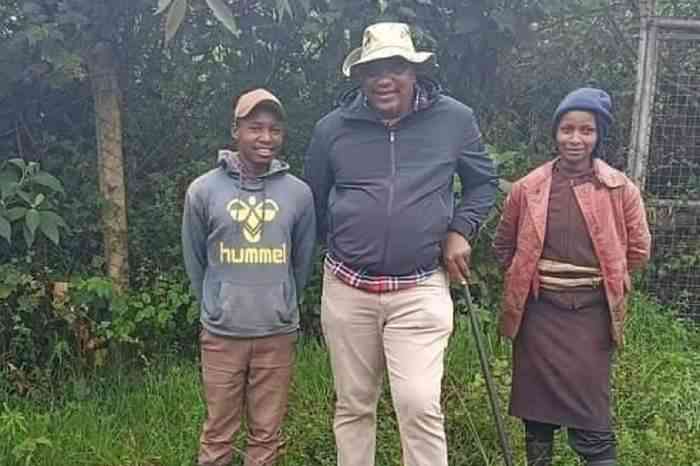 Boredom awaits the President in retirement
BLOGS
By Brian Guserwa
33 mins ago
Mombasa, Kakamega governor races suspended
National
By Stephanie Wangari
47 mins ago
Former President Uhuru Kenyatta's Aide-De-Camp officially takes over as Kenya Army Commander
National
By David Njaaga
1 hr ago
Life goes on after elections, regardless of who wins
BLOGS
By Cosmas Butunyi
2 hrs ago
.