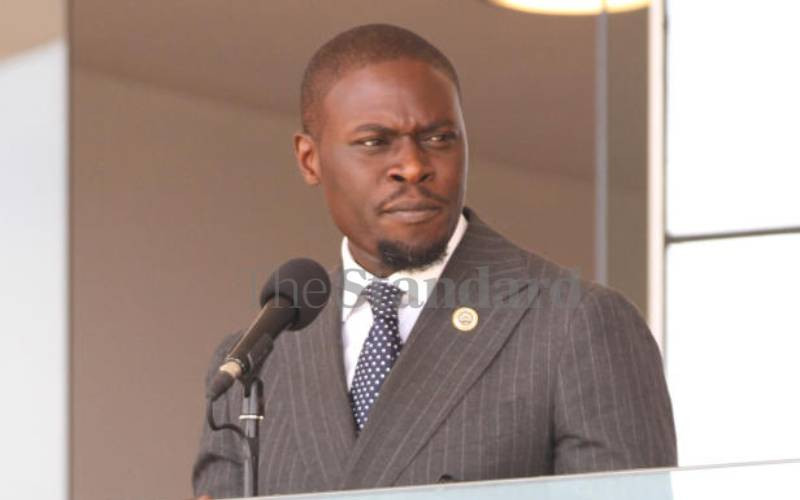 Nairobi Governor Johnson Sakaja (pictured), during his campaigns and his maiden speech in the assembly, said his administration would introduce a unified single business permit.

The governor said the measure would ease the cost and convenience of doing business so that traders and SMEs do not have multiple licenses for them to trade.

“Let our business people concentrate on doing business as opposed to spending all their energy being harassed on compliance matters,” Mr Sakaja said.

It has now emerged that this could take some time to achieve as some legislation is needed to make it work and help the county boost revenue collection.

The new developments emerged when the members discussed the governor’s speech warning that the move could hurt small traders.

“Unless it is brought out well, more legislation to realign it because it might hurt small traders,” Kariobangi South MCA Robert Mbatia said.

The former chairman of the Budget and Appropriations committee added, “It is something that should be handled carefully but the spirit in which the Governor was saying, he wanted to ease the process of getting a license,”

According to a member, a similar idea had been introduced and it only boost revenue collection for one year but afterwards, the collection went down. Thus during the last assembly, the county came up with a law that required traders to pay in installments to allow small traders time to raise the fee since licenses expire at different times.

“Unifying means you have to come up with more legislation to make sure that you are considering the issue of the period,” Mbatia added.

The Member argues that this can be cured by expanding tax brackets and increasing the businesses by easing the process of getting licenses which leads to more businesses.

At the same time, Mbatia said some County officials have been going around asking for small traders to pay for five certificates yet they were zero-rated.