Irate woman kills one, two fighting for their lives in ICU 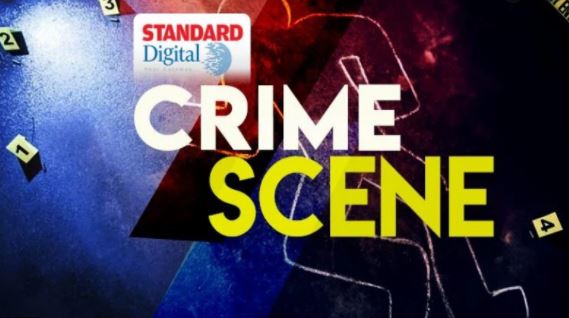 A squabble between a woman and her lover turned tragic last Wednesday after she killed an acquaintance.

Two others are admitted in a Nairobi hospital where they are nursing serious knife wounds.

Police officers at Kasarani Police Station had to make special arrangements to hold the woman in a lone cell after she turned violent on others.

The woman and her lover disagreed while on their way home and started exchanging blows in an open field at Kamae in Kahawa West.

Some curious onlookers cheered them on while another group attempted to intervene.

It is at this point that things took a tragic turn when the woman pulled out a dagger and stabbed one man to death and injured two others.

Anne Mwangi, who runs a kiosk in the area, said the suspect and the three men seemed drunk and are known to each other.

DCI chief George Kinoti said one of the men who sustained a deep cut on his ear bled to death.

The other injured men are currently admitted to the Kenyatta University Hospital ICU where they are receiving treatment for stab wounds.

Those who witnessed the attack say the woman was swift and appeared to possess special skills.

Kinoti said the police were informed by the public that the suspect was later seen licking blood off one of the victims.

The police chief said the investigators intend to take the suspect for mental examination.

“We will get into the bottom of the matter,” said Kasarani Police boss Muthuri Mwongela.

But the suspect denied that she was in possession of any special skills.

Yesterday, The Saturday Standard spoke to the suspect at the Kasarani Police Station where she will spend the next 14 days as the DCI completes the murder probe.

In an exclusive interview, the suspect claimed she was not aware that she had committed any offence and claimed that she was in communication with God who directed her to deal with errant public.

“I didn’t kill anyone. God spoke to me and asked me to deal with bad people," she claimed.

According to her, she was fighting back after unknown people attacked a prayer session she was having with her boyfriend at Kahawa West near the railway crossing.