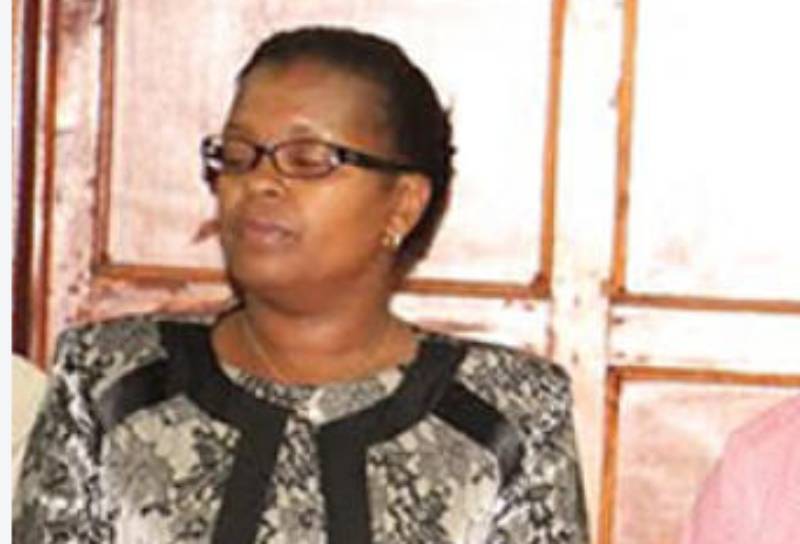 A businesswoman who benefitted from money stolen from the National Youth Service has been ordered to forfeit close to Sh100 million to the State.

Lady Justice Mumbi Ngugi yesterday ordered Charity Wangui Gethi (pictured) and her associate Samuel Wachenje to forfeit the money being proceeds of crime after finding out that she illegally acquired the money as part of the Sh791 million lost in the first NYS scandal in 2015.

Wangui is the mother of Ben Gethi, who the prosecution claims was one of the architects of NYS 1, where several traders are said to have received Sh791,385,000 for supplying “air” to the State agency.

Justice Ngugi ruled there was a clear chain of money trail and evidence presented by the Asset Recovery Agency that showed how part of the Sh791 million stolen from NYS moved from Josephine Kabura, another key suspect, into Wangui’s account, yet she did not supply anything to NYS.

The judge stated that although the constitution protects the right to own property, it does not recognise properties acquired through stealing public funds.

“I have found that her explanation to the source of her funds is not tenable and leaves the court with only one conclusion that the money was stolen from NYS. Issuance on the order for forfeiture is therefore not a violation of her rights,” ruled Ngugi.

She said the forfeiture order was not meant to enrich the State and deprive Wangui and Wachenje of their wealth, rather their ill-gotten gains acquired by stealing public funds.

She further stated that although Wangui was among several suspects who are still under prosecution for stealing from NYS, the fact that they have not been found guilty and convicted by the trial court does not stop the court from issuing the forfeiture order to protect public property.

“Issuance of the forfeiture orders is not dependent on whether anyone is ever convicted in relation to the stealing at NYS. She has not demonstrated the source of funds deposited in her account, and to displace the agency’s evidence that shows it was part of the NYS loot,” ruled Ngugi.

The case against Wangui and Wachenje was filed by the asset recovery body which claimed the two received the funds through a complex scheme of money laundering that involved several traders, briefcase companies and law firms that were used as conduits of sharing the loot stolen from NYS.

In the evidence provided in court, the agency submitted that the Sh791 million was paid from NYS between 2014 and 2015 to three business entities registered by Kabura.

“It was quite strange that the same day the amount was being deposited into Josephine Kabura’s accounts, the exact same quantities were being transferred to Kago’s account and then finding its way to Wangui’s accounts,” ruled Ngugi.

The agency has launched a countrywide campaign to educate Kenyans on the dangers of selling or buying such goods.

Sources revealed that Magoha led top examination and ministry officials to the printer two weeks ago to conclude the final touches.