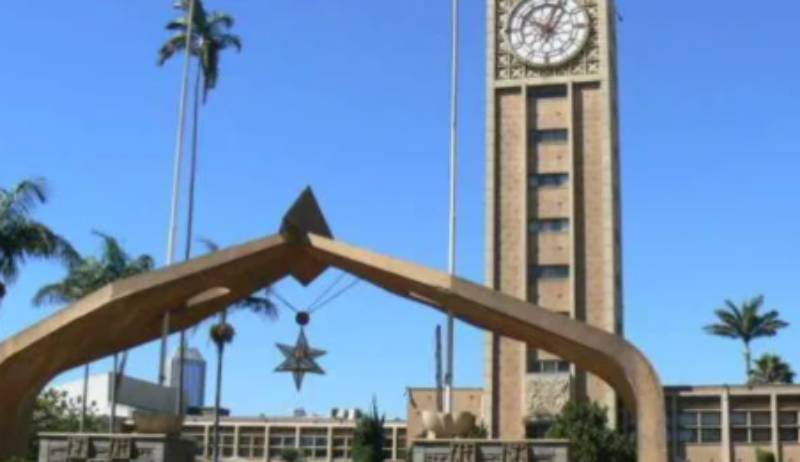 A number of lawmakers and parliamentary staff are against the move by the Parliament Service Commission (PSC) to have senior House officials hired on five-year contract that is renewable once.

The affected employees, presently on permanent and pensionable terms, will also be required to sign performance contracts annually.

The changes that took effect on January 1, 2021, affects staff on PSC Scale 14 and above.

The move by PSC, chaired by National Assembly Speaker Justin Muturi, seeks to implement Section 26 of the Parliamentary Service Act, No 22 of 2019, to put the senior management on contracts.

The  changes came to the fore even as lobbying intensified to succeed National Assembly Clerk Michael Sialai who is due for retirement.  The position is yet to be declared vacant or advertised by PSC.

A letter dated October 5, 2020, addressed to Sialai and and his Senate counterpart Jeremiah Nyegenye, which The Standard is privy to, states the commission affirms the resolutions of a special meeting held on October 2, 2020, to effect the changes.

The commission's letter states that the PSC considered a paper on the implementation of Section 26 of the PSC Act, 2019, as contained in Commission Paper No 1317 and its resolution.

“Section 26 of the Parliamentary Service Act, 2019, as read together with Section 56 (5) of the Act affects the current holders of the offices of the Clerk of the National Assembly and the Clerk of the Senate/Secretary, PSC,” reads the letter.

It is on the basis of the letter by PSC which has raised questions among some MPs and staff.

“We have information that the PSC commissioners are planning to extend Sialai’s tenure after attaining the mandatory retirement age. The Act is very clear and we will protest any move,” said an MP who sought anonymity.

Muturi dispelled assertions that the commission has resolved to engage Sialai on contract, sparking disquiet among staff, especially those in the succession line.

He nevertheless backed the decision to have senior management on contract, saying it will ensure efficiency and effectiveness of staff.

“It is not automatic that if an officer retires, those next in line assume office," said Muturi.

He said deputy directors and above will be subjected to performance contracting to increase output as is the case in other jurisdictions.

“It’s a decision taken by PSC but it should be scaled down to lower levels PSC 8 and 9 and the entry point of university graduate. This will drive output and increase performance. MPs get five years and this drives them to do their best, the same should apply to the staff,” said the Speaker.

“We are yet to meet as a commission to deliberate on this matter of the clerk. Both Houses are still on recess. No resolution has been made yet and therefore we should not be quick to jump to conclusions,” Muturi said.

He revealed that the PSC commissioners will convene at a later date and deliberate on the matter.

"The clerk is the principal advisory to the speaker. The person occupying this office’s qualification should not only be pegged on academic but experience and proper grounding of parliamentary traditions and practices,” said Muturi.

He argued that even though the law requires officers who have attained 60 years to retire, the institution’s transition should be considered.

“Personally, my view is that in a period for transition like now where we have an election coming months away, the constitutional amendment, among others, Parliament will be a key driving force. We need to think deeper about the institution and the milestone captured,” he argued.

The Act stipulates that once one attains the mandatory retirement of 60 years, they proceed on retirement as has been the case with the past office holders. But the law does not bar any commission from re-engaging an officer on contract for a specific period.

“The PSC and other institutions, including the Public Service Commission (PSC), can use its prerogative and, where need dictates, may tap into knowledge and skills held by an individual beyond the retirement age provided this is exercised on exceptional basis,” argued a senior parliamentary official.

Sialai joined Parliament in 1995 and has risen through the ranks from a committee clerk to House Clerk in the 12th Parliament.

He is credited with the coordination of the translation of the Standing Orders to Kiswahili, a feat never done since 1974.

National Assembly Minority Leader John Mbadi said Sialai is an effective officer and has been instrumental in leading the House process but added that the law should be followed.

“Personally, I have no problem with Sialai but it is just right to stick to the law. We passed the amendments to the PSC law to have senior management, clerks and directors put on contracts but this is not meant to keep others in office beyond their retirement age,” Mbadi said.

The Suba South MP said “if we extend the term, we will be setting a bad precedent."

He said that they suspected negligence on the part of the hospital leading to the unfortunate incidence whose details are scanty.

By Collins Kweyu | 17 hours ago

By Elvince Joshua | 19 hours ago

By Mate Tongola | 20 hours ago