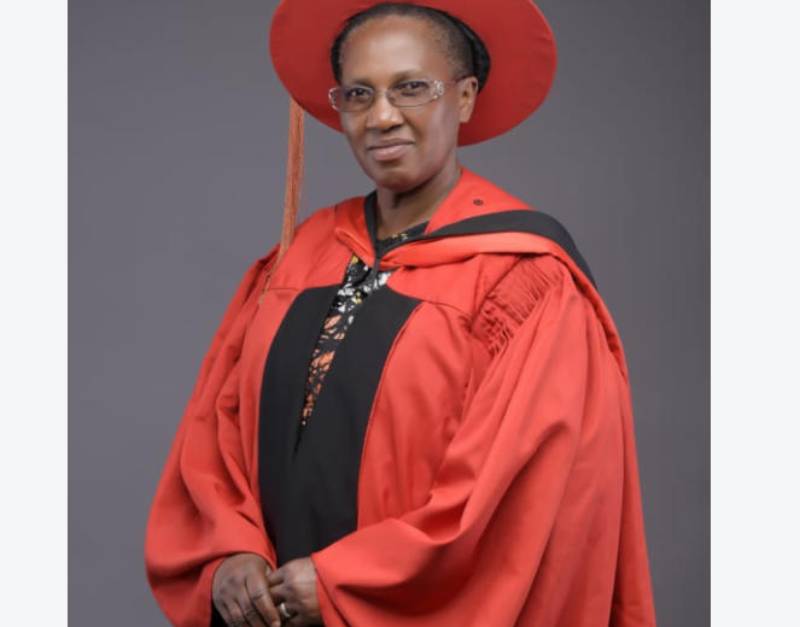 Dr Emily Onyango (pictured) has been appointed an assistant bishop of the Anglican Church of Kenya (ACK) becoming the first woman in the history of the church in the country to hold such a senior position.

Rev Onyango, the longest serving female clergy in ACK, was appointed during a special Synod of the diocese of Bondo, Siaya County, where she will deputise Prof David Kodia.

“We followed the necessary steps as required and also send her endorsement to the Standing Committee. We’ll thereafter write to the archbishop informing him that the local organs have approved the appointment,” Bishop Kodia said following Tuesday’s appointment.

Prof Kodia said they consulted widely before the appointment was made.

“Things have been very chaotic but when we, in 2019, got the approval to appoint a woman to such a position, we saw it fit for Dr Onyango to take it up because of her experience and academic background. She now becomes only the second woman to be ordained in ACK,” Kodia said.

He added: “She has what it takes. She is well educated and has trained so many people, including bishops and archbishops.”

Dr Onyango, who is also a lecturer at St Paul’s University, holds a PhD in History from the university of Wales. She has been an ACK priest and a Canon in the diocese of Bondo for years.

The university don also sits in the church’s education committee.

For decades, the conservative ACK had been reluctant to appoint women to the position bishop. Some had said such a move would be premature and needed more consideration as women are expected to be confined in their feminine roles.

However, times have been changing fast with more women being appointed bishops among the various Christian denominations. Onyango’s appointment may be a sign that Kenyan Anglicans are ready for women bishops.

In its Synod sitting in December 2013, the Diocese of Eldoret overwhelmingly approved the proposal to elect women bishops.

Justifying the vote, the then bishop who was also the Dean of the ACK, the Rt Rev Joseph Wasonga said the Kenyan church understood the ministry to be a functional office.

“Ministry belongs to all who are baptised, be they men or women, and as such no one can deny the other an opportunity to serve in whatever capacity,” Bishop Wasonga said.

But the more significant development was the formal nomination of a woman priest, Rev Canon Rosemary Mbogo, the Provincial Secretary of ACK who is also the chairman of the National Council Of Churches Of Kenya, to vie for bishopric election in Embu.

She was second clergy to be nominated after Rev Lydia Mwaniki for Kirinyaga diocesan.

Africa got its first female Anglican bishop on July 18, 2012. The Rt Rev Ellinah Wamukoya who was elected as fifth bishop of the Diocese of Swaziland has her roots in Kenya.

She is married to Wamukoya Kadima, a Kenyan agriculturist from Mumias diocese.

The first woman to become a bishop in the Anglican Communion was Barbara Harris, who was consecrated the suffragan Bishop of Massachusetts in the Episcopal Church in America in February 1989. A suffragan bishop serves as an assistant to a diocesan bishop.

The Anglican Communion is the third-largest grouping of Christians in the world with about 85 million members. It is made up of 40 autonomous provinces, twelve of which have consecrated women as bishops.

Deacons are the initial order of clergy. Deacons are able to officiate marriages and funerals but they do not preside at Holy Communion.

In churches that ordain women as priests, the diaconate (office of deacon) is usually a stepping stone to priesthood. The role of a bishop is to be a “shepherd,” an authoritative teacher with pastoral oversight over a diocese.

Most Anglican provinces choose their bishops by election.

The Anglican Church in Aotearoa, New Zealand and Polynesia was the first province to elect a woman as a diocesan bishop, when Penny Jamieson was chosen as Bishop of Dunedin in 1989.

Two African provinces have elected women as bishops, in Southern Africa and South Sudan. The Church of South India elected Eggoni Pushpa Lalitha as Bishop of Nandyal in 2013.

The only woman bishop on the South America is Marinez Santos Bassotto, elected bishop of the Amazon in 2018.

In 2013, a first woman bishop in the church was elected in Ireland while Scottish Episcopal Church agreed in 2003 that women could become bishops.

The governing body of the Church in Wales passed a bill providing for women bishops in 2013. But the first woman bishop was later elected in 2017.

Notably, the Church of England, in 2014, provided a legislation that allows women to become bishops and in a month, a woman took the office of bishop.

Sarah Mullaly, the Bishop of London, is the considered church’s most senior woman bishop.

By Brian Ngugi 50 mins ago
Premium Hustler fund: The good, bad and ugly