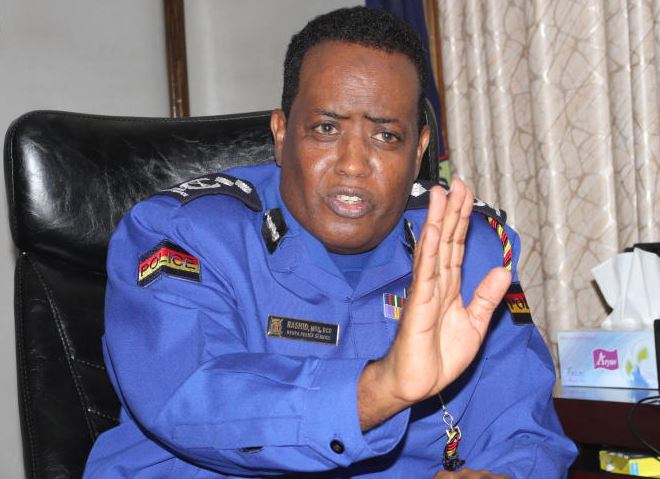 While addressing a press brief in Nairobi yesterday, he said anyone with information on officers working with criminals should report to his office so that immediate action can be taken.

Yakub was fielding questions from journalists who sought to know what the police chief was doing to deal with officers who were said to be offering protection to criminals.

“We are ready to take action on any officer involved and members of the public should provide information,” Yakub said.

Eight minutes of horror in hands of rogue officers

Eight minutes of horror in hands of rogue officers

The police boss spoke at the Nairobi Area Police Headquarters as he displayed laptops, mobile phones and other items recovered by his officers in an operation to weed out businessmen dealing in stolen goods.

The operation was launched following public complaints on increased cases of mugging within the CBD. The complaints were raised during an interactive forum between the Inspector General of police Hilary Mutyambai and the public on Twitter who claimed that some officers were colluding with criminals.

Yesterday Yakub asked those who may have lost their laptops or mobile phones to report to the Nairobi County Police headquarters.

Among the items recovered in the last eight days include 250 laptops and 84 mobile phones.

By Mireri Junior | 12 minutes ago