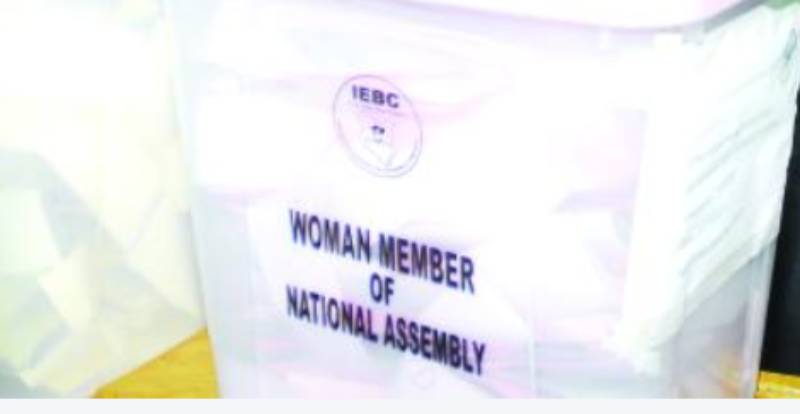 Proposals in a document that seeks to make changes to the Constitution have elicited debate on how gender parity would be achieved.

In the Building Bridges Initiative (BBI) report, the positions of County Woman Representative as well as nominated leaders in both the Senate and National Assembly have been abolished.

The 204-page report instead proposes that a total of 94 senators comprising one man and one woman be elected in each of the 47 counties.

It also proposes that the holders of governor and deputy governor positions be of the opposite gender, with the deputy assigned a county executive committee portfolio.

Should the changes be implemented, political parties will have to provide the Independent Electoral and Boundaries Commission with a list of candidates that complies with the two-thirds gender rule.

The report, a product of a 14-member task force led by Garissa Senator Yusuf Haji, was handed to President Uhuru Kenyatta and ODM leader Raila Odinga at the Kisii State Lodge on Wednesday.

But Community Advocacy and Awareness Trust Executive Director Daisy Amdany says it would be unfair to abolish the Woman Rep position.

“Women have not complained that the seat has not worked so who is this complaining and pushing for the changes on their behalf? How will regional representation be guaranteed now that we are taking that away?” posed Ms Amdany.

According to Amdany, there is no guarantee that women will be included in the ballot. “They are making a mockery of the nomination process that they now want to use against the women. These proposals are there to remove the provision of women’s inclusivity. They (women) are being short-changed.”

Former FIDA Kenya chairperson Joyce Majiwa echoed Amdany’s sentiments, arguing that the positions should only be scrapped if the gender rule has been effected.

“Those gates should not be removed before gender parity has been exercised. More opportunities like that should rather be created. We need to first reach parity before removing such slots that are meant for women,” said Ms Majiwa.

But Nzamba Kitonga–who chaired the defunct Committee of Experts that authored the Constitution in 2010–said that if there is an assurance of attaining the two-thirds gender rule, scrapping the seats should not be opposed.

“If doing away with the Woman Rep positions will create gender parity, then it is a good move. But then again, it is good to note that Parliament is getting more bloated. We need to look for a new formula,” said Kitonga.

“Removing the Woman Rep position will ensure that there is parity in the Senate. Gender equality must be based on the Constitution, and we should be careful not to discriminate against one gender,” said Prof Kagwanja.

On Friday, a group of women leaders also threw their weight behind the report.

Led by Kitui Governor Charity Ngilu, the leaders said the proposals set the stage to advance gender constitutional gains the country has made since Independence.

“With 35 per cent of the country’s revenue going to the counties, we now need to push for 35 per cent of it to go to programmes and projects that affect women such as water, food and health,” said Mrs Ngilu.

The governor was referring to a proposal to increase shared revenue allocation from the national government to counties from the current 15 per cent to 35 per cent.

The women, however, noted that the proposals were silent on the application of the gender rule in the proposed expanded Executive. The report calls for the creation of the positions of prime minister and two deputies.

The Woman Representative seat was introduced in the 2010 Constitution as an affirmative action strategy, and it has been mired in controversy with critics arguing that it only served to push up the country’s wage bill.

In 2015, National Assembly Speaker Justin Muturi proposed that the woman MP position be abolished as the country grappled for a solution to the two-thirds gender rule dilemma.

Kenyans have elected Woman Reps since 2013. Their roles include promoting the interests of women and girls within their counties and the country at large, and sponsoring and engaging in Bills, motions and resolutions that aim to amend any disadvantages suffered by women and girls.

The Woman Reps also have a role to play in mobilising residents in their counties to identify projects that are beneficial to women and girls.

Previous article
Why MPs will be most powerful politicians if proposals are passed
Next article
Reforms will not raise our wage bill, Raila tells Kenyans