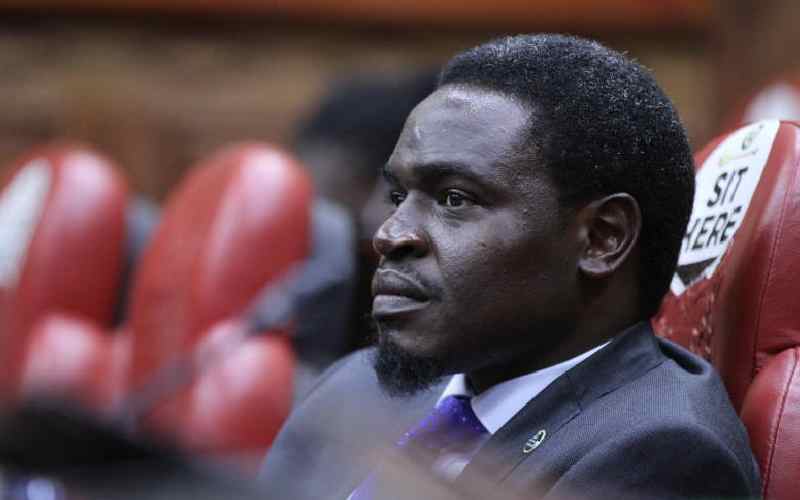 At least 20 lawyers and political activists plan to “occupy” Parliament to push for its dissolution following an advisory by Chief Justice David Maraga.

The Law Society of Kenya President Nelson Havi (pictured) wrote to Inspector General of Police Hilary Mutyambai, speakers and clerks of the Senate and National Assembly to notify them of their planned protest.

Havi asked Mutyambai to provide security for the peaceful entry of the 20 representatives from the society.

Suspects struggle to follow virtual courts as kin left out

Havi added that representatives of United Green Movement Kenya and the LSK will visit Parliament precincts at 2.30pm to coordinate with the speakers modalities of securing the area from entry by parliamentarians who effective today will have ceased exercising delegated legislative power on behalf of Kenyans.

“Please make arrangements to host the representatives who will not be more than 20 in number,” said part of the letter by the LSK boss.

The move comes in the wake of various petitions filed by several bodies and individuals in relation to the CJ’s advisory. Already at least two injunctions on the president have been issued by the courts and files sent to the CJ to constitute judges to hear the matter. Havi has in the past written to the Interior ministry and Mutyambai advising them to withdraw security details of Members of Parliament and senators.

Police authorities said yesterday they had received information that there was mobilisation for protesters to turn up in large numbers and they were planning on how to manage the situation.