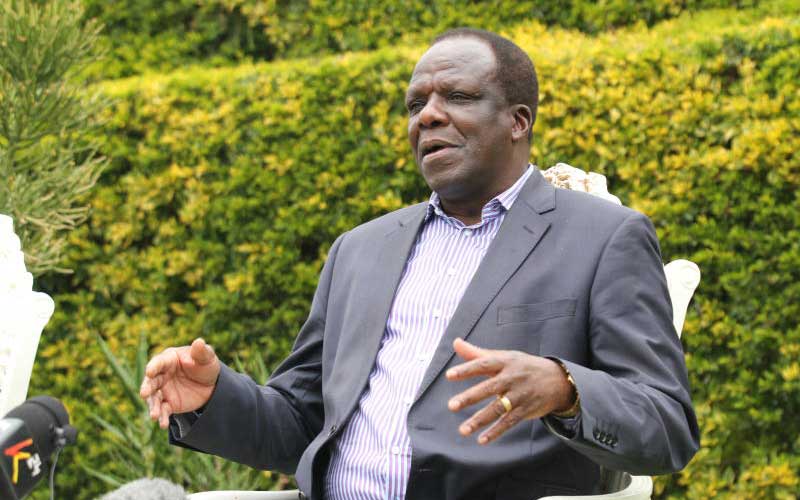 Governors want their peers facing corruption trial in court to continue enjoying the privilege of accessing their offices.

In a statement, the Council of Governors chair Wycliffe Oparanya (pictured) said the court ruling to bar officials facing graft charges was selectively targeted at governors.

Oparanya said other leaders facing similar charges continued to access their offices even as governors were being locked out.

“Tharaka Nithi Governor Muthomi Njuki, who despite surrendering himself to the EACC was not presented in time before court to take plea,” said Oparanya in the statement.

“This is not the case for MPs, who once arrested are promptly presented in court and bail issued. MPs are also not barred from accessing their CDF offices and Parliament.”

Njuki presented himself to the EACC on Monday and spent two nights in police cell before he was granted bail.

The county boss was released on a Sh6 million cash bail after denying Sh34.9 million graft charges. He was consequently barred from accessing his office until the matter is determined.

Migori Governor Okoth Obado, Mike Sonko (Nairobi) and Moses Lenolkulal (Samburu) have equally been barred from accessing their offices after being charged with graft.

Former Kiambu Governor Ferdinand Waititu was also barred on similar grounds before he was impeached from the lucrative position by the county’s MCAs.

The governors further claimed they were victims of political witch-hunt by senators.

“A number of senators are nurturing aspirations to be governors hence the deliberate efforts to portray governors as corrupt,” said Oparanya.