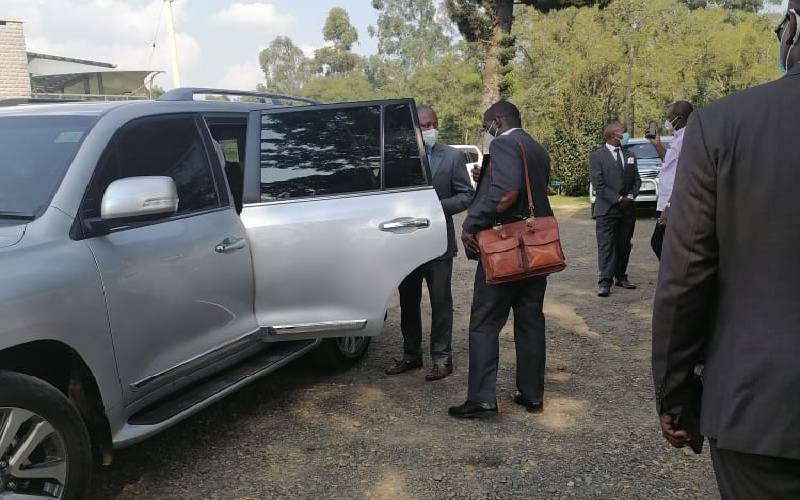 Health Cabinet Secretary Mutahi Kagwe was forced to travel by road after a chopper (pictured below) he was using developed mechanical problem. 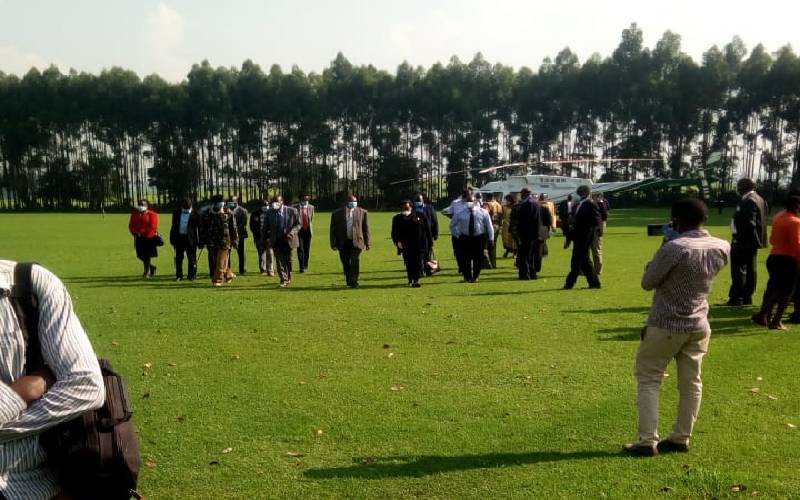 Kagwe who was in Kericho to oversee the county's Covid-19 preparedness had just had lunch at Kericho Golf Club but when he went to board the chopper, he was told he couldn't.
The CS was forced to disembark from the chopper after it failed to start despite several attempts.
This forced the CS to board his vehicle and travel by road back to Nairobi.
Kagwe toured Ainamoi Health Isolation Centre, Kericho, where the National Emergency Response Committee On Coronavirus had visited.

In recent days, the team has visited Kisii, Kakamega and Kisumu counties.

The CS described the Kericho’s preparedness as "impressive" as its hospitals and critical care equipment were in good shape. "When it comes to Covid-19 and your approach to it, I must let Kenyans know that you are an unsung hero.  At 116, your number of infections is relatively low as compared to many other counties but you nonetheless put in place numerous initiatives that are worth commending," Kagwe told Kericho Governor Paul Chepkwony.

Kagwe lauded the county’s initiative to partner with the private sector to contain the pandemic.

The cabinet secretary denounced the increasing cases of stigmatisation of those who tested positive to the virus in the county and beyond.

He implored people to learn about the virus and noted that a bulk of the cases were reported in asymptomatic people and that those who showed the symptoms recovered.

"As much as Covid-19 is a highly infectious disease, should one contract the disease, it's not itself a death sentence, and like any other disease, it will be managed by our health care workers to the extent possible," Kagwe said.

He went on, "When people recover, they no longer shed the virus and therefore there is absolutely no reason to stigmatise anyone who for whatever reasons, contracted the disease."

Kagwe said there were cases of private hospitals concealing positive test results, including from the patients, so that they can avoid stigma. He cautioned that it was mandatory that all positive Covid-19 cases be reported to the Ministry of Health.

"The patients proceed to go home where they interact with their loved ones freely, and they unknowingly put them at risk.  Why would a medic or medical facility do that and if they had no intention of disclosing the diagnosis, why test in the first place if not just to charge a patient?" he implored.