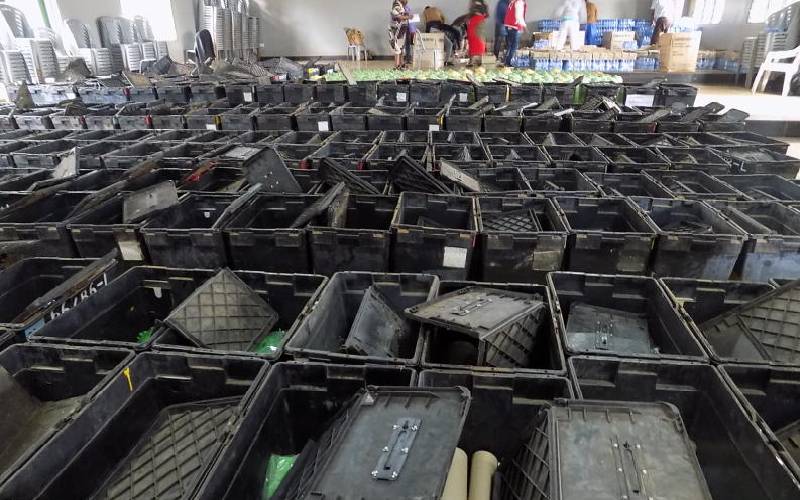 Politicians could have their popular monikers on ballot papers as opposed to their official names if a proposed amendment to the election law passes.

Elections (Amendment) Bill 2019 seeks the inclusion of a candidate’s popular name on the ballot paper to ensure they do not lose out on benefits of their nicknames.

Nyeri Senator Ephraim Maina defines “popular name” to be a name by which a candidate is known to the public but which does not appear on the candidate’s national identity card or passport.

“A candidate’s popular name may be included on a ballot paper for purposes of a party primary or an election,” reads part of the amendment Bill.

Currently, the law only permits the use of a candidate’s official name as it appears in the register of voters and in the candidate’s identification documents.

“Name recognition thus becomes an important aspect of a free and fair election and should be enabled to the fullest extent. It ensures that a voter easily identifies his or her preferred candidate on a ballot and therefore votes in the way he or she intended,” he said.

“The ultimate goal of an election is to ensure that the electorate choose their preferred leaders in a free and fair environment.”

According to Maina, to ensure the flexibility does not prejudice a free and fair election in any way, the Independent Electoral and Boundaries Commission (IEBC) would be required to approve the use of a popular name in an election.

The Bill also proposes to amend Section 109 of the Elections Act to ensure compliance with Articles 94(5) of the Constitution in the approval of Regulations made pursuant to the proposed new clauses, and the Elections Act in general.

He argues that candidates participating in an election or nomination should not be unduly restricted in the way they present themselves to the electorate on the ballot and other election related material.

Maina’s amendment must get the Senate’s nod and subsequently the National Assembly before it is presented to the president for assent. Already the Senate Justice and Legal Affairs Committee has approved the Bill report and is now awaiting passage by the plenary.

The committee led by Nyamira Senator Okong’o Mogeni will move the amendments in the Bill that he will introduce in the House for the third reading – also known as the Committee of the Whole House.

Previous article
Five held after woman killed
Next article
US to act on TikTok, other Chinese apps in coming days: White House